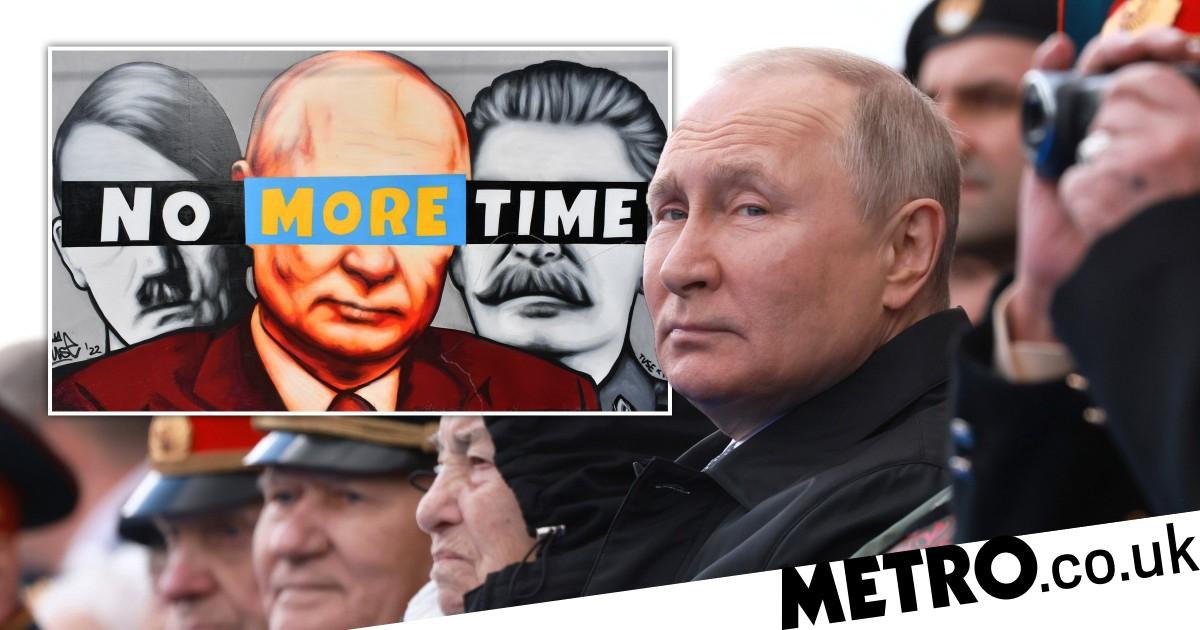 Mateusz Morawiecki said the Russian president has weapons and cultural tools at his fingertips that were not available to 20th-century dictators.

The Kremlin’s propaganda machine has “infected the internet,” he said, calling on the West to crack down on Russia’s influence around the world.

In comments that go far beyond other Western leaders, he described Mr Putin’s worldview as the equivalent of communism and Nazism.

In The Telegraph, the prime minister denounced the ‘Russkiy Mir’ concept, which encompasses the Russian language, culture and the Eastern Orthodox Church.

Russian nationalists like Mr. Putin view it as a counterweight to Western values ​​and it has been used as a justification for hardliners seeking to restore the area previously part of the Russian Empire and the Soviet Union.

Morawiecki wrote that support for Ukraine is “not enough” and calls on the West to “completely eradicate this monstrous new ideology.”

He wrote: ‘Just as Germany was once subject to denazification, today the only chance for Russia and the civilized world is ‘deputinization’.

“If we do not immediately engage in this task, we will lose not only Ukraine, but also our souls and our freedom and sovereignty.

Because Russia doesn’t stop at Kiev. She’s gone on a long march to the West and it’s up to us to decide where to put her.’

Boris Johnson repeated his words during a visit to Sweden to sign a defense deal today, some of his strongest remarks since the start of the crisis.

He pointed out that the meeting took place the same week as Europe marked the anniversary of Nazi Germany’s defeat.

Mr Johnson said: ‘This week many of us paid tribute to the brave men and women who secured victory and peace in Europe 77 years ago.

“So, it’s a sad irony that we’ve been forced to discuss how best to fortify our shared defenses against the empty conceit of a 21st-century tyrant.”