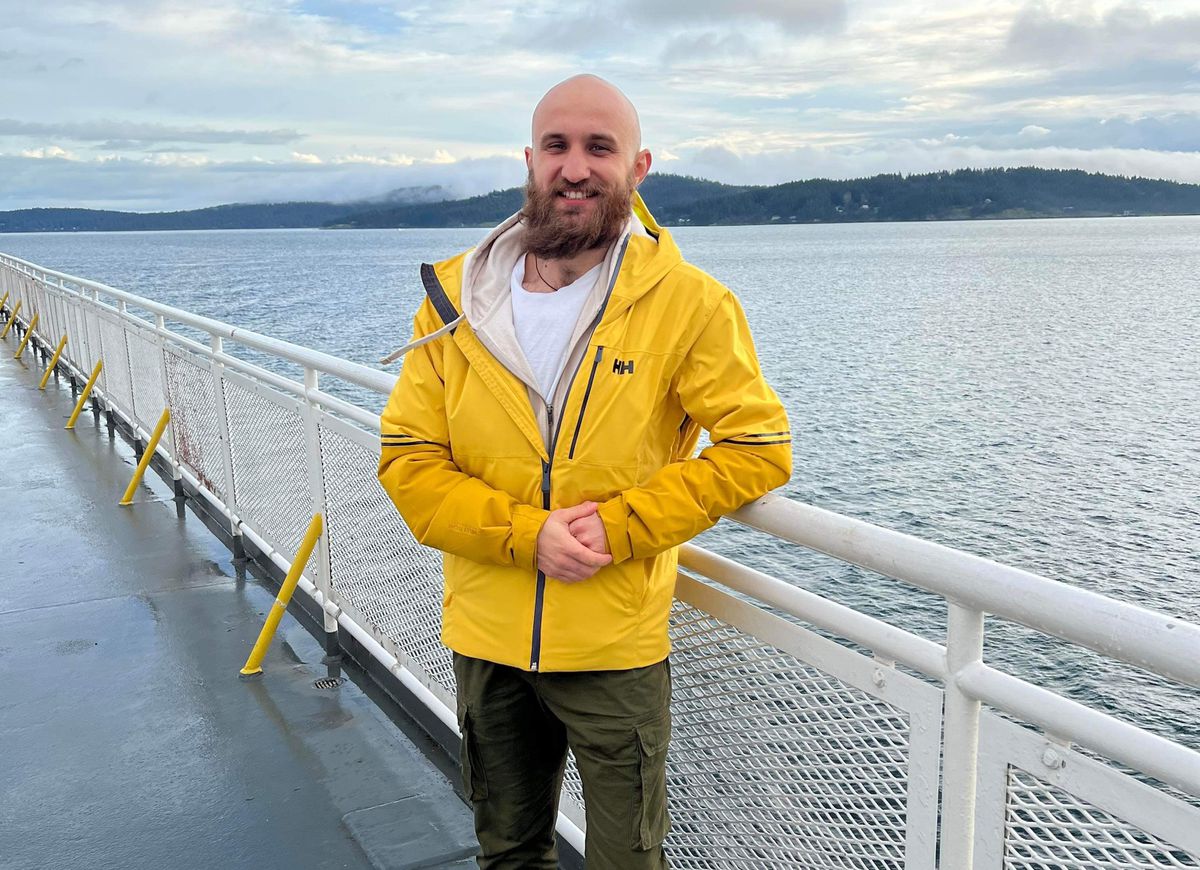 Oleh Hlyniailiuk is a year too young to join the military and has no previous combat experience, but that hasn’t stopped him from helping out with the war effort in Ukraine.

The 26-year-old said he is co-ordinating with charities in Canada, Austria and Poland from Kolomyia, a city in western Ukraine. The supplies he’s helping to acquire include everything from food to flashlights, boots, batteries, over-the-counter medicines and tactical gear.

On March 2, Hlyniailiuk left from Vancouver, where he had been living since November, to answer Ukraine’s call for help when Russia attacked. He flew to Austria, then reached the Ukraine-Poland border after an eight-hour car-ride.

“I can tell that it was only with God’s help that I got here because it was a pretty hard way,” he said.

Since landing in his hometown, he is co-ordinating for supplies from other countries and also helping his mother, who runs a restaurant in the city centre.

It’s a “bit scary” to fall asleep at night because of the uncertainty that the day brings, he said in a Facebook call from the charity center where he volunteers.

“The first thing I do when I wake up is thank that I’m alive and then I check the news.”

“I would love to travel in BC right now and do some hiking and trekking,” he said with a laugh.

The days have simply reported into each other, he said.

“Except Sunday. I just tried to have some rest on Sunday,” Hlyniailiuk said. “To be honest with you, I wanted to watch, just something, what is not related to war.”

But he ended up spending a few hours chatting with charities sending supplies, he said.

“I couldn’t watch anything. But I had some time, maybe 30 minutes, to read a book. The Bible. It gives power.”

In 2020, Hlyniailiuk spent three months in a monastery studying to be a monk.

“I just was considering the option but I understood that it’s not my way,” he said. “It wasn’t, at least at that time.”

On Monday, the city, which has taken in refugees from other parts of Ukraine, buzzed with activity, but Hlyniailiuk said the city he returned to is not the same.

“There were so many abandoned cars and so much garbage on the road. It was horrible.”

His cherished memories of Kolomyia are strolling to his preferred cafe, watching life through the window of his home or sitting under his favorite tree enjoying a sunny day, he said.

“The tree is still standing, but it’s not enjoyable as it was before. There’s no peace. The cafe is still open, but it’s always full of people and it’s a crazy atmosphere. Not peaceful and calm as it was.”

Our Morning Update and Evening Update newsletters are written by Globe editors, giving you a concise summary of the day’s most important headlines. Sign up today†