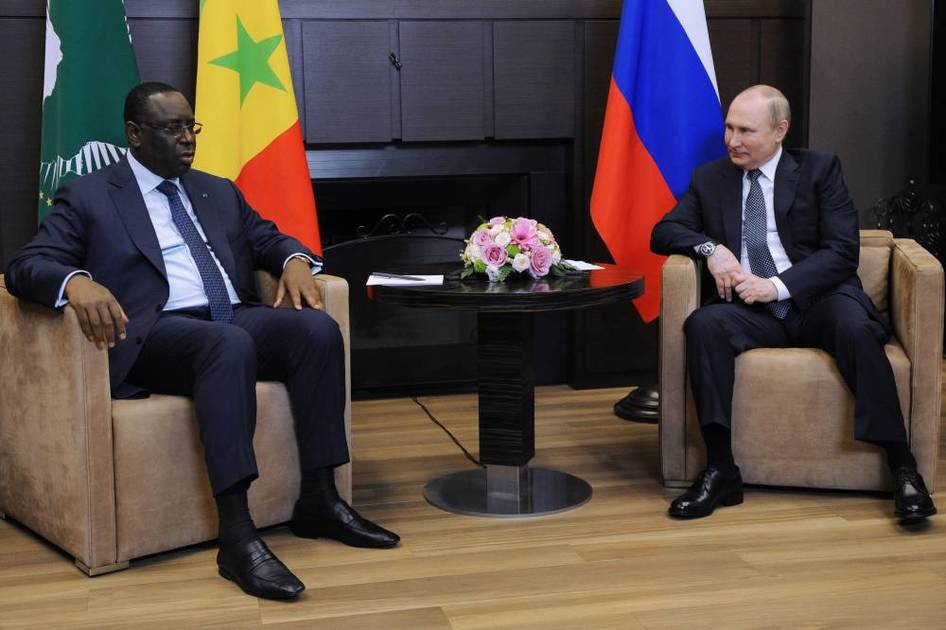 Moscow – AFP
The head of the African Union asked Senegalese President Macky Sall on Friday from Russian President Vladimir Putin to realize that African countries are “victims” of the conflict in Ukraine, amid fears of a global food crisis.
He said at the beginning of the meeting in Sochi, southern Russia: “I have come to meet you to ask you to realize that our countries are victims of this crisis in the economic field.”
The United Nations fears famine, especially in African countries that used to import more than half of the wheat they need from Ukraine or Russia, while the conflict has prevented any ship from leaving Ukraine’s ports.
Sall stressed that African countries are suffering the consequences of the Russian attack on Ukraine, while most African countries have not condemned Russia in the two votes at the United Nations, and that with Asia, the Middle East and Latin America a large part of humanity preferred to remain outside the conflict.
Macky Sall revealed that tensions in the food sector as a result of the conflict were exacerbated by Western sanctions against Russia’s logistical, commercial and financial network.
He therefore called for the food sector to be kept “out of the sanctions” imposed by Westerners in response to the Russian military attack.
The Senegalese president said: “The sanctions against Russia have caused more suffering. We no longer have access to grains exported from Russia, but especially fertilizers… This poses a serious threat to food security on the continent.”
For his part, Putin did not discuss this issue in the public part of the meeting.
He reaffirmed the Soviet Union’s support for African countries in their struggle against colonialism and praised the development of Russia-Africa relations.
Macky Sall is visiting Russia amid fears of a global food crisis after the Russian attack on Ukraine crippled the food exports of the two farming giants.
This led to higher grain prices than during the Arab Spring of 2011 and to food riots in 2008.
The Kremlin had previously announced that Putin wanted to take the opportunity to give Macky Sall a full explanation of his view on the situation regarding Ukrainian grain.
He added that Ukraine and Westerners are responsible for the emerging food crisis.