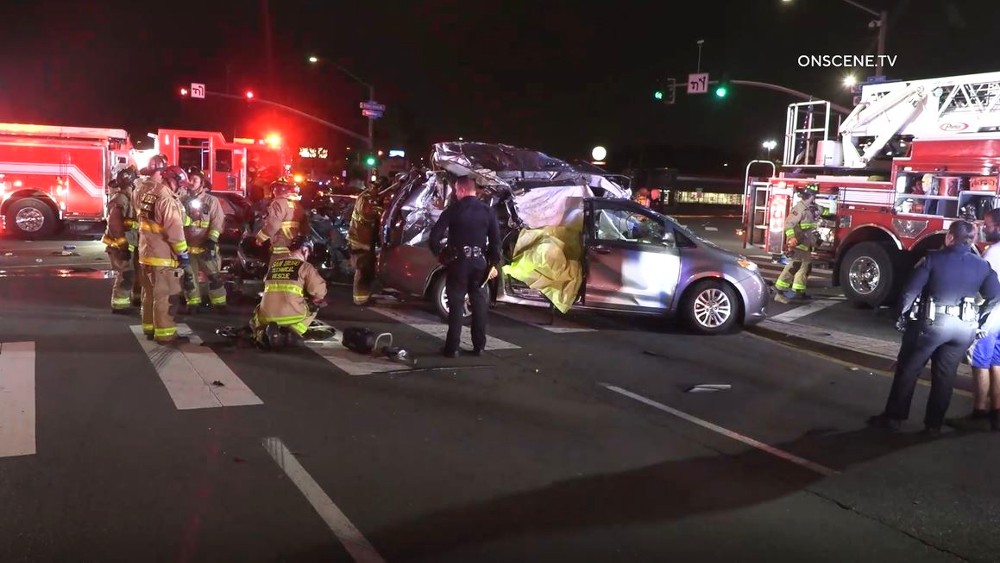 Two people have been killed and three others injured in a two-vehicle crash in the San Diego, Midway area, authorities said Sunday.

A 31-year-old man speeding in a 1999 Toyota Tacoma truck westbound on the 2900 block of Sports Arena Boulevard hit a median strip and went airborne.

The truck landed on top of a 2015 Toyota Sienna van heading north, at 3800 block of Rosecrans Street, with four occupants.

A man and a woman in the van died at the scene. Paramedics rushed the two other people in the van to a hospital, where their condition was unknown.

The 31-year-old driver of the pickup, who suffered fractures and other injuries, was taken to a hospital in the region.

Authorities at the scene said drink-driving may have been a factor in the fatal collision.

The San Diego Police Department urged anyone with information about the crash to call San Diego County Crime Stoppers at 888-580-8477.

City News Service and OnScene.TV contributed to this article.