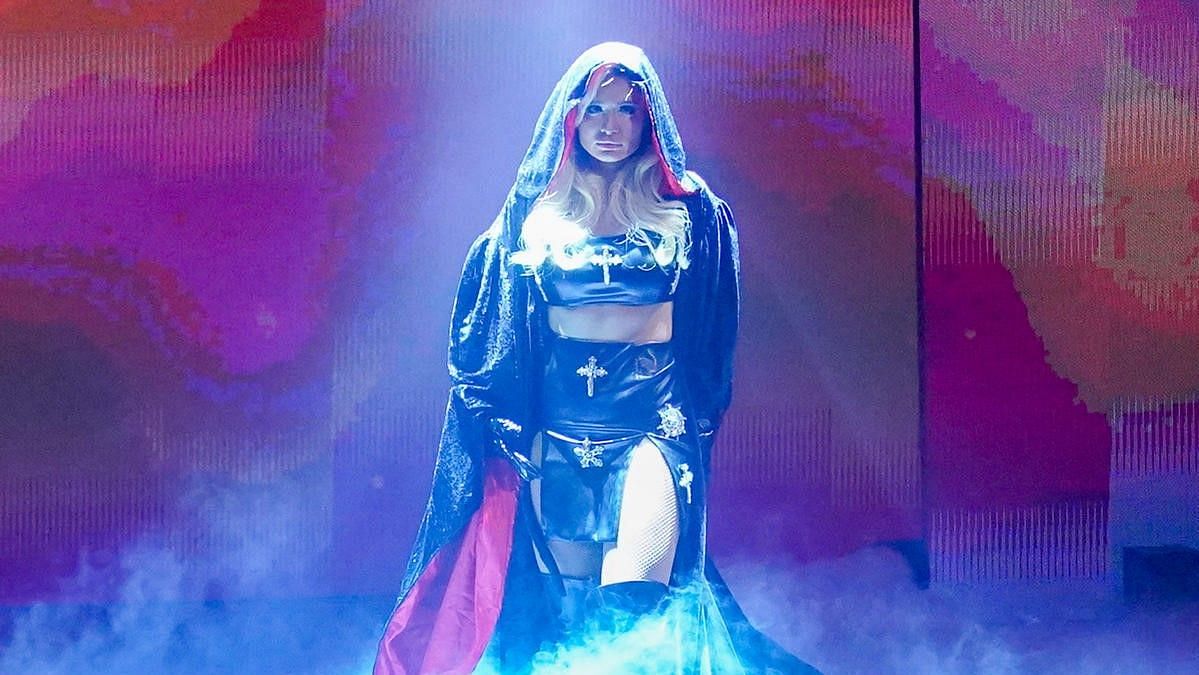 Gunther was set to defend his Intercontinental Championship in this week’s WWE SmackDown main event. Shinsuke Nakamura wanted to dethrone The Ring General and start a new reign as IC champion.

Liv Morgan and Shayna Baszler were ready for their contract signing segment. As expected, the interaction ended chaotic. A brawl between Kofi Kingston and The Viking Raiders took their rivalry to the next level.

Additionally, the race to capture the Undisputed WWE Universal Championship intensified after Karrion Kross returned to SmackDown last week. It was another entertaining episode of the show that kept fans glued to their screens.

Check out the five things WWE SmackDown did right on this week’s show.

Raquel Rodriguez and Aliyah teamed up to take on Shotzi and Xia Li in the first match of WWE SmackDown. The two teams were looking to progress in the WWE Women’s Tag Team Championship Tournament.

Shotzi tried to pin Raquel early, but the powerhouse wasn’t ready to go down that quickly. She countered a DDT from Shotzi and knocked her away before Aliyah and Li came in.

Natalya and Sonya Deville tried to intervene, but Shotzi and Raquel teamed up to take them out. Aliyah was isolated from the heels for some time, but resisted a vertical suplex from Li to tap Raquel in.

Big Mami Cool ran through her opponents and made some big moves before going for the Texana Bomb. Xia interrupted the move before Aliyah took her. Li took the Texana bomb from Rodriguez and was pinned down.

Aliyah and Raquel made a good team on SmackDown and did well to take home the win. They are one of the favorite teams to win the tournament alongside Dakota Kai and Iyo Sky.

Karrion Kross did a backstage promo saying that Roman Reigns and Drew McIntyre were “the chosen one” while he and Scarlett weren’t. He talked himself out of it and sent a few threats to the top men on the roster as WWE SmackDown continued.

McIntyre walked to the center and said Kross attacked him last week to warn Roman Reigns. However, the Scottish warrior was ready to get his retribution soon.

Scarlett came out to distract Drew and exchange a few words. The Usos attacked the latter from behind and knocked him down with 1D. Jimmy and Jey also tried to threaten Scarlett, but she laughed it off as the segment came to an end.

SmackDown does an excellent job of making the title feud even more entertaining. Kross could cost McIntyre his championship game at Clash at the Castle before becoming the next challenger himself.

It’s the perfect way to keep the rivalry fresh and extend Reigns’ reign as the company’s top champion.

Later in the evening, McIntyre rushed to The Bloodline’s dressing room and put Jimmy and Jey Uso down as Sami Zayn ran away. It led to a match between The Usos and the team of McIntyre and Madcap Moss, which was won by the latter duo.

A few local competitors waited in the ring for their opponents to appear on WWE SmackDown. Hit Row returned to the brand to the amazement of fans.

Top Dolla and Ashante “Thee” Adonis entered the ring for the match as B-Fab watched. The two superstars ran past the local competitors and punished them. They hit a Heavy Hitter to get an easy win.

B-Fab entered the ring and took the microphone to reintroduce the faction. The three superstars worked with Isaiah “Swerve” Scott on WWE NXT for some time before moving to the main squad and being released. They are now ready to make a statement with their return to the brand.

It was great to see Hit Row back in action on SmackDown. The new creative team could allow them to prove themselves in the company. Top Dolla and B-Fab have the potential to make it big if given the chance.

SmackDown requires a few tag teams to add more depth to the roster. Hit Row has the potential to go straight to the top and challenge the Usos to the Undisputed Tag Team Championships.

#2. Liv Morgan shook off an attack from Shayna Baszler on WWE SmackDown

Ronda Rousey jumped over the guardrail and entered the ring to address the SmackDown crowd. She said her suspension and fine were heavy, but it was the price she had to pay for being the worst.

She threw money on a table in the ring before officials came to let her leave. She came face to face with Shayna Baszler before leaving the arena.

Baszler went into the ring and warned Liv Morgan before the SmackDown Women’s Champion came out. Clash at the Castle’s two opponents were ready to sign a contract for their match.

Morgan took some shots at Baszler that didn’t sit well with The Queen of Spades. She signed the contract and attacked Morgan’s injured arm. The latter responded and sent her across the table with a rope-support bulldog as the segment ended.

WWE is still building Morgan as the underdog, even though she has the title around her waist. It will be interesting to see how she performs against one of the deadliest women in the division.

#1. Gunther and Shinsuke Nakamura put down a solid match for the Intercontinental Championship

Shinsuke Nakamura challenged Gunther for the Intercontinental Championship in the main event of WWE SmackDown. The Ring General used his dominance to corner Nakamura, but The Artist fought back with some hefty kicks.

Nakamura went for the arm bar, but Gunther fought his way out. He tried to make a splash, but Shinsuk locked him in the triangle lock.

The intercontinental champion lifted Nakamura off his feet and hit a suplex to break it. The latter refused to stay put and knocked a large suplex off the ropes to knock Gunther down. The Ring General fired back with a drop kick and pelted the Kinshasa with a clothesline. He ended his opponent with a power bomb for the win.

The two men put on an excellent game this week on SmackDown. The action was fast paced and they delivered some big moves to keep fans on the edge of their seats.

WWE should refine Gunther’s finisher to make it look more powerful. Otherwise, it looks like he’s ready to top the roster soon. Meanwhile, Shinsuke Nakamura should soon get into a new, meaningful rivalry after the loss.

We asked Bret Hart what he thought of Vince McMahon retiring here?