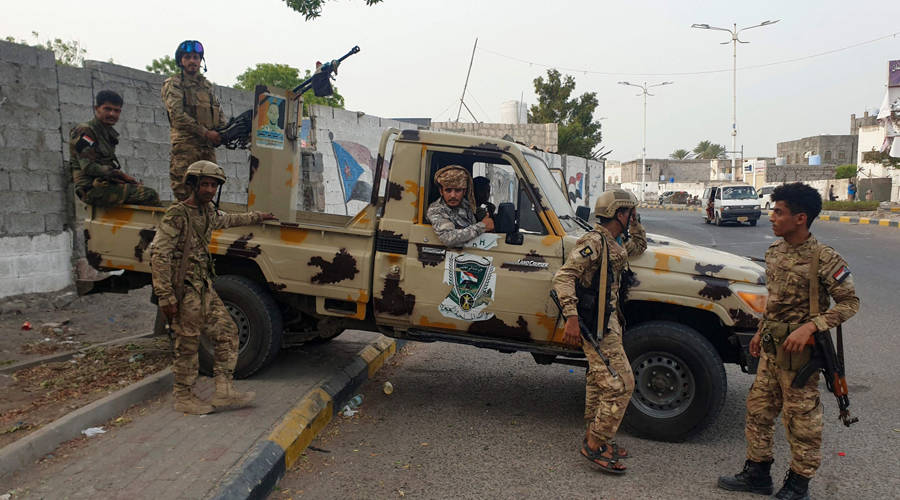 Yesterday, Wednesday, Saleh Al-Sayed, security director of Lahj Governorate, survived a botched assassination attempt in the Khor Maksar district of the temporary capital Aden when a car bomb exploded on his convoy, killing and injuring 19, including several civilians. . According to an unofficial statistic, at a time when the Houthi militias admitted to recruiting 3,000 people, despite the UN ceasefire; Days after she admitted to recruiting children.

A military source in Aden announced the deaths of 4 of al-Sayed’s escorts and 3 civilians, and the injury of 12 others, including civilians, near the explosion site. The source confirmed that Lahj’s security director survived the assassination attempt and explained that he suffered only minor injuries. While no side has claimed responsibility, authorities immediately launched an investigation to find out who was behind the terrorist operation, but it has mostly been linked to al-Qaeda cells or the Houthi coup militia, which had previously carried out attacks on officials. in Aden.

Al-Sayed vowed to the terrorist organizations “Al-Qaeda” and “ISIS” to deal painful blows in the near future. “We will very soon attack the nests of these terrorist elements with an iron fist, and their traps or their terrorist acts will not frighten us, and we will do everything we can to ensure that the criminals receive their deterrent punishment, and we will reach them,” he said in a televised statement after his escape. Al-Sayed called for solidarity and close ranks in the fight against criminal and terrorist organizations, as he described it.

On the other hand, the Houthi coup group announced the recruitment of thousands of new members within the “Central Region” or what was previously known as the Republican Guard; This is despite the continuation of the UN ceasefire declared three months ago.

And the Saba news agency, in its Houthi version, in Sana’a, reported that the “Central Military District” was celebrating the graduation of a new batch of soldiers, which it called the “three thousand” party “extreme bravery”. † Observers made it clear that most members of this group are recruited from the summer centers that the Houthi group organizes annually for students in a number of governorates under the group’s control.

This development follows warnings from Presidential Leadership Council Chairman Rashad Al-Alimi during his meeting in Riyadh with United Nations Special Envoy for Yemen, Hans Grundberg, regarding the ongoing military mobilization and general mobilization of the Houthi -group. poses a serious threat to the future of the declared ceasefire. Earlier this month, the United Nations accused Houthis of continuing to recruit children despite signing a memorandum of understanding with them to end these violations and begin demobilizing children under the rule of law. 18 years standing in their ranks.

Less than two weeks ago, two Houthi officials said the group had recruited hundreds of children in the past two months, including children as young as 10 years old. They said these children had been sent to the front lines as part of the reinforcement of the troops during the ceasefire negotiated by the United Nations, which lasted more than two months. The two officials, both hardliners within the Houthi movement, said they saw nothing wrong with the practice; Since boys from 10 to 12 years old are considered men. (desks)