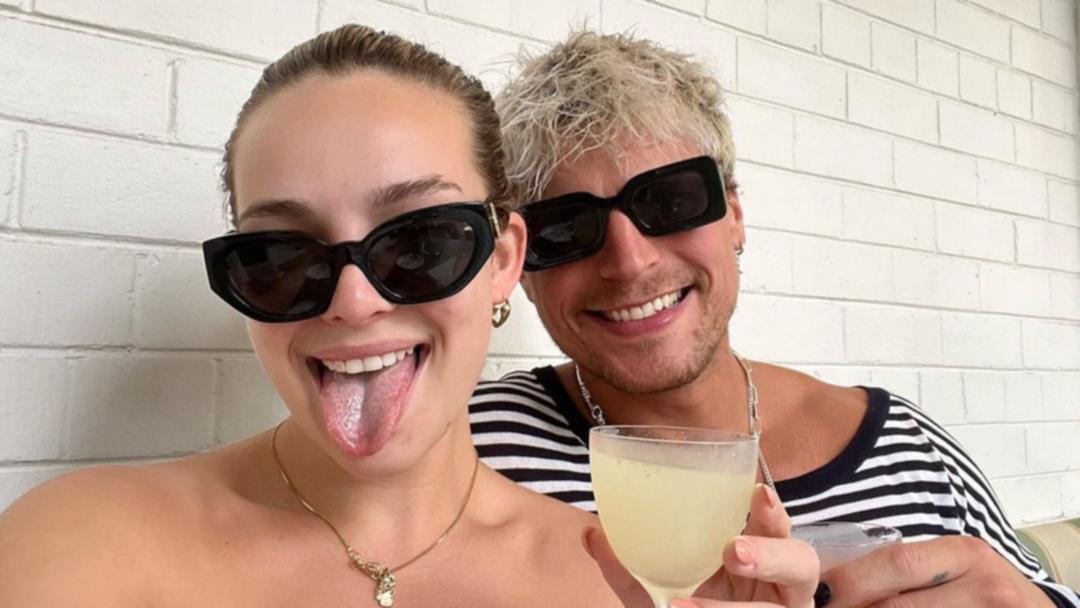 Abbie Chatfield has given fans an update on her open relationship and it doesn’t sound great.

The former Bachelor star revealed on her podcast ‘IT’S A LOT’ that she hasn’t been intimate with boyfriend Konrad Bien-Stephen in weeks.

“We haven’t had sex for three and a half weeks,” she said.

“We’ve only had one night together, like a real night where I’m not at work and we’re not apart.”

The controversial social media personality said she was having “a lot of trouble with libido” and speculated it could be a urinary tract infection.

Chatfield said she feared her low libido meant she no longer had feelings for Konrad, but after talking with her therapist, who used Maslow’s hierarchy of needs to explain to Chatfield, she realized that her basic “psychological needs” were not fulfilled.

So her therapist assured her that once she gets her sleep and eating under control, she most likely wants to be intimate with her partner again.

The 26-year-old was praised by Instagram users for being so open about her struggles.

One follower wrote: “As a 66-year-old woman I can tip my hat to you for your honesty and openness. You have no idea how many women you are going to help. Bravo, you are my hero.”

Every comment from Konrad was remarkably absent, but all seemed well on his Instagram page with the former Bachelorette contestant sharing his top relationship priorities.

The 31-year-old carpenter said during a sponsored eharmony video that “trust, support and communication are the most important things in a relationship”.