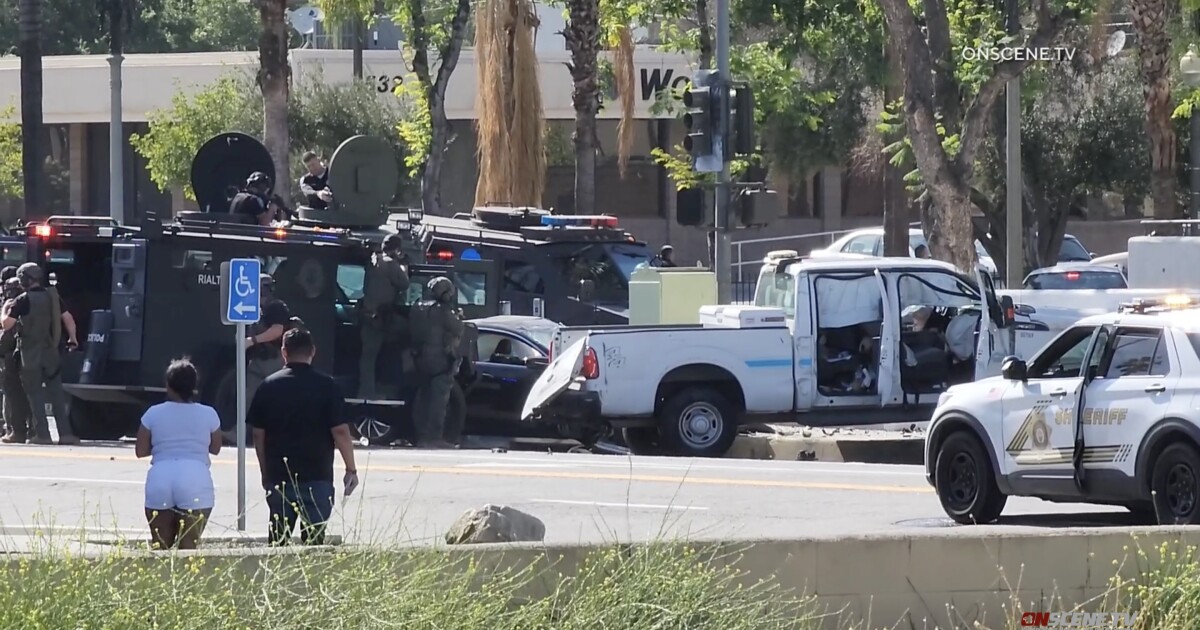 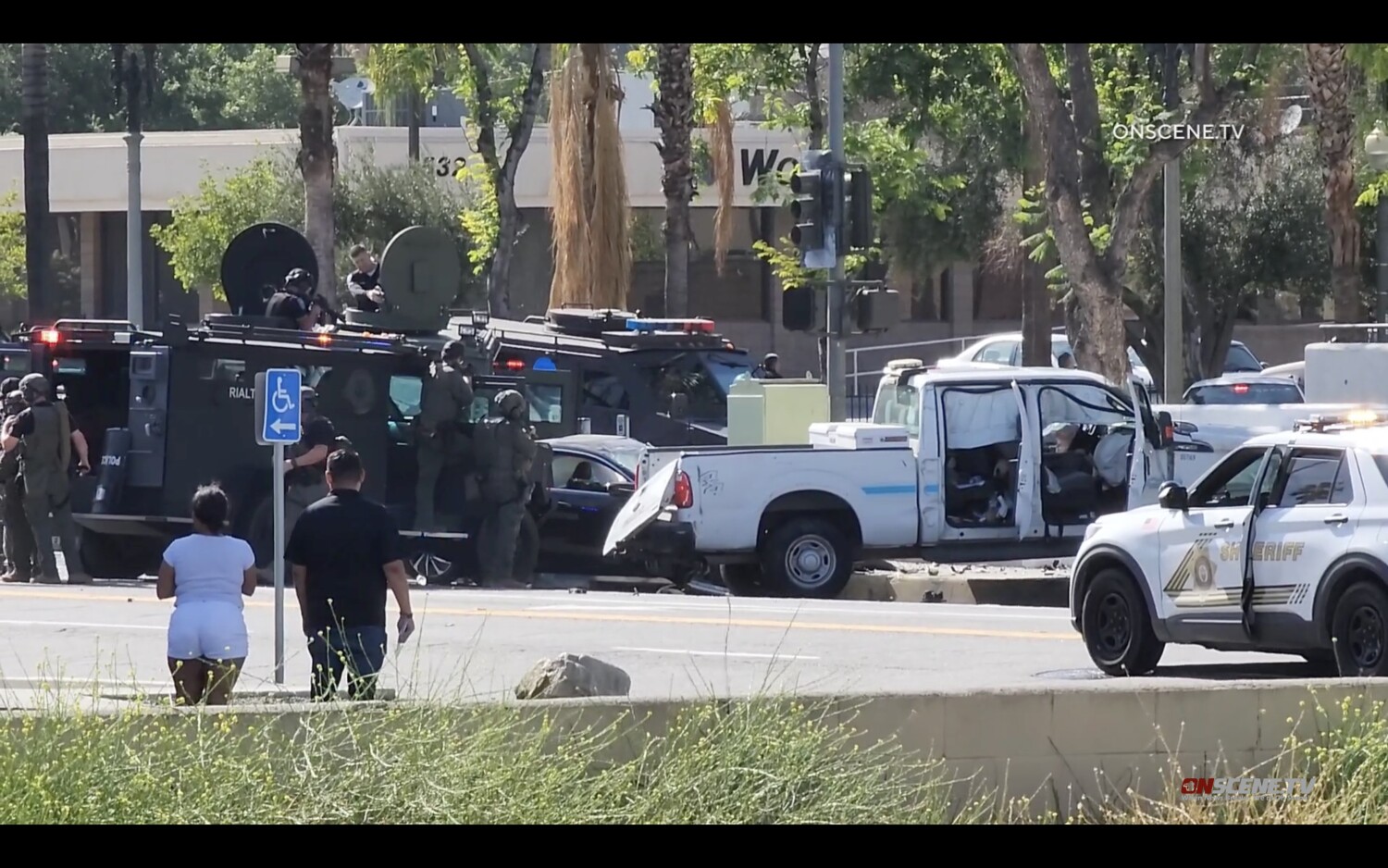 Authorities shot dead a bank robbery suspect after a chase that ended in San Bernardino on Thursday, officials confirmed.

Emergency services were called around 3:45 p.m. after an alarm went off at a closed bank in Grand Terrace, a small town south of Colton, said Mara Rodriguez, a spokesman for the San Bernardino County Sheriff’s Department.

Shortly after, Colton police were called to a robbery at a Chase Bank on Cooley Drive and Washington Street in Colton, Rodriguez said.

Authorities saw the suspect’s vehicle and began a chase, which ended at 5th and D Street in San Bernardino, north of Colton, Rodriguez said.

Gloria Huerta, a spokesman for the sheriff, told KNBC-TV Channel 4 that officers stuck out spike strips and that the chase ended when the suspect crashed into another person’s vehicle.

Officers and officers tried to stop a traffic violation, but the suspect grabbed a rifle and fired at them, Huerta told the news station. They fired back and fatally wounded the suspect.

Rodriguez said no deputies, officers or other people were injured.

“Multiple agencies have responded to this incident and the investigation is ongoing,” she said. “Further information will be released at a later date.”

Sergeant Equino Thomas, a spokesman for the San Bernardino Police Department, said officers from his agency responded to the shooting because it was within their jurisdiction, but San Bernardino officers were not involved in the incident.

A Colton Police Department spokesman could not be reached for comment.

Further information was not available.