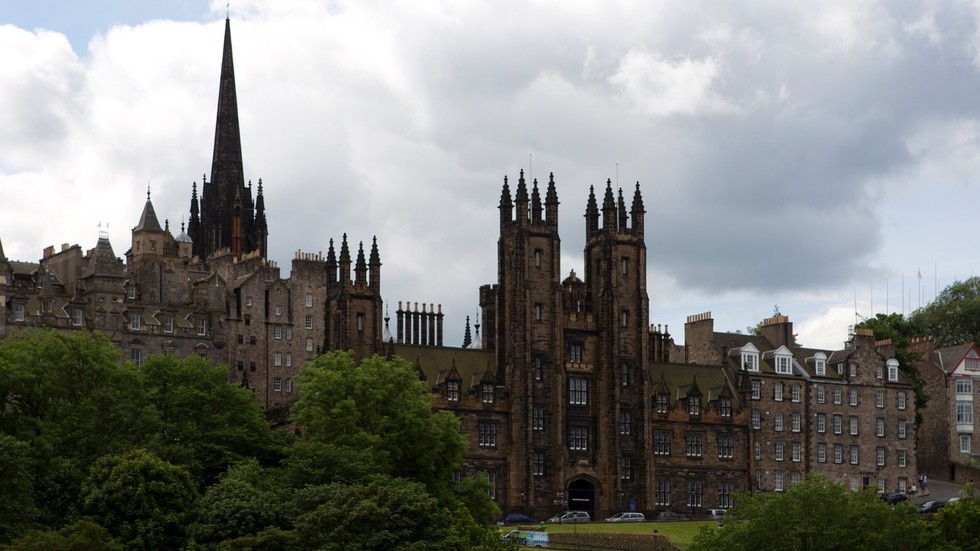 The University of Edinburgh in Scotland has urged its students to apply “disinformation” after one of his teachers was accused of spreading false Russian stories.

According to The Times and the BBC, while stating that it is committed to freedom of expression and the creation of a “safe space for staff and students to discuss controversial topics”, the university noted that it is a “strong stance against the spread of disinformation” and asked students to report their concerns about teachers.

The academic in question — Tim Hayward, a professor of environmental political theory at the University of Edinburgh — had retweeted a statement from a Russian representative to the UN, who alleged that the alleged Russian bombing of a maternity hospital in Mariupol, Ukraine was a false flag operation.

In March, Hayward also shared a link to an article questioning the reported Russian attack on a theater in Mariupol, asking “What do we know about reality?” The article suggested that the attack may have also been a false flag operation conducted by Ukrainians in an attempt to spark public outcry and provoke military intervention by the West.

The destruction of the Mariupol Theater was broadcast worldwide as an atrocity justifying West’s intervention. But what do we know about reality?https://t.co/7nEmoMnbBh

Kvitka Perehinets, a Ukrainian university student who says family members are now arguing, told the BBC she was deeply concerned about the professor’s social media activity, stating that: “The moment we start equating the two sides of the story is the moment we lose our humanity. The oppressor – in this case Russia – should not be given the same kind of platform as those who are being oppressed.”

Perehinets told the outlet that she notified the university of Professor Hayward’s tweets.

Another student, Mariangela Alejandro, expressed concern about Hayward’s statements about the alleged chemical weapons attack in Syria and his critical view of the White Helmets organization, which he shared with students during a lecture.

According to a lecture obtained by the BBC, Hayward told his students that there were two prevalent stories surrounding the alleged attack in Douma, Syria in 2018: “One story says the White Helmets helped rescue victims, provide evidence and testify about the chemical attack on Douma on April 7, 2018. Critics say the White Helmets were responsible for staging a false flag. to urge the West to overthrow the Syrian government.”

“In fact, the dispute over this case is still current,” he noticed.

The BBC wrote that Alejandro said she loved Hayward’s lecture “thinking ‘it could be true’ that the attack was fake until she spoke to a Syrian friend.” However, the article did not specify what her friend said.

Hayward has defended his teaching by stating that his course simply asks whether a claim should be accepted on the basis of one’s authority alone, adding that the concept extends to one’s own words as well.

He took on the BBC for what he sees as attacks on him and other academics who question the prevailing narrative. Following the BBC article, Hayward wrote on Twitter: “Academia should support an open discussion of propaganda, not be forced to draw an official line in an information war.”