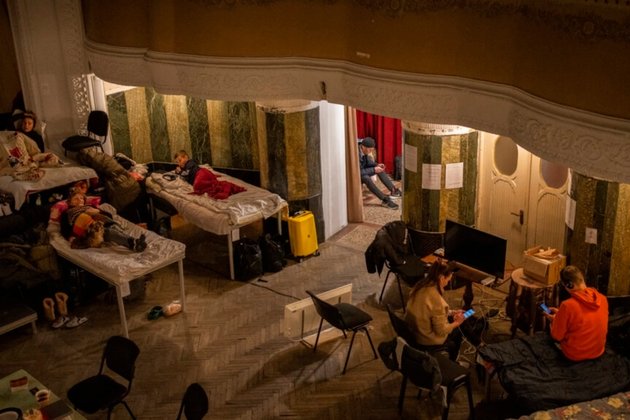 China is positioning itself as a mediator between war-divided Russia and Ukraine so as to be seen as a global leader and earn points in the West, analysts say.

Ukraine is ‘open to a negotiated settlement’ with Russia, Xinhua reported. Kuleba said his country ‘stands ready to strengthen communication with the Chinese side and looks forward to China’s mediation in achieving a cease-fire,’ the report said.

Helping to stop the war would make China seem more intent on establishing peace in Europe than on maintaining its post-Cold War friendship with Russia, which is unpopular in the West, experts say.

A mediation attempt, they say, would also divert international attention from China’s controversial goal of unifying with self-ruled Taiwan. China claims sovereignty over Taiwan and has not ruled out using force, if needed, to capture it.

What Will Taiwan Do If China Invades?

Any effort to stop the Ukraine war ‘improves China’s position from being just a passive actor to showing some leadership role,’ said Carl Thayer, professor emeritus of politics at the University of New South Wales in Australia.

‘The longer it [China] stays quiet, the more it undermines the already hard work that China has put in to portray itself as a responsible global leader,” he said.

Western leaders have described China as an expanding military power in Asia and a threat to Taiwan, which is a democracy with strong support in Europe and North America. China has the world’s largest population, at 1.4 billion; second-biggest economy, at $18.1 trillion; and the third-strongest armed forces after the United States and Russia.

When asked about Ukraine at a news conference last month, Chinese Ministry of Foreign Affairs spokesman Wang Wenbin said that respect for the sovereignty of all countries was China’s ‘consistent and principled position.’

‘This is an opportunity to demonstrate that China is not a revisionist power, that it respects international law, respects sovereignty. And if that was the case, then China would likely take a much stronger position on the Ukraine,” said Stephen Nagy, senior associate professor of politics and international studies at International Christian University in Tokyo.

Successful mediation would particularly help China ‘win kudos with Europe,’ Thayer said. That relationship, he said, could lead to more pan-Eurasian trade. In 2020, China was the third-largest partner for European Union exports and the largest partner for EU imports.

Before the call between ministers, China had avoided foreign siding openly with Russia regarding its invasion of Ukraine despite its long, deepening friendship with Moscow. Russia is a former Cold War ally of China and was the anchor of the former communist-run Soviet Union.

China shuns the word ‘invasion’ in describing the Russia-Ukraine conflict. But it did not join Russia in vetoing a US-backed UN Security Council resolution condemning the attack. Its UN ambassador has suggested that Ukraine form a ‘bridge’ between the East and West

Has China Turned its Back on ‘Best Friend’ Russia?

China’s state-run Xinhua News Agency on Wednesday lamented the spread of ‘jokes of bad taste’ about the war in ‘some ill-intentioned media.’

Russia stepped up attacks on Ukrainian cities Wednesday as both sides indicated a willingness to resume talks aimed at ending the war.

Ukrainian authorities say the attacks have killed more than 2,000 people in homes, hospitals and kindergartens.