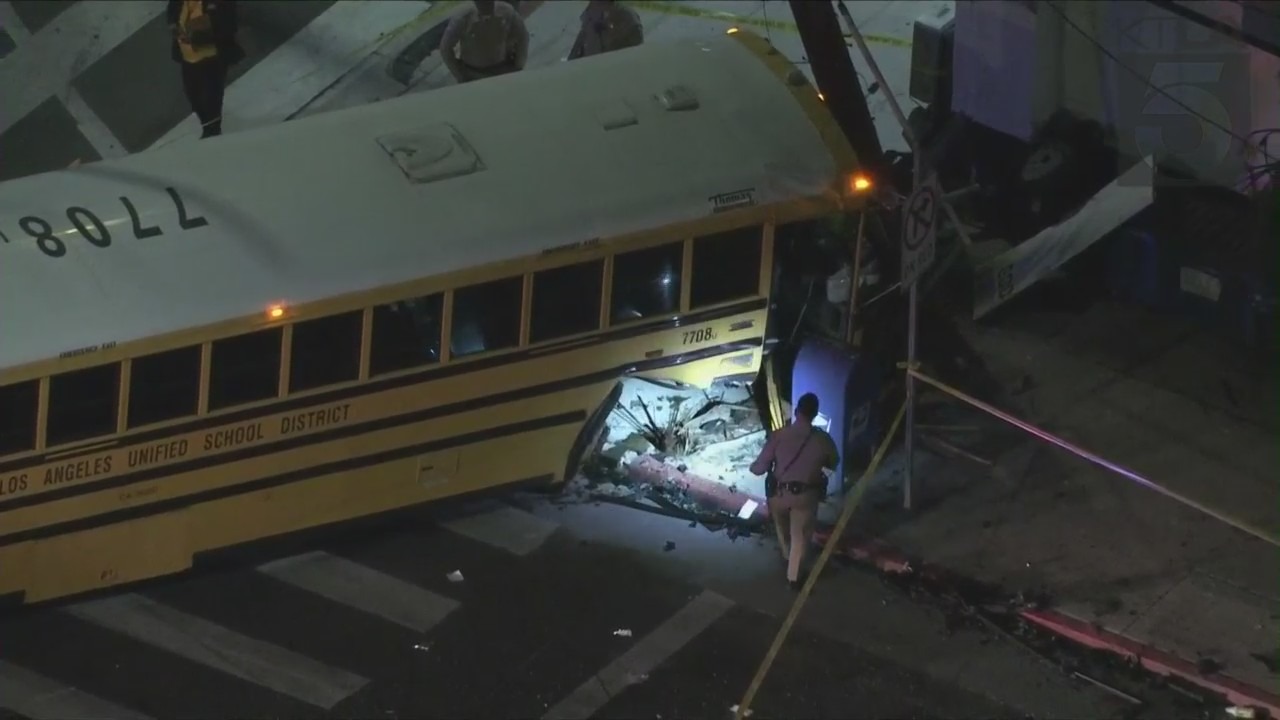 by: Cameron Kiszla, with reporting by Sam Bader

Eight people were hurt when a Los Angeles Unified School District bus collided with another vehicle in the Broadway-Manchester area of ​​South Los Angeles Wednesday night, according to the Los Angeles Fire Department.

The crash in the 200 block of West 108th Street took place at about 7:30 pm, the LAFD said in an alert, and aerial footage from Sky5 showed the other vehicle was a dark-colored SUV.

The SUV had been reported stolen, and the Los Angeles County Sheriff’s Department was in pursuit when the vehicle hit the bus, according to Deputy Meza.

It remains unknown how many passengers were on the bus, where they were headed or with which school the passengers are associated, but eight people were treated by the LAFD, including one who was taken by ambulance to a local hospital with an “unspecified injury, the Fire Department said.

Preliminary information shows that only the drivers sustained injuries, and the students on board the bus sustained no injuries, according to Officer Kendricks of the California Highway Patrol.

No deputies were injured, the LASD added.

The crash also resulted in high-voltage power lines being downed, the LAFD said, and the Los Angeles Department of Water and Power is on the way to assist.