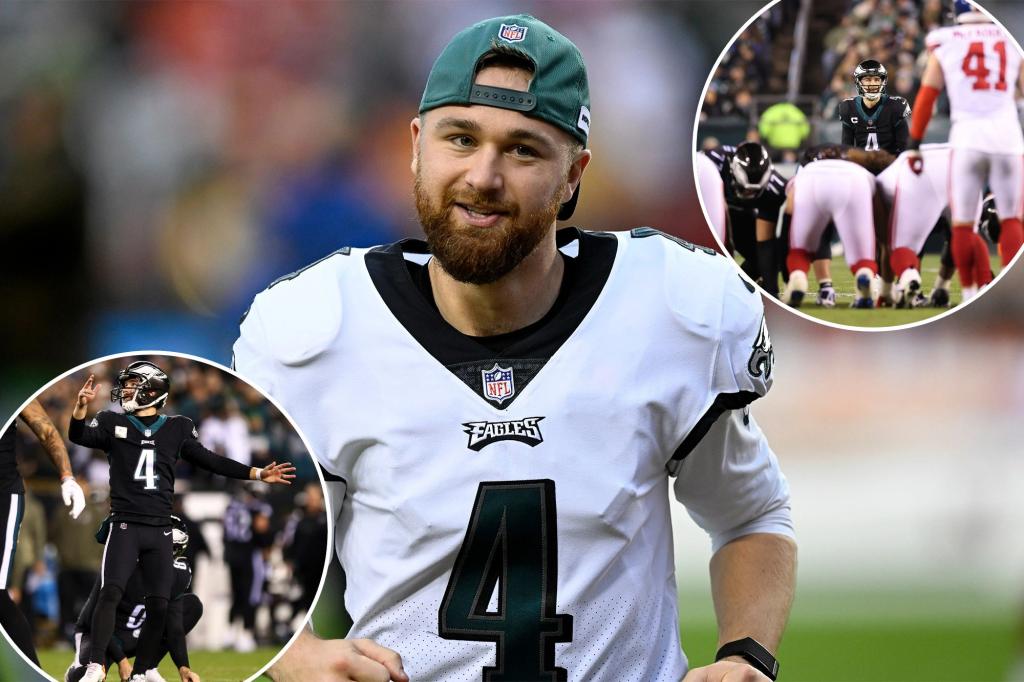 Eagles kicker Jake Elliott doesn’t think his team broke any rules by using an item to mark the kick spot. Elliott told NJ.com it’s something “probably 30 teams are doing” around the NFL.

Elliott also told NJ.com that the Eagles have spoken to the league about the alleged cheating.

“We’ve always used something that’s within the rules,” Elliott said. “It’s just literally to mark the spot. It is part of the playing surface, like a piece of grass or something.”

Allegations emerged from a Football Zebras report that said officials were warned to watch for “illegal foreign objects” on which the balls were placed, during field goals and extra points.

One such incident reportedly occurred during Philadelphia’s 48-22 win over the Giants in Week 14.

“When we talked to them, we explained what we were doing, and they saw what we were doing,” Elliott said, according to NJ.com. “It’s just a point of attention, and someone is making it bigger than it is. Everything we’ve done has been perfectly legal.”

Giants special teams coordinator Thomas McGaughey said at his weekly press conference that “it is what it is, I’ll leave it at that,” before adding that it helps if “you leave a visual mark down there.”

“I let them do them, and we do our best,” McGaughey said. “I’m not going to worry about what they’re doing. My primary focus is our guys, our battery, taking care of that. Yes, I’m not worried about that.”

The Giants face the Eagles on Saturday to kick off the NFC’s divisional round with New York recording a 31-24 win over the Vikings. A key part of Philadelphia’s success this year—aside from quarterback Jalen Hurts’ contributions, a plethora of players at skill position, and his defense—Elliott was in the kicking game.

The 27-year-old, who spent his entire career with Philadelphia, made 87 percent of his field goals during the regular season, the second-highest percentage Elliott has ever accumulated. He also racked up 51 of 53 extra points, with both his tries and his performance being the highest in the NFL.