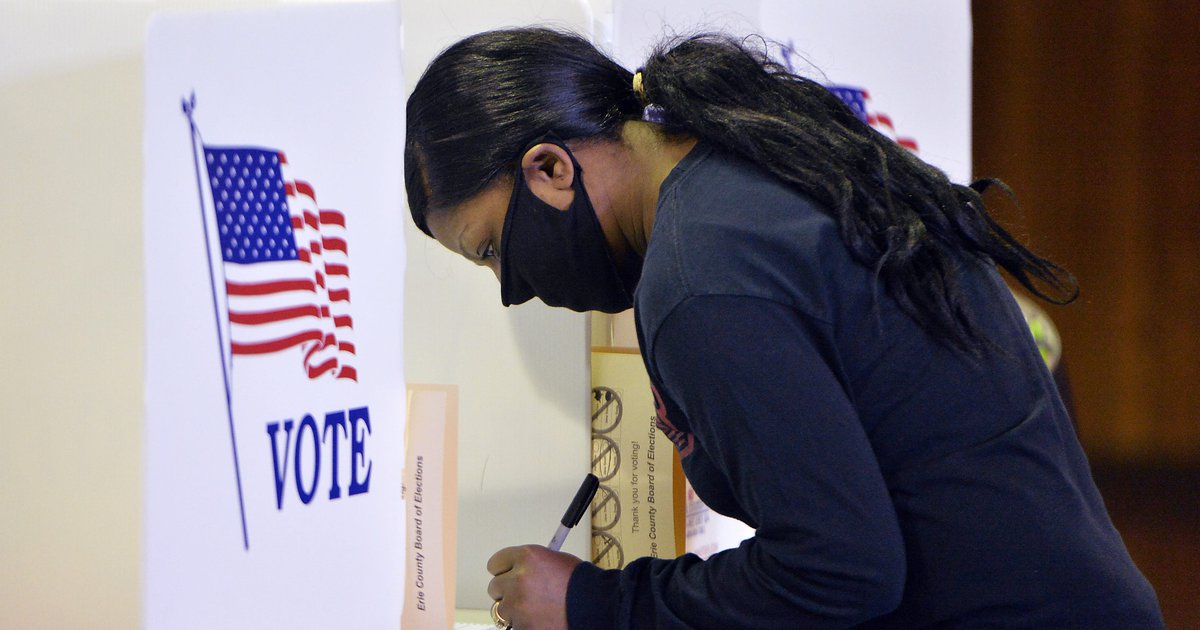 A bill that would eliminate the residency requirement for polling watchers in Pennsylvania, allowing them to observe voting and vote counting anywhere in the state, was passed Monday by the state Senate.

The bill was sponsored by Senator Doug Mastriano, the Republican governor’s candidate, who applauds it as a way to ensure confidence in the state’s elections. Democrats criticized it as a means of intimidating voters.

Currently, polling station officials are only allowed to observe the election process at polling stations in their own province. The bill would allow any registered voter in Pennsylvania to work as a poll watcher in any county, town, or constituency in the state.

It would also increase the number of polls each candidate has in a district from two to three. They are allowed to be within 6 feet of the polling stations during the vote counting, with a ‘clear view’, although they are not allowed to interfere with the counters.

“Transparency is key to restoring trust in our electoral system, and that starts with ensuring that all parties have a fair chance to review the vote counting process,” Mastriano said.

Mastriano said the bill does not change the duties or responsibilities of polls, and does not allow for any form of intimidation of voters. The bill punishes voter intimidation with a fine of up to $10,000 or up to three years in prison.

Mastriano has made electoral reform a feature of his governor’s campaign, which now pits him against Attorney General Josh Shapiro, the Democratic nominee. He has often promoted false claims about widespread voter fraud during the 2020 presidential election and was present outside the US Capitol during the January 6, 2021 uprising.

“It does nothing to increase access to votes and is just another attempt by the legislature — which has repeatedly tried to undermine the integrity of our electoral process — to encourage voter intimidation,” Rementer said. “Republicans should focus their efforts on electoral reform measures that will ensure that voters can exercise their right to vote safely and freely.”

†@Senatorcosta slams SB 573 – which appears to intimidate voters through polls.

There are electoral reforms that provincial election officials want, such as pre-canvassing.

Let’s focus on that, he said. pic.twitter.com/fmzNcjQ13P

Democratic Senator Jay Costa, the minority leader of the state Senate, told PennLive that the provision requiring poll viewers within 6 feet of vote counters implies that there is something “shameful” going on with vote counting in Pennsylvania.

“I trust the people who count these votes,” Costa said. “I don’t think there’s any fraud in the work they’re doing. This legislation means there’s been fraud or there’s something going on with election workers.”

The bill, introduced in April 2021, was passed by 30-19 votes. Only one Democrat, Lisa Boscola of Lehigh County, joined Senate Republicans in support of it. It goes to the Republican-led House of Representatives.

The controversy surrounding polls in the Pennsylvania election is the result of an ongoing claim made by former President Donald Trump during a September 2020 meeting with Joe Biden. He falsely claimed pollsters were not allowed to enter the Philadelphia polls during the June 2020 primaries.

“In Philadelphia, they went to look, they were — they’re called poll watchers,” Trump said during the debate. “A very safe, very nice thing. They were thrown out. They weren’t allowed to look. Do you know why? Because bad things happen in Philadelphia. Bad things.’

Trump continued to make baseless claims about voter fraud in Philadelphia in the wake of his loss in the 2020 presidential election. The Pennsylvania Supreme Court ruled against him, finding that Philadelphia was following state law with its polling protocols.