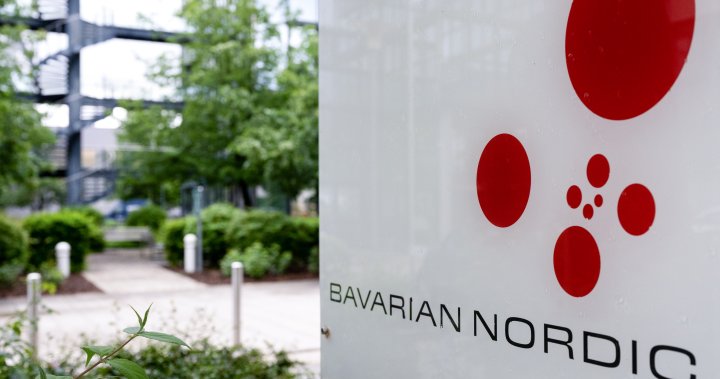 The European Medicines Agency says it will begin reviewing data to decide whether a smallpox vaccine made by pharmaceutical company Bavarian Nordic could also be approved for monkeypox, amid a growing outbreak of the disease across the continent.

In a statement on Tuesday, the EU drug regulator noted that the vaccine, known as Imvanex in Europe but sold as Jynneos in the US, has already been approved for use against monkeypox by US regulators.

In Europe, the vaccine is only approved for adults for the prevention of smallpox, which is related to monkeypox.

“The decision to begin this review is based on results of laboratory studies suggesting that the vaccine triggers the production of antibodies targeting the monkeypox virus,” the EMA said. The regulator said supplies of the vaccine are currently very limited in Europe.

According to the US Centers for Disease Control and Prevention, there are currently more than 4,300 cases of monkeypox worldwide, the majority of which are in Europe.

The vast majority of cases involve gay and bisexual men and other men who have sex with men, although scientists warn that anyone who is in close, physical context with someone who has monkey pox or has their clothing or bedding puts them at risk of infection. .

2:14
More than half of Canadians trust monkeypox response, but 55% worry about spreading: poll

More than half of Canadians are confident in monkeypox response, but 55% worry about spreading: Poll – June 17, 2022

Several countries, including Britain, Germany and the US, have already started vaccinating those most at risk of contracting monkeypox using smallpox vaccines. Although the disease has been endemic in parts of Africa for decades, no vaccines have been used to eradicate previous outbreaks there.

Britain, which has the largest outbreak outside of Africa, recently extended its vaccination policy to those at highest risk of monkeypox, which it defined as “gay and bisexual men at higher risk of exposure”, meaning those who ” having multiple partners, participating in group sex, or attending ‘sex on location’ venues.”

Monkeypox not yet a global health emergency, WHO says

Last week, the UK’s Health Security Agency said the outbreak was only spreading in “defined sexual networks of homosexuals, bisexuals or men who have sex with men”.

Most monkeypox patients only experience fever, body aches, chills and fatigue. People with more serious illness may develop skin rashes and lesions on the face and hands that can spread to other parts of the body. Most people infected with monkeypox recover within weeks without needing medical attention, but the disease can be more serious in vulnerable populations, such as pregnant women and children.

The World Health Organization last week refused to declare monkeypox a global emergency, but has said it is working on a vaccine-sharing mechanism, which some fear will see vaccines go to rich countries like the UK that already have their own stockpiles.

1:13
Monkeypox awareness and non-stigmatization important with Pride celebrations on the way: Tam

Monkeypox awareness and non-stigmatization important with Pride celebrations on the way: Tam – June 17, 2022

Britain has 4,500 doses of the Bavarian Nordic vaccine and has ordered a further 20,000 injections, according to health analytics firm Airfinity. The US has already received more than 1 million doses and has ordered another 13 million.

On Tuesday, EU Health Commissioner Stella Kyriakides said the first deliveries of vaccines arrived in the continent’s ‘most affected countries’, with more than 5,000 doses arriving in Spain, of the more than 109,000 obtained.

The EU said in a statement that the Member States with the most cases were given priority for deliveries; Portugal, Germany and Belgium will be the next countries to receive doses.

To date, there have been more than 1,500 cases of monkey pox in Africa, with at least 66 deaths. No deaths have been reported outside of Africa.

Samuel Petrequin in Brussels contributed to this report.