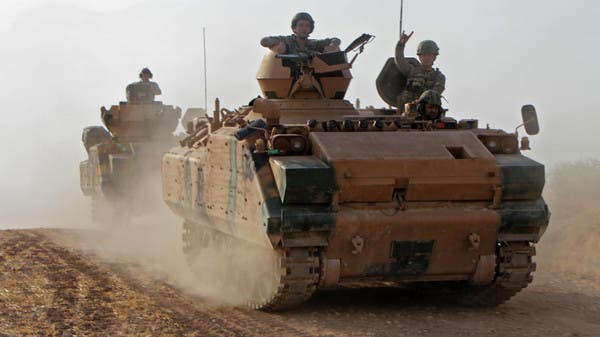 In northern Syria, residents are bracing for another battle. With world attention focused on the war in Ukraine, the Turkish leader says he is planning a major military operation to push back Syrian Kurdish fighters and create a long-sought buffer zone in the border region.

Analysts say Turkish President Recep Tayyip Erdogan is taking advantage of the war in Ukraine to achieve his own goals in neighboring Syria — and even Turkey’s ability as a NATO member to veto Finland and Sweden’s alliance membership. used as potential leverage.

But a major Ankara raid carries risks and complications and threatens to disrupt Turkey’s ties with both the United States and Russia. It also threatens to spark another wave of displacement in a war-ravaged region where ISIS terrorist group still lurks in the shadows.

Here’s an overview of the situation on the ground and some of the key issues:

Erdogan last month outlined plans to resume Turkish efforts to create a 30-kilometer-deep buffer zone in Syria along its southern border through a cross-border incursion against US-allied Syrian-Kurdish fighters. Erdogan wanted to create that zone in 2019, but a military operation failed to achieve it.

‘One evening we suddenly run into them. And we have to,” Erdogan said, without giving a specific timeline.

Since 2016, Turkey has launched three major operations in Syria targeting Syria’s main Kurdish militia – the People’s Protection Units, or YPG – which Turkey considers a terrorist organization and an extension of the banned Kurdistan Workers’ Party, or PKK. The PKK has been waging an insurgency within Turkey against the government in Ankara for decades.

However, the YPG forms the backbone of US-led forces in the fight against ISIS and is a proven top US ally in Syria.

Turkey already has control over much of Syrian territory, including the cities of Afrin, Tel Abyad and Jarablus, through its three previous military operations in Syria. Ankara plans to build thousands of homes in those areas, to ensure what it says will be the “voluntary return” of 1 million of the 3.7 million Syrian refugees currently in Turkey.

Erdogan said on Wednesday that Turkish forces now want to capture new areas, including the towns of Tel Rifaat and Manbij, which are located at a major road junction on Syria’s west-east highway known as the M4. Turkey says Syrian Kurdish fighters are using Tel Rifaat as a base to attack areas controlled by Turkish-backed Syrian opposition fighters.

There are also reports that Turkish forces may be entering the strategic border town of Kobani, where the US military and Kurdish fighters first banded together to defeat ISIS in 2015. The city has a powerful symbolism for Syrian Kurds and their aspirations of self-government in this part. from Syria.

A Russian army vehicle joins a patrol of members of Syrian-Kurdish Asayish internal security forces and Russian military police in the town of Darbasiyah in northeastern Hasakeh province along the Syrian-Turkish border on Oct. 30, 2019. (AFP)

Analysts say Erdogan likely sees a confluence of circumstances, both international and domestic, making an operation in Syria timely. The Russians are preoccupied with the war in Ukraine, and the Americans need Erdogan to drop his objections to NATO’s expansion to include Finland and Sweden.

“They (Turks) see an opportunity to try and get concessions from the West,” said Aaron Stein, chief of research at the Foreign Policy Research Institute in Philadelphia.

An offensive in Syria could also be used to rally Turkish nationalist voters at a time when their economy is shrinking, with inflation at 73.5 percent. Turkey is set to hold presidential and parliamentary elections next year, and previous raids into Syria to oust the YPG have bolstered support for Erdogan in previous votes.

So far, there are no signs of mobilization pointing to an imminent invasion, although the Turkish military could be mobilized quite quickly. However, Syrian Kurdish fighters say they are taking Turkey’s latest threat seriously and are preparing for a possible attack.

They warn that a raid would affect their ongoing fight against ISIS and their ability to protect prisons in northern Syria, where thousands of extremists, many of them foreigners, have been imprisoned since ISIS was territorially defeated three years ago.

A large-scale military operation carries great risks and will infuriate both the US and Russia, which also have a military presence in northern Syria.

Turkey and Russia support rival parties in the 11-year conflict in Syria, but work closely together in the north of the country. Although Russia has not officially commented, in recent days it has sent fighter jets and attack helicopters to a base near the border with Turkey, according to Syrian opposition activists.

As one of Damascus’ closest allies, Russia’s role in Syria has been paramount in turning the tide of the conflict in Syria – which began during the Arab Spring uprisings in 2011 – in favor of Syrian President Bashar. al-Assad. Syrian opposition fighters were relegated to an enclave in Turkey’s northwest and sphere of influence.

But with Moscow targeting Ukraine, Vladimir Putin is unlikely to stand in Erdogan’s way over what is essentially just a strip of land along Turkey’s southern border.

Washington has made it clear that it opposes a Turkish military incursion and says it would jeopardize hard-won gains in the campaign against ISIS.

“We recognize Turkey’s legitimate security concerns on its border. But again, we are concerned that a new offensive would further undermine regional stability,” State Department spokesman Ned Price said.

Stein, the analyst, said any operation would be complicated due to Russia’s presence in both potential hotspots, Kobani and Tel Rifaat.

Whether an operation takes place comes down to how far Erdogan is willing to go in Syria, particularly in and around the Kobani area — and whether he would be unchallenged by Moscow and Washington.

“How much risk is he willing to take? The evidence we have is that he takes a lot of risk,” Stein said.

Turkey arms water in northern Syria as a weapon: report