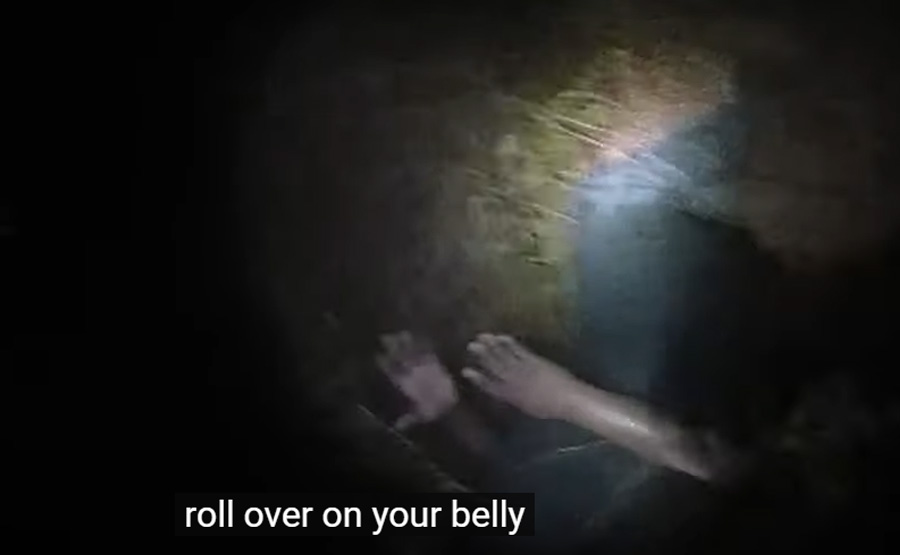 DEBARY, FL – A fugitive wanted on drug trafficking and several other charges was arrested overnight in DeBary after fleeing from deputies and hiding in the woods. According to authorities, Elger Johnson, 38, refused to come out of hiding for about an hour, but was ultimately taken into custody with the help of an air unit and a police K9 .

Around 2 am, deputies with the East and West Volusia Narcotics Task Forces, East Side Crime Suppression Team and Deltona Narcotics Enforcement Team were tracking Johnson and were ready to arrest him at the exit gate of Glen Club Drive when it took off fleeing in his Toyota Tacoma and bailed out in the neighborhood. He ran into nearby woods and refused to surrender until receiving encouragement from a K-9 unit around 2:50 am

Deputies found his black zipper bag containing his ID along with 6.2 grams of fentanyl, 16 Dilaudid pills, 1 gram of crack cocaine, 2 Oxycodone pills, 2 Levorphanol pills, $690 cash, and other items consistent with the sale and delivery of illegal narcotics.

Johnson was arrested on his active felony warrants for trafficking in Oxycodone, possession of cocaine, Buprenorphine and cannabis with intent to sell, and fleeing or attempting to elude law enforcement. He was additionally charged with trafficking in fentanyl, possession of cocaine, Hydromorphone, Oxycodone and Levorphanol with intent to sell, and a new count of fleeing or attempting to elude.

Johnson was recently released from Florida state prison after several years of incarceration for fleeing and narcotics-related charges and has a prior prison history on charges including carjacking, robbery, burglary and grand theft, according to the Florida Department of Corrections. He was taken to the hospital for treatment of a pre-existing injury to his arm prior to transport to the Volusia County Branch Jail.