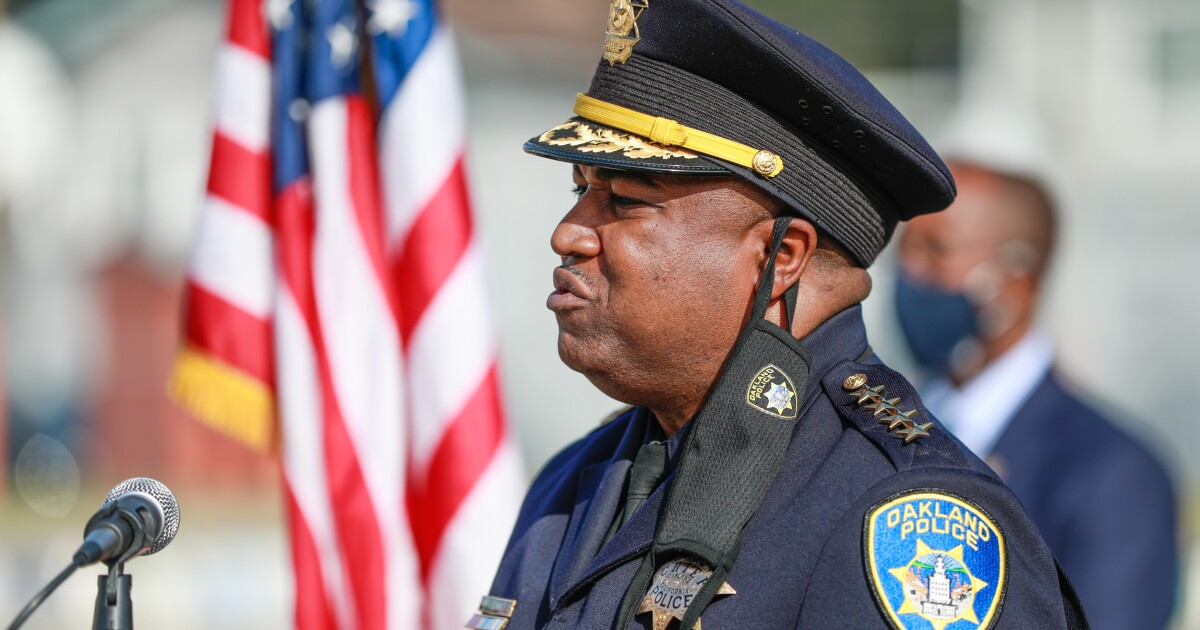 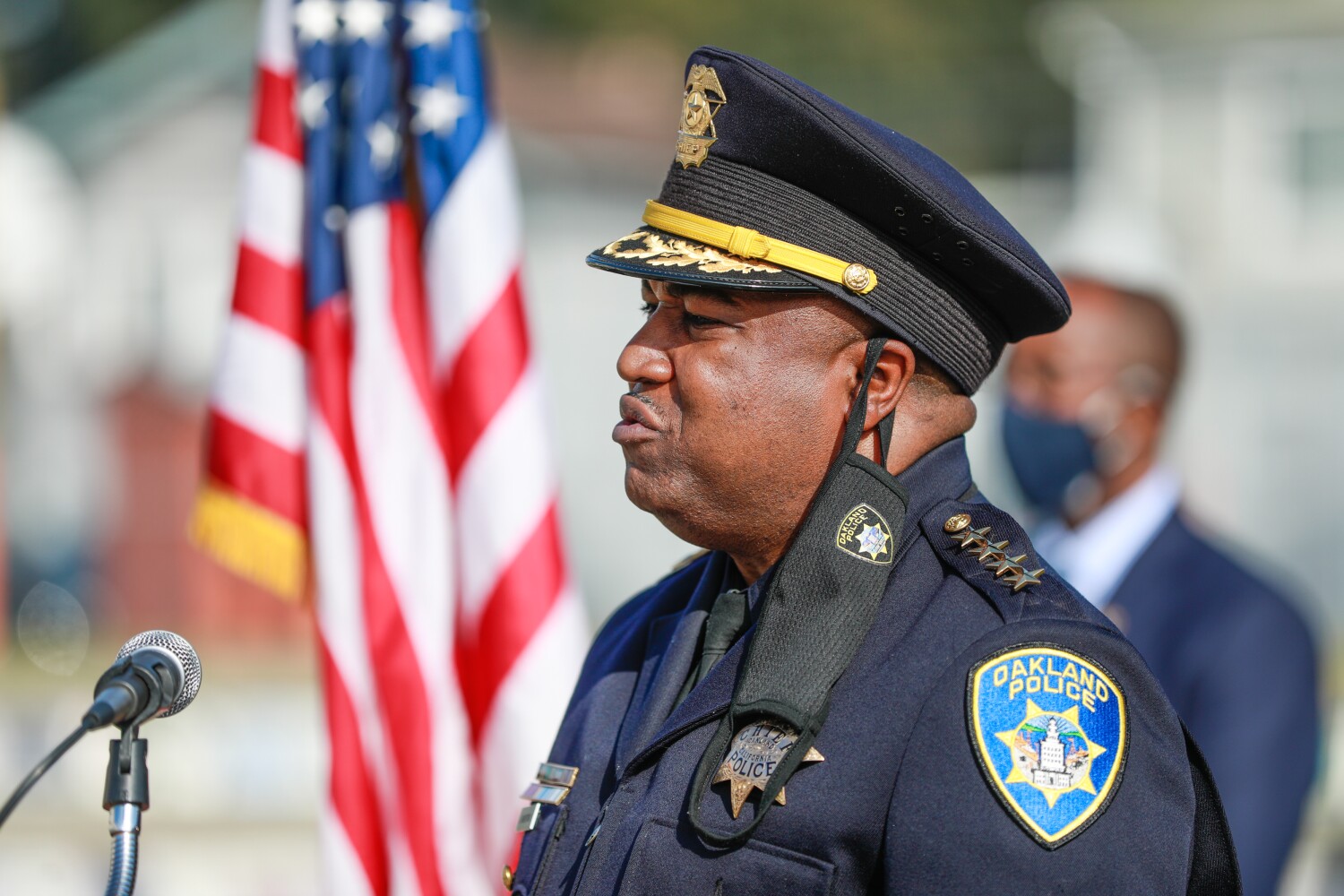 A person died Wednesday morning after the tires on the van they were driving caught fire, eventually causing the vehicle to become engulfed in flames, as they fled police in Oakland, authorities said.

Officers found the van, which had been reported stolen in the city, in the 8400 block of Ney Street shortly after 10:45 am In an effort to avoid a pursuit, officers laid out “stop strips” to puncture the tires on the van in case the driver attempted to flee, Oakland Police Chief LeRonne Armstrong said during a news conference.

However, when officers tried to approach the driver, the person drove off and the van’s tires were damaged. Patrol cars did not follow the van, but a police helicopter reported that sparks were flying from the van’s tires as it traveled roughly two miles across the city, Armstrong said.

“Unfortunately within the van were other accelerants,” Armstrong said. “Once those tires caught fire, the entire van was engulfed in flames.”

The van caught fire and crashed into a fence surrounding a home, photos and video from the scene show. Armstrong said it was unclear what type of accelerants were found inside the van.

The driver was trapped inside as flames consumed the van. Officers tried to put out the blaze and rescue the person, but they were not successful.

The driver, who has not been identified, died at the scene. Two officers suffered burns and other injuries in the rescue attempt. They were taken to a hospital, police said.

“We did everything we could, it appears, to prevent a pursuit from occurring,” Armstrong said. “Unfortunately, this incident ended in the most tragic way.”