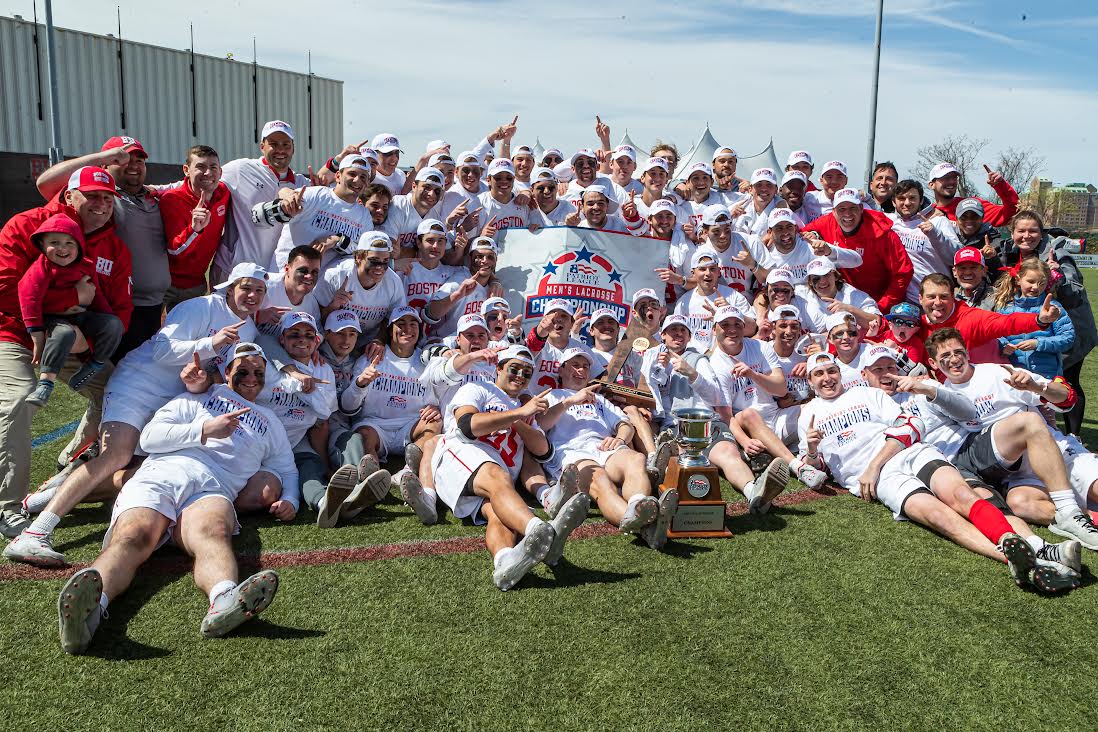 When Ryan Polley became the inaugural men’s lacrosse coach at Boston University in 2012, he had a vision to build the program into a perennial contender.

He sold recruits with the idea of ​​playing at an elite academic institution in a bustling city, knowing it might take some time to get to grips with, but truly believing the results would come.

BU finished 2-12 in Year 1 under Polley in 2014, earned its first winning season in 2016, played in three consecutive Patriot League semifinals from 2017 to 2019, and won two pandemic-altered, shortened seasons.

On Sunday, the No. 16 Terriers (12-4) the Army West Point, 14-10, at Nickerson Field to capture their first-ever league title and book their first trip to the Division 1 NCAA tournament.

BU will face fifth-seeded Princeton (9-4) in the first round on Saturday, May 14 at noon. Relying on a mix of 11 Massachusetts-raised players plus talent from across the country, the Terriers aren’t done yet and have ambitions for national titles.

Regardless of how the next few weeks unfold, however, the seniors are leaving knowing they’ve helped change the culture and update Polley’s blueprint.

“It’s really great to see that vision that we all believed in as recruits is now becoming a reality,” said Natick senior midfielder Jett Dziama.

Long before taking up his current role, Polley helped establish a girls’ lacrosse program from its inception at Andover High School. He learned how to enter a strong and proud sports community and create buzz and momentum around something new yet familiar.

Polley, a former All-American at Merrimack College, coached at his alma mater before spending six years as an assistant at Yale University. He took the opportunity to come to BU and plucked a few players from the club’s squad when he helped launch a Division 1 program.

He knew the Terriers would take their “lumps” in Year 1, but he could also see that the plan had been set in motion. It wasn’t always easy to be patient, but he knew it would be worth it.

The staff used the BU brand to its advantage, recruiting in Texas, California, Florida and other parts of the country, along with New England. They had an ongoing internal battle as they set the lofty goal of bringing at least one local recruit out of the top five each season.

30 freshmen came in in 2013, and that class helped the Terriers come together to close out the 2017 12-5 season and earn their first berth to the Patriot League tournament. BU finished 2019 11-6, including a stunning seven-goal win over No. 2 Loyola, but lost a heartthrob to Lehigh 10-9 in the semi-finals. The 2020 and 2021 seasons were not kind, as they dealt with a slew of injuries and COVID issues at inopportune times and never quite got it right.

Polley recalls brainstorming with his staff at the office last season about how to get to the next level. They continued to find a way to beat the eventual Patriot League champion, but lost when the stakes got bigger, and it was a trend they knew could be rectified. They collectively decided that consistency was the key differentiator, and they turned to this year’s seniors to take the lead.

Dziama called it “really tough two years,” but said the Terriers “came out much stronger” and leaned on their previous struggles as they started over. The seniors led summer leadership groups that ensured players completed daily workouts and drills and regularly shared their progress. They insisted that every player was training to benefit the bigger picture.

“The upper class was incredible,” said Polley. “After last year it was really hard with COVID, I was just trying to figure everything out. Our culture was not bad. It’s not like we had people telling each other to mess around, or ‘You’re a (jerk)’ or anything like that. It was good culture, but it wasn’t a championship.”

Dziama thought back to the time he came to campus as a freshman and how seduced he was by the idea of ​​hunting in uncharted territory. He and his classmates felt that their chapter in BU history was not yet complete, so they held their teammates accountable more than ever.

Because they have made that change themselves, they notice more crowds on campus than before.

“It’s great to see other people realize that BU lacrosse is really good and a force to be reckoned with,” Dziama said. “The hard work is paying off, and people are starting to notice, so it’s definitely worth it.”

However, even after a great regular season, they still had to finish the task in the league tournament. The Terriers, who have beaten everyone in the Patriot League this season, outlasted Lehigh 13-12—turning the 2019 run-down result in their favor—then won against the military to seal it.

Polley said it was extremely gratifying to see about 50 varsity alumni, plus about 20 club alumni, in the stands celebrating with the current crop of players. It was a moment that came full circle, because they knew the triumph was about more than just the success of this team.

“When I took over the program, I had a vision, but you never know how things will turn out,” Polley said. “To see it come to fruition and see everyone so invested and so happy just makes me really happy.”

Get the latest sports news in Boston

Get updates on your favorite Boston teams straight from our newsroom to your inbox.