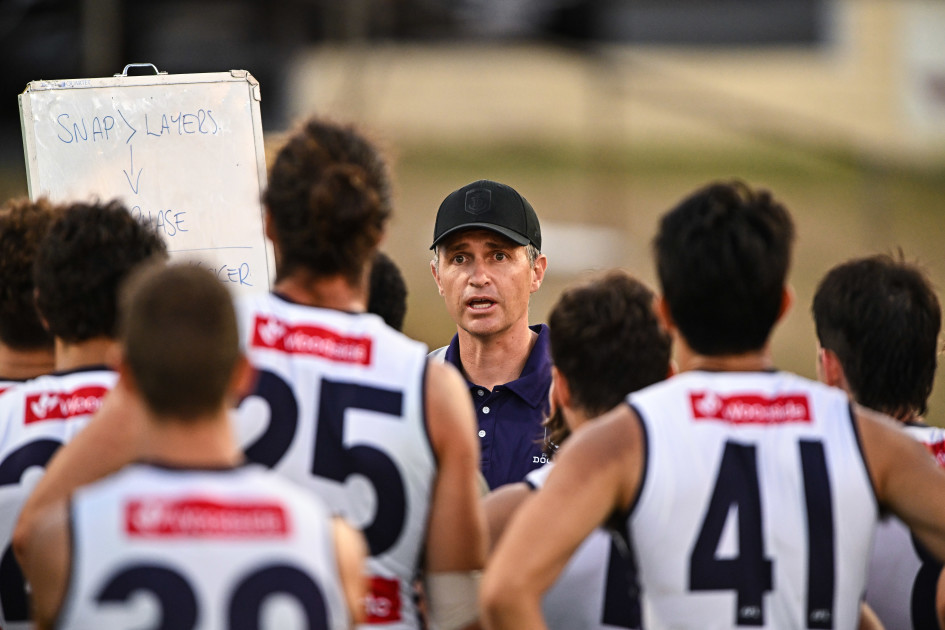 The extraordinary legacy of John Landy. The near mythical quest to break the four-minute mile. The nation’s defining act of sportsmanship.

It was a sporting and public life beautifully lived and well remembered over the weekend. I’m sure there’s a memory or two to share this morning.

The box scores can’t be trusted that’s for sure. Six periods – a mish mash of AFL and VFL players.

What I’m interested in is this measure: Did you feel your optimism levels rise or fall on the first blush?

Take the shards of conversations…

The reporting of Collingwood: There was a bit of the Tigers in the way the Magpies moved the ball on Friday with a surge mentality, giving a revamped forward line time and space to work in before the Hawks could flood back.

There was a hint of fatalism when he noted: “We’re having a bad run. It hasn’t happened to us for a long period of time, the amount of injuries we’ve had,” Simpson said.

Then if you read a little bit further here’s the mood in the West: It comes as the Eagles have been heavily backed by WA punters to take out this season’s wooden spoon.

The Dockers are all the rage as the second-best backed team to win the flag behind Melbourne.

Nor was Brett Montgomery’s assessment that it was “a reality check around the difference between training intensity and game intensity. Completely out-hunted early, out-bodied and even outran”.

That’s the language of April rather than February.

Essendon fans have had a bit to contemplate. A come from behind victory over the Bulldogs. The President Paul Brasher calmly decreed this is a year for building and development.

”To tell you the truth, we just think some time in the next two or three years we’re going to be a serious contender and that’s what we’re working towards,” he told The Age.

Then Mick Malthouse tips the Bombers to win the flag in the Herald Sun!

“Essendon made the finals last season and will be close to complete this season. Their side is quick and exciting and they can get better defensively,” he wrote.

What’s that done to levels of optimism?

The Bulldogs lost that practice game and Luke Beveridge didn’t like it.

“We expected to win the game. We were three goals up and got beaten by a goal. What I said to the players was we got some things out of it we liked but, ultimately, whether it’s a practice match or not, it’s a winning culture we are after,” he said.

Tyson Stengle lit the imagination of possibility for Geelong. Paddy McCartin took the first step in a journey we would all wish him the best for.

Did your optimism levels fluctuate – rise or fall – in the practice match ahead of the more structured community series game?