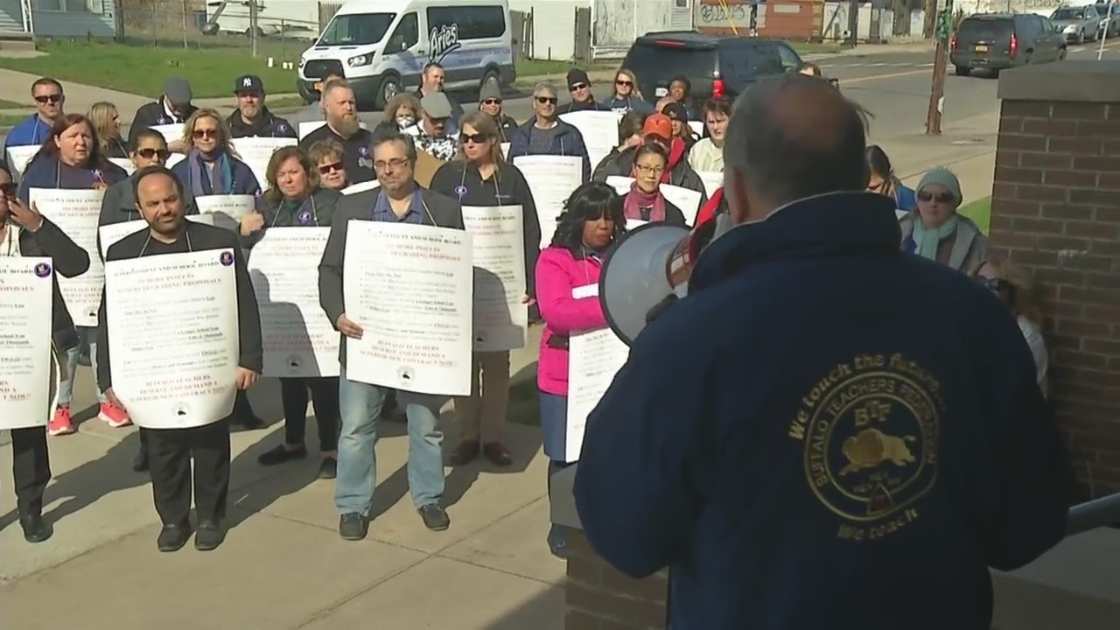 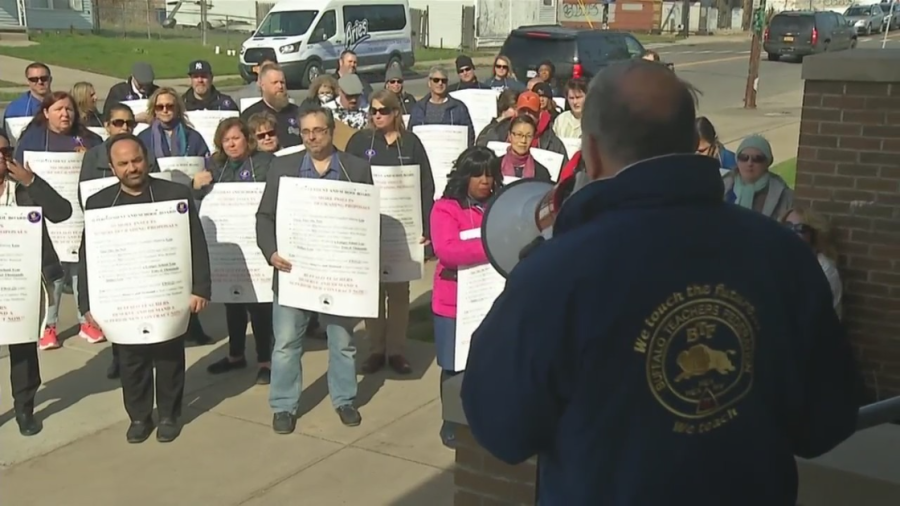 BUFFALO, NY (WIVB) — Members of the Buffalo Teachers Federation say they are offended by the Buffalo School District’s latest contract offer. They took their message directly to the school board through picket boards before the monthly board meeting.

Teachers from across the district gathered at 3:45 a.m. Wednesday afternoon to hold signs and walk in front of the Buffalo Academy for Visual and Performing Arts on E. Ferry St. They called the most recent proposed deal “insulting and degrading.”

“When it gets political and kicking it back and forth and stuff, it’s annoying,” says James Healy, a teacher at the Buffalo Academy for Visual and Performing Arts.

Mask requirement back in place for airports, buses and rails

Federation President Phillip Rumore spoke to Interim Superintendent Dr. Tonja Williams and the Board of Education directly during the public comment portion of the meeting. He says he has submitted a new resolution to the board and wants to return to the negotiating table.

The union has not successfully negotiated a new contract with the district since 2019. They claim that teachers in Buffalo earn less than the surrounding districts. In their resolution, they add that teachers stand behind their peers in the region’s “Big 6” school districts.

“No one is going to teach to get rich. You do it as a calling and it should be recognized,” Healy added.

Buffalo Public Schools say it’s critical to negotiate this deal, but they claim the Federation canceled three negotiating sessions and is demanding to return to mediation. The district is also handling another contract dispute with prison staff.

Education officials say this deal will be an investment, but the district has priorities and so do teachers. The delay is frustrating.

“We are ready to sit down with whoever is at the top. It would be nice to see if this interim Superintendent can make it happen. We’re just hoping for progress,” continued Ellen Malone, post-secondary assessment and counseling instructor at Buffalo Schools.

Negotiations with a mediator will resume on Thursday. Lawyer Kuzma says he hopes to close this deal within a month.

Tara Lynch is a Born of Buffalo, who joined the News 4 team as a reporter in 2022. She previously worked at WETM in Elmira, NY, a sister station to News 4. You can follow Tara on Facebook and Twitter and find more of her work here.