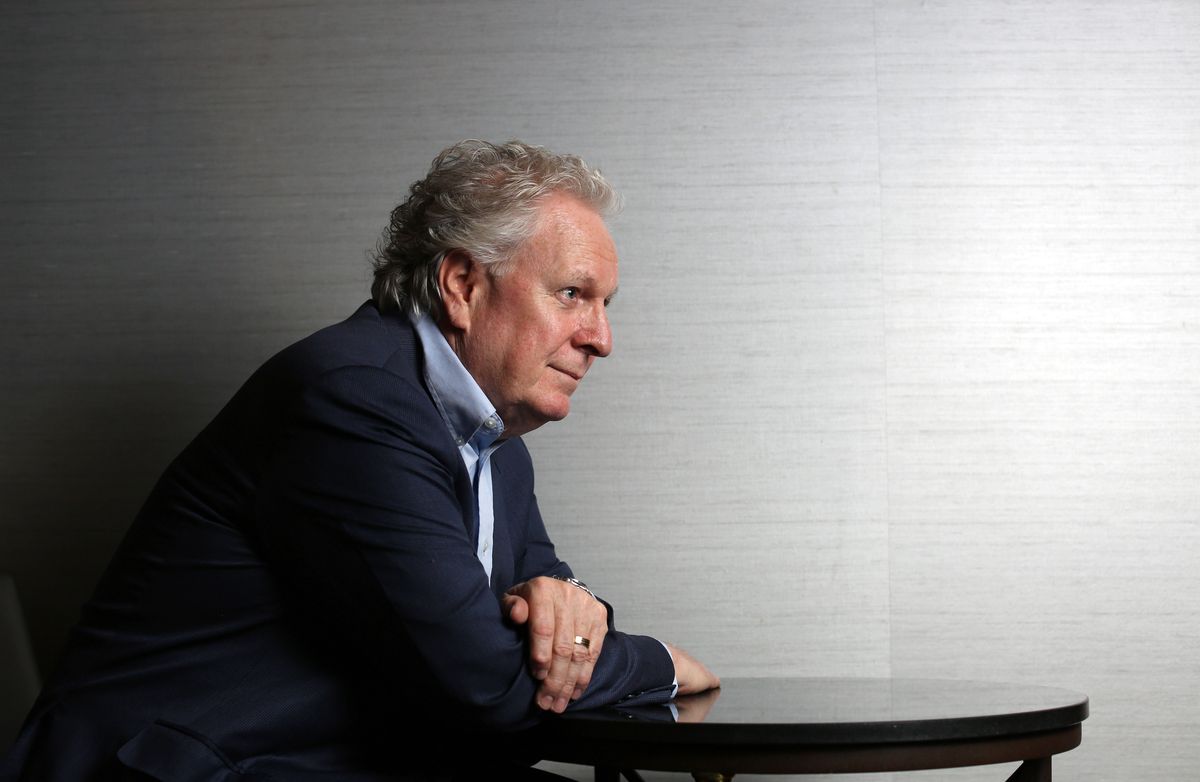 Former Quebec premier Jean Charest says that if he became the leader of the Conservative Party and prime minister, he would bring fiscal discipline to federal spending, mend regional divisions and restore Canada’s brand on the international stage.

mr. Charest said he has a wealth of experience as a federal cabinet minister under former Progressive Conservative prime minister Brian Mulroney and as Quebec premier from 2003 until 2012.

He met privately Tuesday evening with dozens of Conservative MPs and senators who wanted to hear his vision for the country.

“I am going to be running as a Conservative. I am not trying to run as a red Tory,” Mr. Charest said in an exclusive interview with The Globe and Mail Tuesday. “I know this country very well … and we deserve better and we can do better and we will do better and that is what I want to bring to the country.”

Later in the interview, he appeared to hesitate on a leadership bid. “I am still not there yet. I still have to see the rules before I make a decision on whether I am in or not.” However, a source close to Mr. Charest told The Globe that he’s already told close friends that he plans to run. The source said Mr. Charest will make an official announcement a week after the leadership rules are released.

Another source later said that the Conservative Party National Council has decided to hold the leadership vote on Sept. 10, with the cut-off for new members on June 3. The Globe is not identifying the sources because they were not authorized to speak publicly about the matter.

“One of the things I would bring to the job, and I think it would be advantageous, is a real understanding of how our federal system works. I have been on both sides,” he said. “That’s very much a conservative value to make the federal system work while respecting jurisdictions.”

Ontario MP Ben Lobb, who is undecided, said: “He’s got great experience. With Charest, he would broaden the tent … He would be well-equipped to be a uniting candidate, a uniting leader.”

but mr. Lobb conceded that high-profile MP Pierre Poilievre, the only declared candidate at this point, is also a dynamic prospect.

Greg McLean, MP for Calgary Center, said people are leaning toward Mr. Poilievre but said many Albertans will be open-minded about Mr. Charest.

“A lot of people in Alberta still believe that we need a Progressive Conservative type of government,” he said.

mr. Poilievre, a right-wing populist, is expected to draw significant support from social conservatives, and his surrogates have already attacked Mr. Charest as a tax-and-spend politician out of step with mainstream Conservatives.

Jenni Byrne, a former top aide to Stephen Harper who is supporting Mr. Poilievre, has accused Mr. Charest of opposition Mr. Harper’s move to dismantle the gun registry and for bringing in a carbon tax as Quebec premier. She also criticized him for working as a legal advisor to Chinese telecom giant Huawei Technologies while Beijing had jailed two Canadians.

mr. Charest said he has a strong record as a fiscal conservative, pointing out that he left Quebec with an $8-billion surplus and a higher credit rating than that of Ontario.

He said he isn’t afraid of a fight with Mr. Poilievre and his team about his vision of the country. “This will be a tough battle. I have no doubt about it,” he said.

He stressed that he too will be reaching out to social conservatives and build a broad-based conservative coalition to unseat the federal Liberals.

“I am not going to be running against socons, quite to the contrary. Here are people who are very much focused on their communities and their churches … so there is a place for everyone in the party,” he said.

when mr. Charest was contemplating a run for the Conservative leadership in 2019, The Globe reported that he has been acting as a consultant to Huawei in the Meng Wanzhou extradition case and the tech giant’s efforts to participate in Canada’s 5G wireless networks.

mr. Charest was part of a team at the law firm of McCarthy Tétrault, including former privy-council clerk Wayne Wouters, that Huawei retained in the summer of 2019 to offer strategic advice.

At the time, mr. Charest and the law firm declined to comment on client matters or “whether we act for an organization or not.” Huawei vice president for corporate affairs Alykhan Velshi said in 2019 that the Chinese telecom would not discuss “individual law firms or advisers” that it hires for expert advice.

Jean Charest would bring much-needed adult supervision to the Tories

mr. Charest said he had approval of the law firm to explain his role in advising Huawei to seek a plea deal with the United States as the best way to return Ms. Meng to China and free imprisoned Canadians Michael Kovrig and Michael Spavor.

“For us, the best path was to sort out her situation with the government of the United States, and as a result of that, the two Michaels would come home,” he said. “We did not lobby Americans, but we worked very hard with the Huawei side so they could see their way clear to coming to an agreement.”

ms. Meng, the chief financial officer of Huawei Technologies, reached a deferred prosecution agreement with the US Justice Department in September, 2021, allowing her to return to China nearly three years after she was detained in Canada at the request of the United States on bank- fraud charges.

A few hours after she left Vancouver, China released the two Michaels, who had been jailed on espionage charges since 2018 in what Canada said was retaliation for the detention of Ms. mix.

mr. Charest, 63, said that if he became prime minister, he would follow the advice of Canada’s allies and Canadian security agencies that have urged Ottawa to ban Huawei from this country’s 5G networks.

He said he will lay out details and policies once the race gets under way, including a more vibrant foreign policy and stronger national defence, particularly with the growing threat from Russia, which has a modern military base in the Arctic.

“Canada has been missing in action in a lot of parts of the world, so we need to have a very serious look at what our foreign policy and defense is,” he said. “The North for us is a big part of the challenge for the future. We need to have a very, very firm view of how we are going to occupy our territory and exercise our sovereignty.”

The leadership opened up this year when the Conservative caucus voted 73 to 45 on Feb. 2 to remove Erin O’Toole as leader, capping tensions between Mr. O’Toole and some caucus members. Candice Bergen is the party’s interim leader.

mr. Charest, served briefly as deputy prime minister under Kim Campbell and was leader of the opposition PCs from 1993 to 1998 when he was recruited to take over the Quebec Liberal Party and challenge the separatist threat posed by Parti Québécois Premier Lucien Bouchard.

For subscribers: Get exclusive political news and analysis by signing up for the Politics Brief†