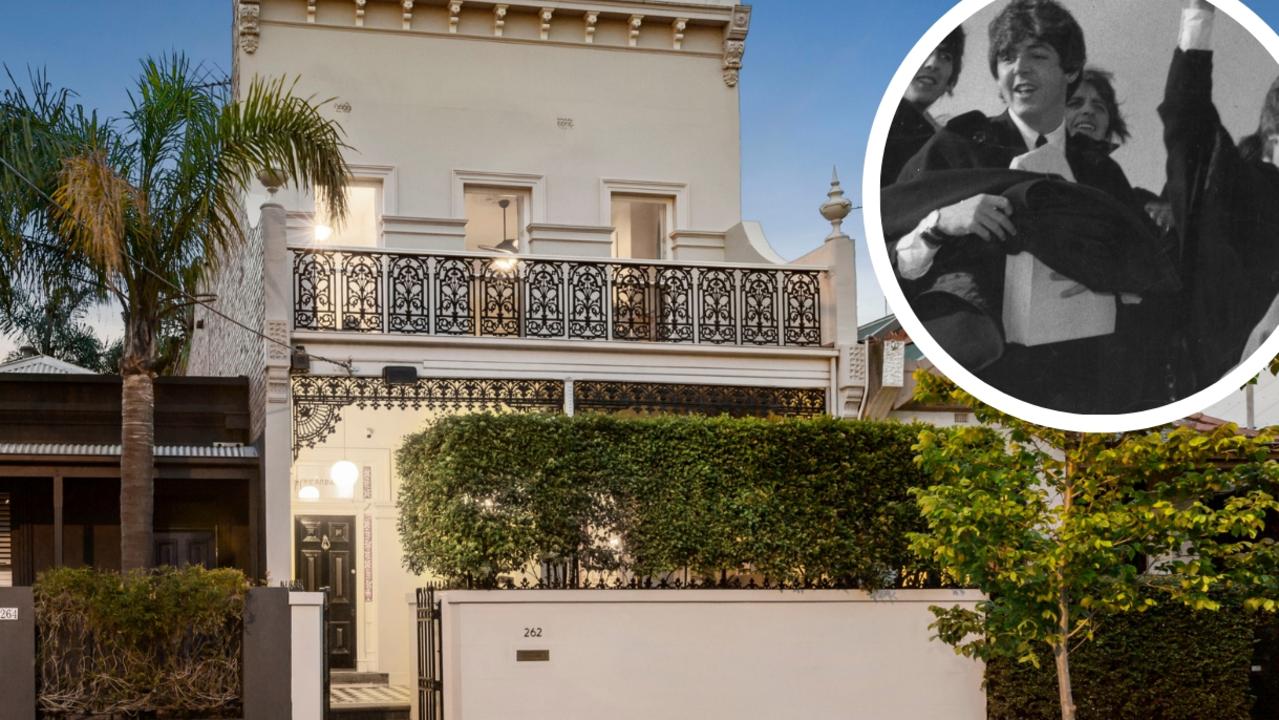 Music promoting ‘Mr Showbiz’ Kenn Brodziak’s former home – where he hosted The Beatles on their 1964 Australian tour – is up for grabs in the ultimate slice of Aussie Beatles merchandise.

Money can’t buy love, but you can buy a stately terrace in South Melbourne where the Beatles once dined.

Owned for decades by music promoter Kenn “Mr Showbiz” Brodziak, the 262 Albert Rd home is on the market for the first time in 20 years with an asking price of $5.4 million – $5.65 million.

According to historical newspaper reports, Mr. Brodziak entertained the band – consisting of John Lennon, Paul McCartney, George Harrison and Ringo Starr – at the grand property in 1964 after he made a deal for them to come to Australia before they were famous.

The contract was widely regarded as a “coup d’état” for the music, television and theater guru, who also brought Bob Dylan to the Australian shores and toured with The Seekers.

He also secured the rights to works by playwright Tennessee Williams and Lillian Hellman, and shows Live Performance Australia records.

The two-storey house, called “Weardak”, was built about 1891 and has been owned by the sellers, who are not related to Brodziak, since 2001.

It features four bedrooms, two bathrooms and a large garden with a swimming pool, all spread over two separate titles.

Baltic pine floors, ornate vaulted ceilings and period details, a garage and views of Albert Park Lake are also included in the package.

“It’s an incredible location and an extraordinarily deep block – the total area of ​​the land is unusual for the area.

“The Beatles were there in 1964, there’s a great history and it’s just a beautiful house of great proportions.”

Mr Bruce added that his sellers were looking to downsize after raising their family in the house.

The house will be auctioned on December 4.