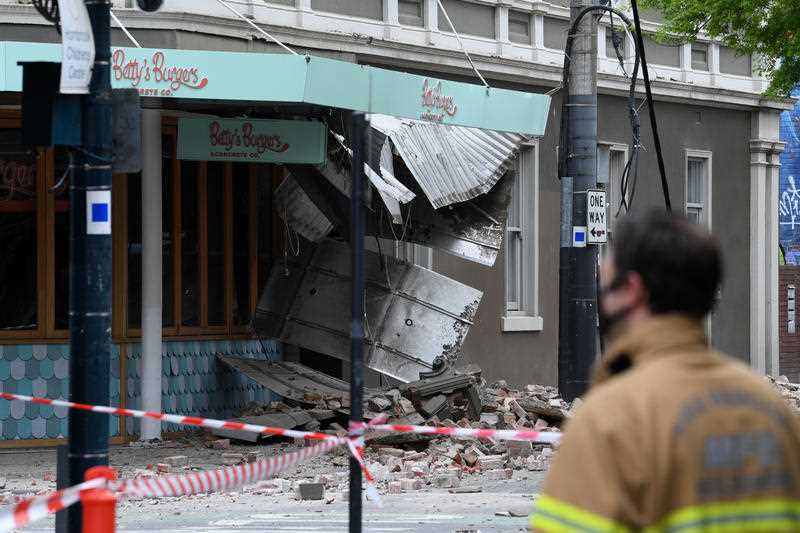 An earthquake measuring 5.8 on the Richter scale, recorded in northeast Victoria, the largest in state history, was felt in Canberra this morning.

According to Geoscience Australia, the earthquake measuring 5.8 on the Richter scale was 10km deep and centered in Mansfield, a small town at the foot of the Victorian Alps, about 350km southwest of Canberra, at around 9:15 am.

About 15 minutes later, a second earthquake measuring 4.7 on the Richter scale, also near Mansfield, followed.

Houses in Melbourne shook and movement from the earthquake was felt in Geelong and even Canberra’s parliament building.

The ACT ESA says their Emergency Triple Zero call center has “received a number of calls from concerned community members who have felt the aftershocks” of the Canberra earthquake, with no reports of damage within the ACT “at this stage”.

Canberrans and Victorians took to social media from about 9:20 am today to report on their experiences of the earthquake.

Adam Pascale, chief scientist at the Seismology Research Center, devastated Victoria this morning, saying aftershocks can last for months, although people may not feel them.

At 5.8 on the Richter scale, it is the largest land-based earthquake in Victoria in recorded history, he told AAP.

“It’s a pretty big earthquake for this state.

“There have been aftershocks every few minutes since then, the largest (4.7) about 15 minutes after that. We expect those aftershocks to likely continue for months.”

Victoria’s State Emergency Service confirmed to AAP that the earthquake “came from Mansfield. There is no tsunami threat”.

The Victoria SES is receiving calls for help from across the state and has yet to make an assessment of any damage.

There are reports of damage in Prahran, Brunswick, West Melbourne and Albert Park and on the outside of Betty’s Burgers on Chapel Street in Windsor.

There was no one in Betty’s Burgers, but a tenant was upstairs in the same building when the earthquake struck, restaurant director Troy McDonagh told AAP.

“We’ve been gone for months, it’s structural, it looks like the top has come off, we need to get engineers in to assess it and then the works need to be completed,” he said.

Lynne Myers of High County Apparel in Mansfield told AAP “it just freaked us out”.

“Everything shook, the roof shook, boots fell off the shelf and I just ran out,” she said.

“There are no cracks or anything in the walls. We seem to have gotten over it pretty well. Everyone is a little shocked here, but there doesn’t seem to be any damage.

“I’ve lived here for 29 years and I’ve never felt anything like it.”

Mansfield Shire councilor Mark Holcombe said he had lived in the area for 20 years but had never experienced an earthquake. He said it “came from left field”.

“It was really strong. I was sitting at my desk at work and I had to run outside, it took me a while to figure out what it was,” he told ABC television.

“I’ve been to earthquakes abroad before and it seemed to last longer than I’ve experienced before.

“The other thing that surprised me was how noisy it was. It was a real rumble like a truck driving by.”

Quakes were also felt as far as the central NSW coast, nearly 1,000 km from Melbourne.

Construction movements were reported in the Sydney CBD and by people at home in some Sydney suburbs.

Prime Minister Scott Morrison, who is currently in Washington DC, said he spoke to Victorian Prime Minister Daniel Andrews via text message after the earthquake.

“It could be a very, very disturbing event for an earthquake of this nature,” he told reporters.

“They are very rare occurrences in Australia and as a result I am sure people would have been quite depressed and distressed as a result, especially in the most directly affected region.”

Any federal response to the emergency will be handled by Deputy Prime Minister Barnaby Joyce.

The earthquake was originally recorded as a magnitude of 6.0 but was later downgraded to 5.8 on the Richter scale.

There are no reports of damage in the other states.

Get all the latest news, sports, entertainment, lifestyle, competitions and more in Canberra straight to your inbox with the Canberra Weekly Daily newsletter. Register here†