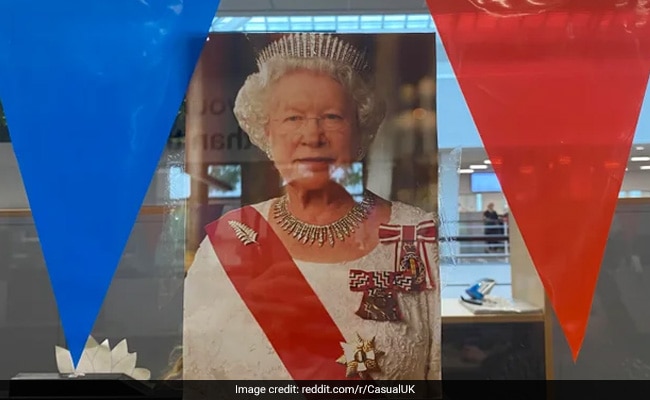 A man working in the United Kingdom (UK) was asked to decorate the office space with photos of Queen Elizabeth II for her platinum anniversary party, but instead decided to do something that left internet users scratching their heads.

It may take a while for most people to notice, but the picture in the list is not of the Queen, but of ex-Manchester United manager Sir Alex Ferguson. The photo has sparked quite a few reactions online and has gone viral on both Reddit and Twitter.

The photo, posted to Reddit by an account called @NoContextBrits, includes a text message explaining: “My office wants us to decorate our desks for the anniversary. I’ve put up pictures of the Queen’s face swapped with Sir Alex Ferguson No one has noticed yet.”

Many users said this was genius, and one Reddit user even said, “To be honest, I’ve never seen them in the same room together…”

Most of the UK is currently celebrating the Queen’s 70th reign with a four-day celebration that lasts from Thursday to Sunday.

Queen Elizabeth was a 25-year-old princess when she succeeded her father, King George VI, in 1952, bringing a rare touch of glamor to a battered nation that still tolerates food rations after World War II.

Seventy years later, she is now the only monarch most Britons have ever known, becoming an enduring figurehead in what are often difficult times.

Britain’s first and very likely only platinum anniversary will continue through Sunday with street parties, pop concerts and parades. Several well-known celebrities will also perform at these events, with the entire country having four days of vacation until Sunday.