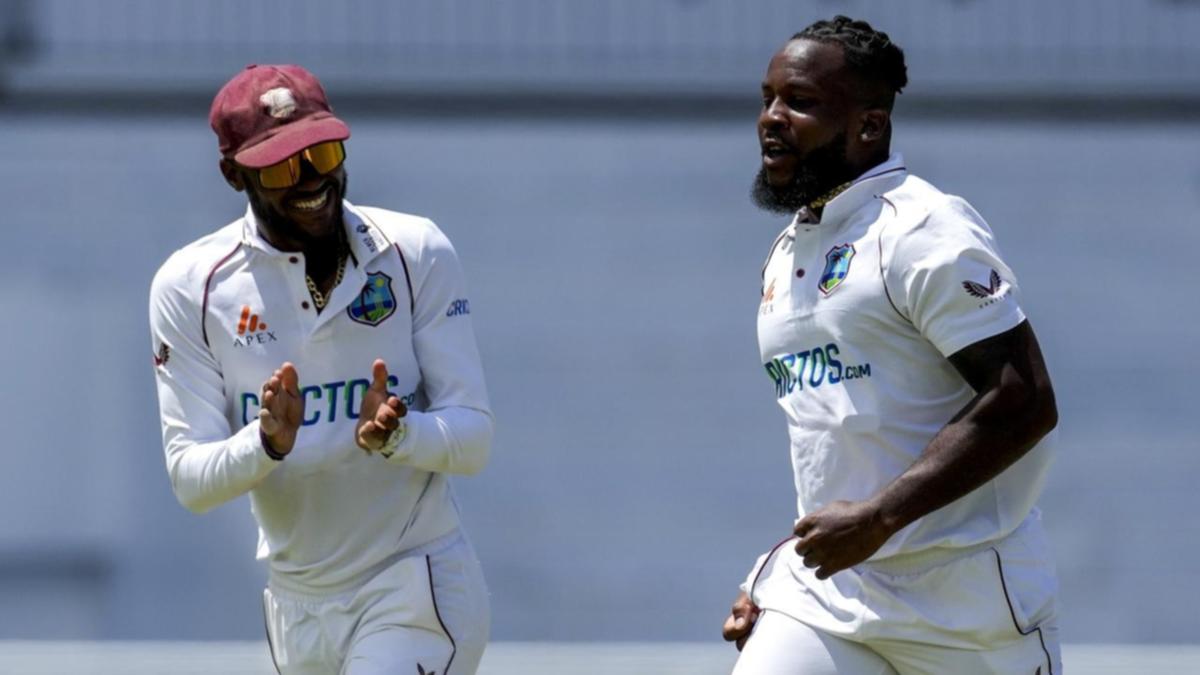 West Indies have claimed the prized wicket of Joe Root for a duck as England slumped to 3-46 at lunch on the opening day of the third and deciding Test in the Caribbean series.

Pace bowling allrounder Kyle Mayers quickly justified his inclusion after being picked for the first time in the series on a lively pitch in St. George’s, Grenada on Thursday.

It took the first two wickets without conceding a single run, getting opener Zak Crawley caught at short cover for seven, before Root was caught behind by a delivery that moved just enough off the pitch to nick the edge of the bat.

“It was a good spell,” said an understated Mayers, who had 2-0 off five maiden overs at lunch.

“I tried to stick to length, just staying patient. The ball’s actually seeming around in the air and off the wicket, (which is a) bit slow, but once you get the ball fuller than normal you’re in business.”

Root’s quick departure after nine balls was the 11th duck of his career, and his first against West Indies.

The exit of England’s best batter was almost enough on its own to justify the decision by West Indies captain Kraigg Brathwaite to send England in upon winning the toss.

But when Jayden Seales trapped Dan Lawrence lbw for eight just before lunch the call was properly vindicated.

The bowlers got enough late movement to beat the bat occasionally, but opener Alex Lees showed good judgment to mostly avoid flashing at anything wide, advancing to 26 at lunch, while Ben Stokes had yet to score.

If there was anything West Indies will regret, it was two wasted reviews on hopeful lbw calls that went against them.

After the first two Tests of the series were drawn on placid pitches in Antigua and Barbados, it seems more likely the Grenada strip will produce a decisive result

“There’s some moisture around and the pitch has a decent layer of grass,” Brathwaite said after winning the coin toss for the first time this series.

Both teams made one change from the second Test.

England brought back pace bowler Craig Overton, who missed the second Test due to illness. He replaced Matt Fisher, his late replacement in Barbados, which means England will again play the one specialist spinner, Jack Leach.