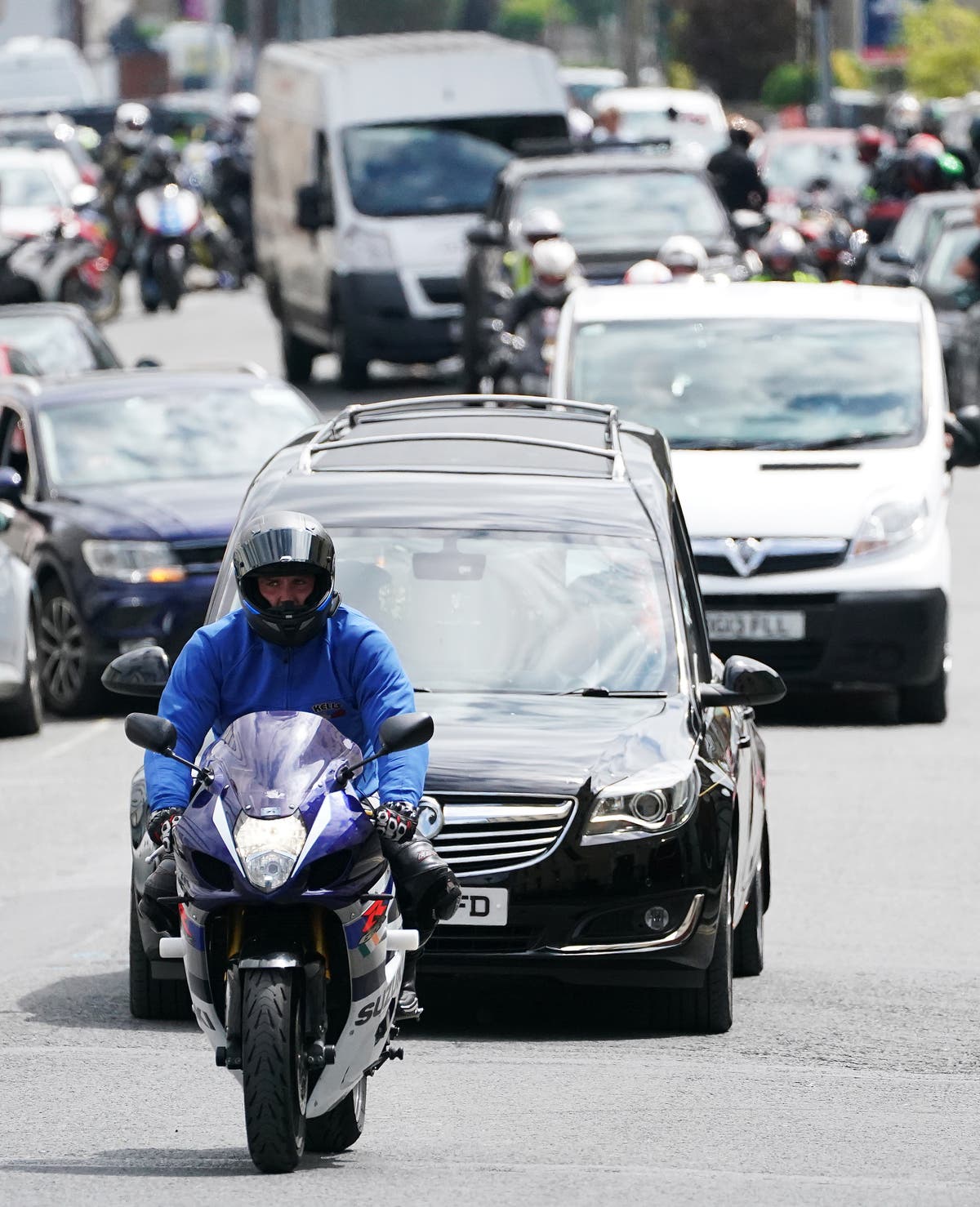 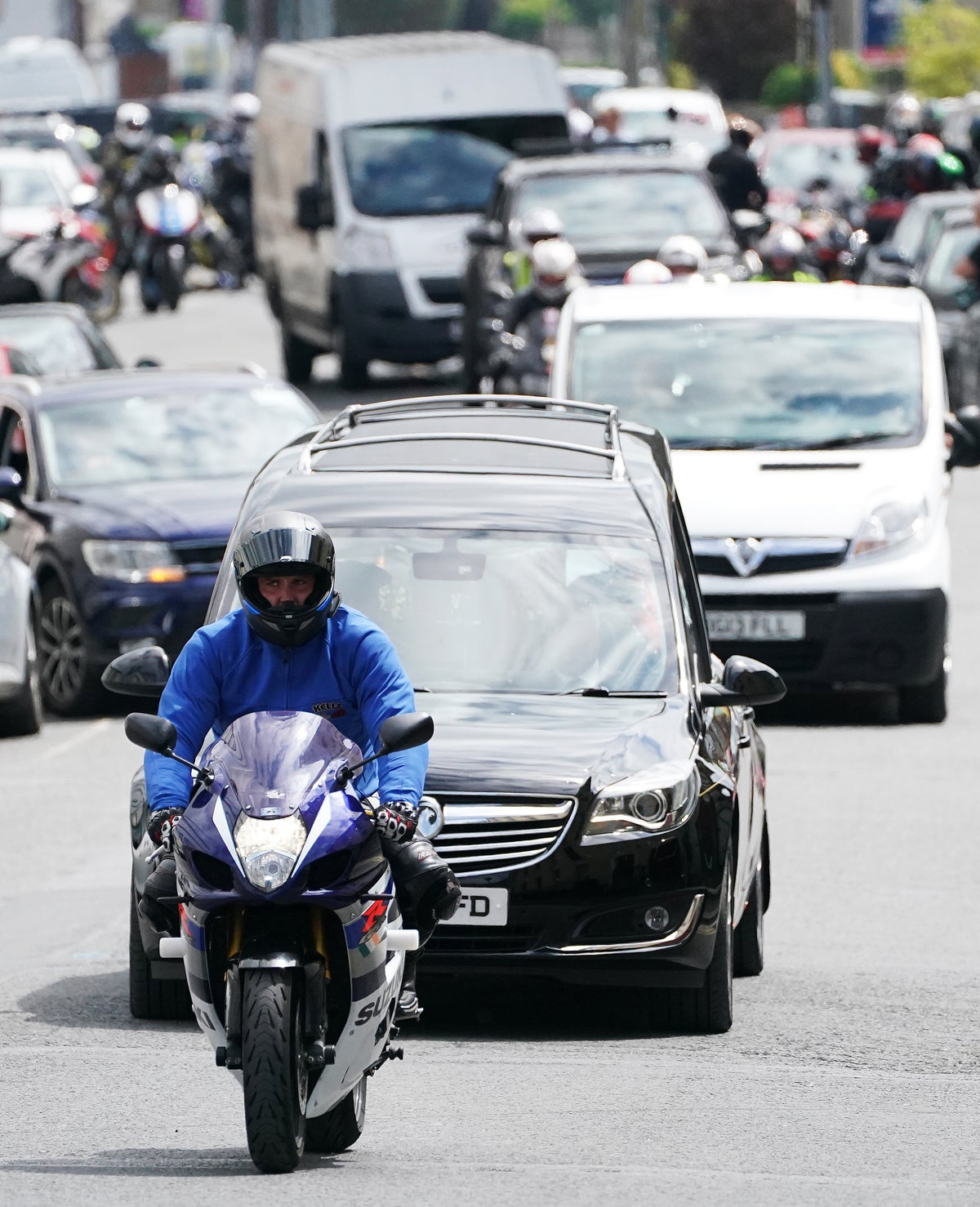 Dozens of motorcycles have accompanied the removal of the body of a Northern Irish motorcyclist, who died this weekend during a Co Meath race.

Twenty-year-old Jack Oliver was taking part in an event at Crossakiel circuit, part of the Kells Road Races, when he was involved in a collision around 1.30pm on Sunday. He was pronounced dead on the spot.

On Thursday afternoon, dozens of motorbikes escorted Mr Oliver’s hearse, which was carrying a red floral arrangement that read “Wee Jacko”, from Navan, Co Meath to his home in Limavady.

The cycle escort would meet at Dillonsland at 1.30pm and escort the hearse to Dundalk where more motorcyclists and friends of Mr Oliver would join the procession.

It would then travel to Newry, Belfast and Dungiven, before returning to Mr Oliver’s home in Limavady.

Kells Road Races said in a post on its Facebook page that the “little club is absolutely broken” by his death.

Oliver’s funeral will be at Carrick Parish Church at 2pm on Sunday, followed by a funeral in Enagh Cemetery at 3pm.