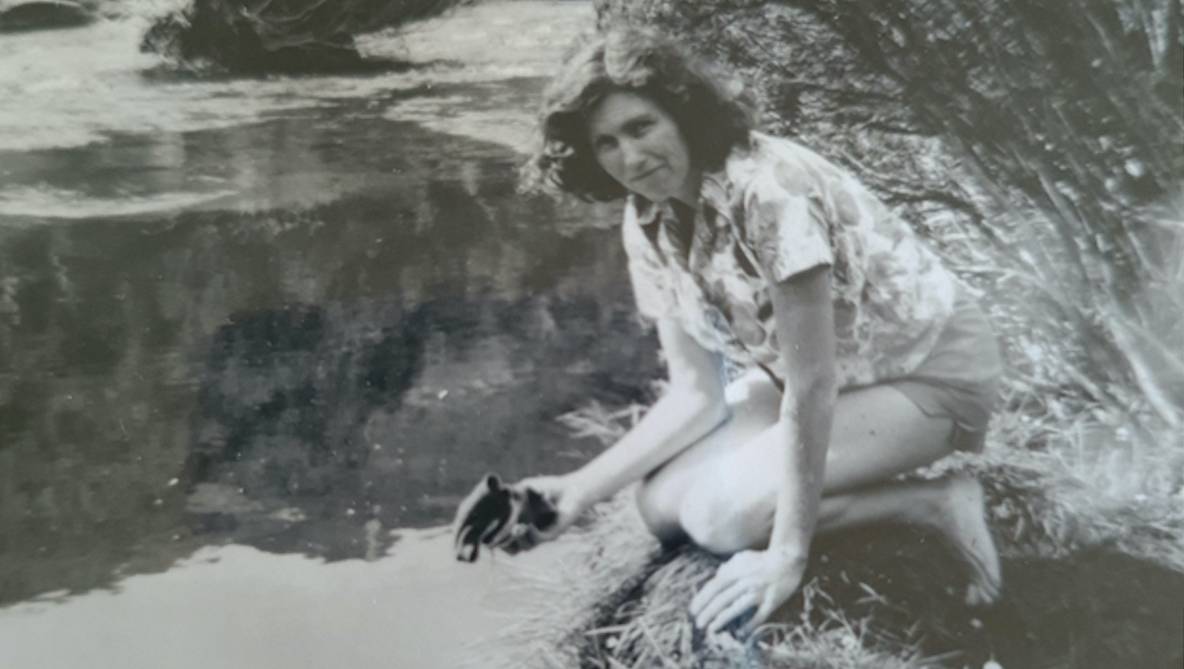 The cover photo of the book is of Ruth Staples, a plucky Georges River campaigner who has lived her entire life around Lime Kiln Bay in Oatley West. She continued to fight to regenerate the river until her death, aged 90, in 2020. Photo: Mick Staples, 1966, courtesy of the Haworth family collection.

A new book tells the story of local residents who have fought for decades to protect the Georges River and its ecosystem from advancing development and other threats.

Georges River Blues: Swamps, Mangroves and Residents’ Action, 1945-1980 is the work of Professor Heather Goodall, who previously wrote the famous Rivers and Resilience, which chronicles the Aboriginal history along the Georges River.

Professor Goodall’s new book will be launched on Sunday 24 April at the Hazelhurst Regional Gallery and Arts Center. It is a free event, everyone is welcome, but registration is recommended.

The launch has been organized by Oatley Flora and Fauna Conservation Society, Sutherland Shire Environment Center and the Georges Riverkeeper.

Kim Wagstaff, president of Oatley Flora and Fauna Conservation Society, said: “The book is a fascinating insight to the people who have gone before us and the campaigns they have waged to save our local Georges River wildlife habitats from pollution and destruction.

“We can learn a lot about their passion for nature and the strategies used to fight this battle: self-education; raising community awareness about the intrinsic value of the mangroves, bushland and waterways; building support and lobbying politicians at all government levels.

“Unfortunately, Oatley Flora and Fauna are still fighting similar battles to halt the over-development of the foreshore and bush open space, including the attempt to save the 2.5-acre ‘Glenlee’ estate.”

Speakers at the launch include Chris Gambian of the Nature Conservation Council and Rob Dixon of Georges Riverkeeper.

Georges Riverkeeper is one of Australia’s longest-serving river basin management groups and works with eight member councils who are collectively responsible for managing river health.

The historic waterfront property known as Glenlee. It contains National Trust-listed sites of Aboriginal cultural heritage and early settler history, a remnant of Blackbutt forest and habitat for a wide variety of local native wildlife, including 12 endangered species and a stand of mangroves at Boggywell creek. Photo: Glenyss Barnham

“Georges Riverkeeper, now in his 42nd year, also grew out of the like-minded activism of individuals, and we are indebted to those who have stood up for the river for so many years,” she said.

“While legislation now protects mangrove forests from reclamation and turned them into sports fields and homes, they could still be threatened by the effects of climate change. In the future, lessons from past activism may need to be relied upon to give these communities somewhere to back themselves up.” to pull as sea levels rise.”

Other speakers at the launch included Dr Bob Haworth, who grew up in Lime Kiln Bay, and will talk about what it was like there in the 1940s and 1950s.

Sutherland Shire Environment Center spokeswoman Catherine Reynolds said: “This book is enlightening and beautifully written. We are delighted to host this launch in Hazelhurst.”

Bernie Clarke has a sample of oil-contaminated water collected in 1976 near the Caltex refinery. Photo: Trevor Dallen / Fairfax Media.

“A lot of people don’t realize what we owe to local activists over the decades,” said Dr. Reynolds.

“Every day, the local people put a tremendous amount of energy and effort into advocating for the environment. It is important to remember their efforts.”

“The pollution event in Kurnell this month shows that protected ecosystems like Towra Point, which these campaigners fought for, are still subject to threats. We hope that people today can draw inspiration from what has been achieved in the past.”

Professor Goodall said: “I am delighted to have the opportunity to present the book to the people in the area where it all happened.”

“The role of everyday activists has been overlooked in the major histories of the Australian conservation movement, and it is time they were better recognized. These are the people who laid the foundations for today’s widespread urban environmental awareness.”

The launch event will begin informally from 12:30pm at Hazelhurst Cafe. The lectures start at 2 p.m. in the Theater.

The launch event is free. Everyone is welcome, but the number of places is limited and registration is recommended.