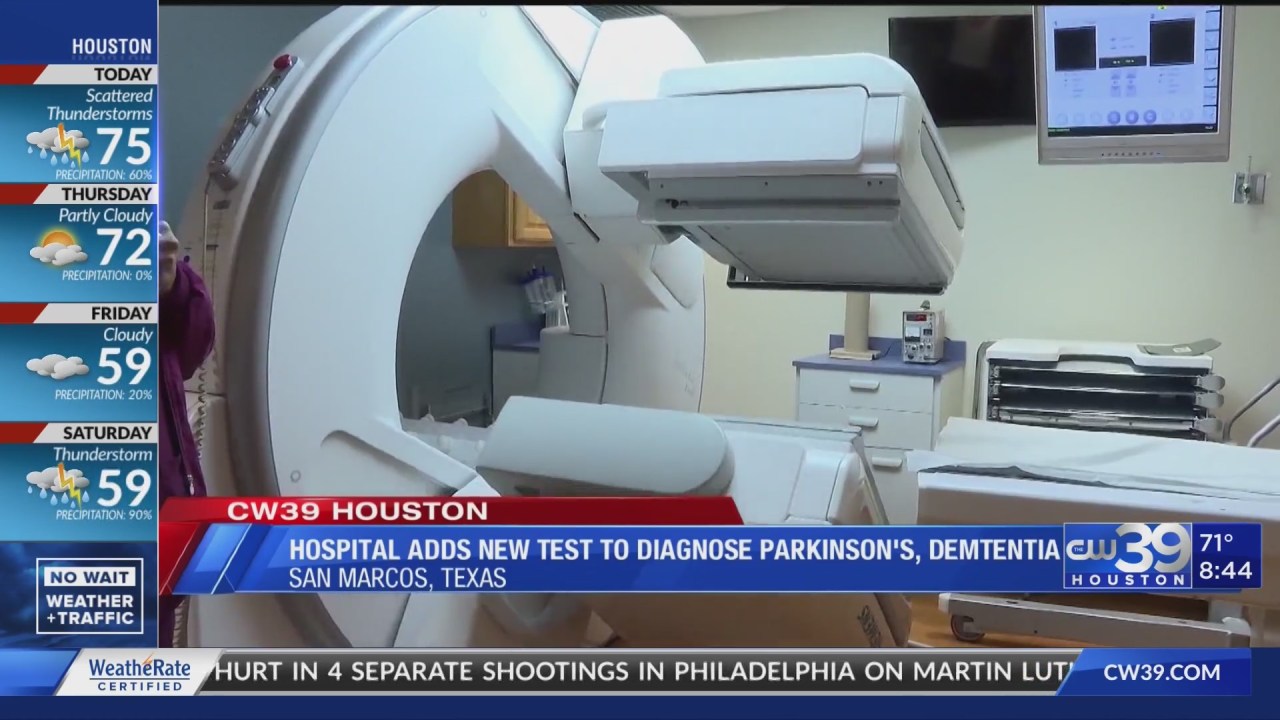 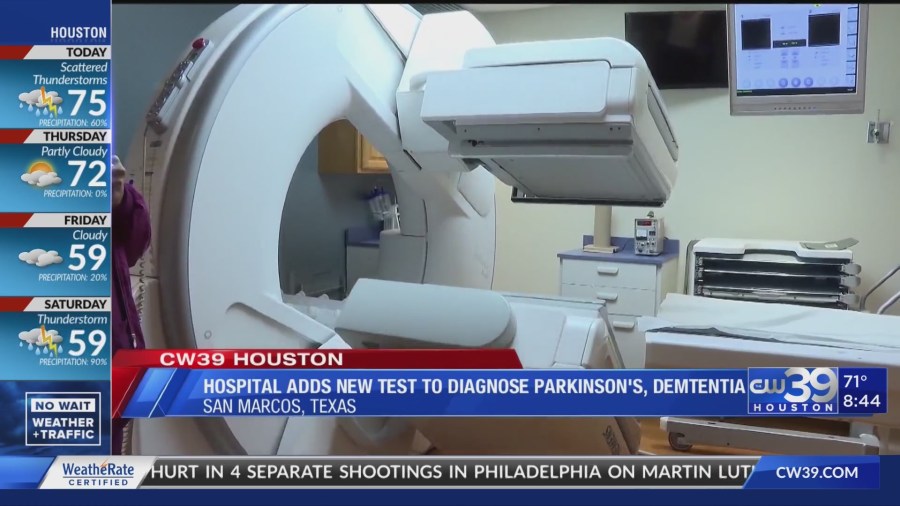 TEXAS (KIAH) – Nearly one million people in the US are living with Parkinson’s disease (PD). More than 52,000 are Texans. Parkinson’s is the second most common neurodegenerative disease after Alzheimer’s disease, according to the Parkinson’s Foundation.

There is a non-invasive imaging test to diagnose Parkinson’s disease and even dementia.

The dopamine transporter scan, or Datscan, is the first imaging agent approved by the FDA for use in capturing images of the brain. DaTscan™ is a radioactive agent that is injected into the bloodstream and travels to the brain, where it can be easily seen with special imaging technology called a SPECT camera.

According to Houston Methodist Hospital, if enough dopamine transporters (DaT) are intact or unaffected, the imaging agent activity will appear as mirrored commas or crescent shapes in a normal scan. In an abnormal scan, activity appears on one or both sides in circular or oval shapes.

“This imaging tool is a step in the right direction for the timely and accurate diagnosis of patients with Parkinson’s syndromes, including Parkinson’s disease,” said Toby Yaltho, MD, fellowship-trained movement disorder neurologist at Houston Methodist Sugar Land Hospital. “Without these detailed images of the brain, we rely solely on clinical studies, which are inconclusive, especially in the early stages of the disease.”

The DaTscan is used in several hospitals and imaging sites in the region.