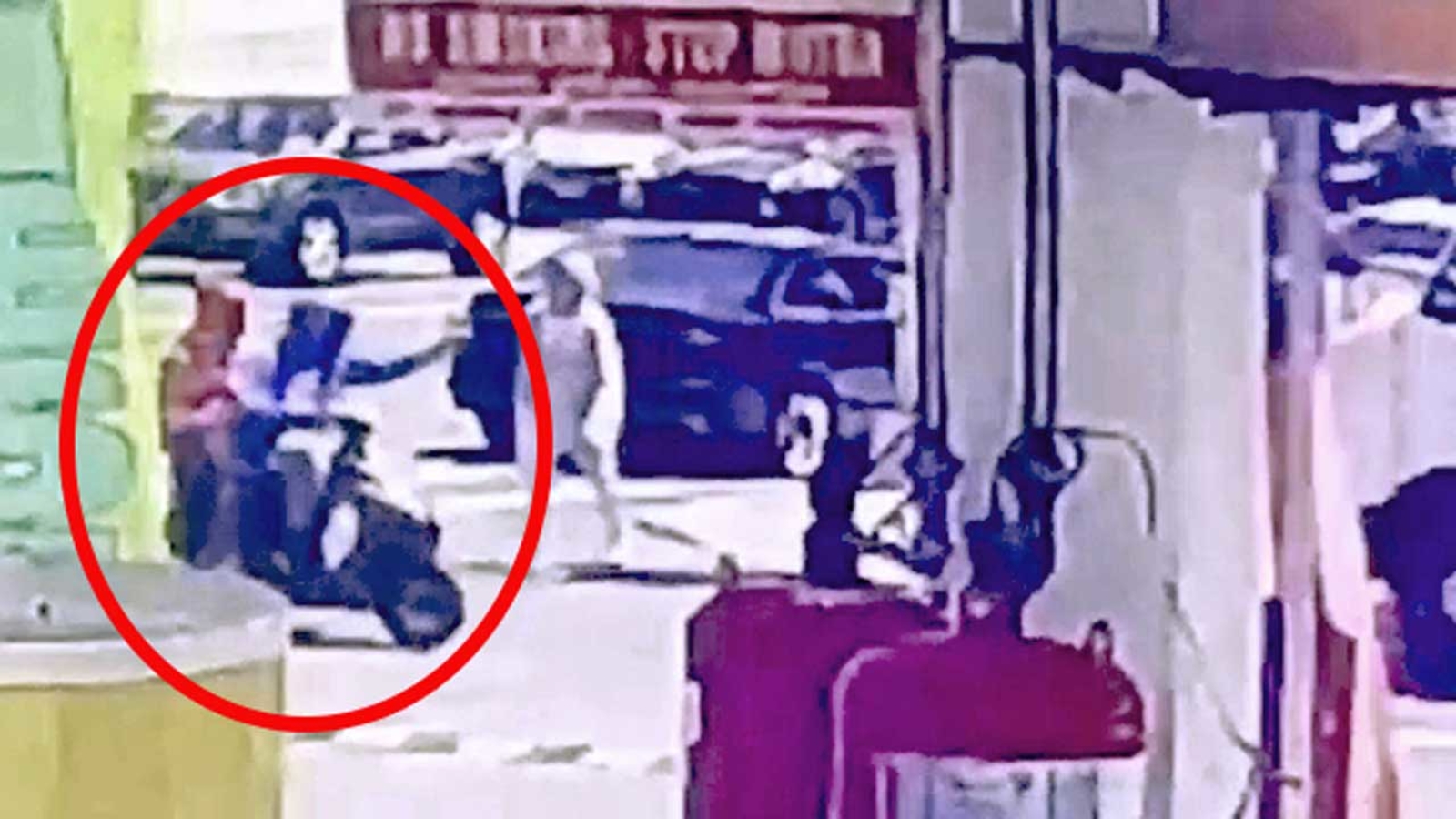 ELMHURST, Queens (WABC) — A manhunt is underway for the gunman who opened fire near a Queens high school, leaving the teenage son of an NYPD officer injured.

It comes as city officials continue to voice concerns about ghost weapons.

They are asking the federal government to target one weapons manufacturer in particular as part of a crackdown on those untraceable weapons.

The 17-year-old student was shot in the arm around 1:45 p.m. Wednesday when shots were heard near the intersection of 74th Street and Grand Avenue in Elmhurst.

Surveillance footage shows the suspects opening fire on a scooter.

The victim, the son of an NYPD officer, ran into Maspeth High School for help and was taken to the hospital.

He is registered in stable condition.

Police sources tell Eyewitness News it remains unclear whether the victim was the intended target of the shooting.

He was walking with another man who may have been the intended target at the time of the incident.

Police say there was an argument with two other people prior to the shooting.

“It all started with a fight, literally in a Burger King there,” said one student. ‘There was an argument, two boys approached each other. Someone threw a garbage can, and now this.’

They were later released and determined not to be involved in the shooting.

The school was briefly locked.

“The NYPD, school security officers and school personnel have been cracking down on Maspeth High School to ensure all students in Maspeth are safe while the NYPD responds to an off-campus incident,” the Department of Education said in a statement. “The lockdown has been lifted and the NYPD and school security are assisting with the discharge.”

Metal detectors were in place to screen students coming to school on Thursday morning.

“We’ve never experienced the level of utter disdain and fearlessness from carrying a gun and using a gun,” Adams said. “I’ve never experienced anything like it. There’s a real energy out there that it’s okay to carry and use a gun because nothing will happen to you. That’s a big mistake.”

The fear is that the number of shootings will increase as the summer weather arrives and temperatures rise in the city.