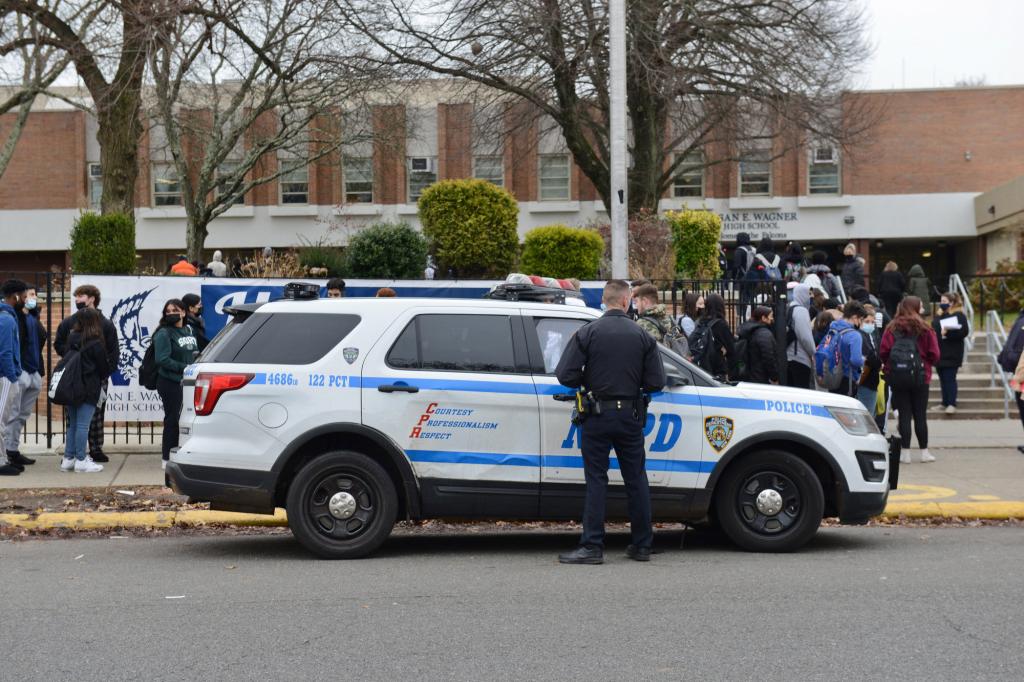 The New York Department of Education is stepping up safety protocols for the new school year, The Post has learned.

The new measures range from new technology to more security personnel in schools – and come after violence in the Big Apple closed schools in the spring.

“We’ve met three-digit numbers of vendors about various security enhancements and applications they recommend to use to strengthen our security in our schools,” Mark Rampersant, director of safety at the DOE, told parents this week.

Rampersant introduced an internal application to the Chancellor’s Parent Advisory Board for real-time emergency notifications between school principals and parents.

“We’ve heard from parents about notifications and the time frame within which you will be notified by your schools when something like a lockdown, shelter or an evacuation takes place,” he said. “We heard you when you said directors should report better.”

The application also allows School Chancellor David Banks to contact families and can be used for emergencies such as snow days.

The DOE is also introducing a prototype so that the public schools can close their front doors, while first responders can access the building in an emergency.

“We believe we have a prototype that we are introducing to our schools as we write new policies about what it looks like to actually lock the front doors,” Rampersant said.

The DOE also invests in personnel, including $9 million in federal incentive funds to put volunteer violence interrupters from local nonprofit organizations on the city’s payroll.

“We thought it was appropriate, why not hire these people and bring them to our schools to help us ensure safety and security for our students, staff and our visitors?” said Rampersant.

Meanwhile, a second class of school security officers under the Adams administration will graduate later this month, adding 200 staffers in time for reopening. After that, another 250 will go to the academy for 17 weeks of training, he said.

Greg Floyd, the president of Teamsters Local 237, which represents the city’s security officers, estimates the current class is closer to 175 officers — and does little to add more hands on deck throughout the system.

“I’m sure about 175 have retired since the end of the school year,” said Floyd, who gets retiree reports about a 2-3 month delay. “You go through the math with people who don’t know the math — and it’s good that you have a different class — but you don’t say how many people have retired.”

Floyd estimated that there is still a shortage of 2,000 officers, compared to the number of employees before the pandemic and the height of the move to relieve the police.

Stay up to date with today’s most important news

He added that all officers were required to attend active shooting training in the wake of the mass shooting at a Texas school.

“That’s new,” Floyd said. “But what they really need right now is help – not for an active shooter. They need help with everyday weapon prevention.”

Thousands of guns were found in public schools last school year, which Banks attributed to students’ concerns about their safety on the way to and from school buildings.

Floyd also questioned the timing of the announcements and not yet the school security officers with the first day of school just around the corner.

The Education Ministry will have more to say soon, officials said, adding that schools and families will be the first to know about new protocols.