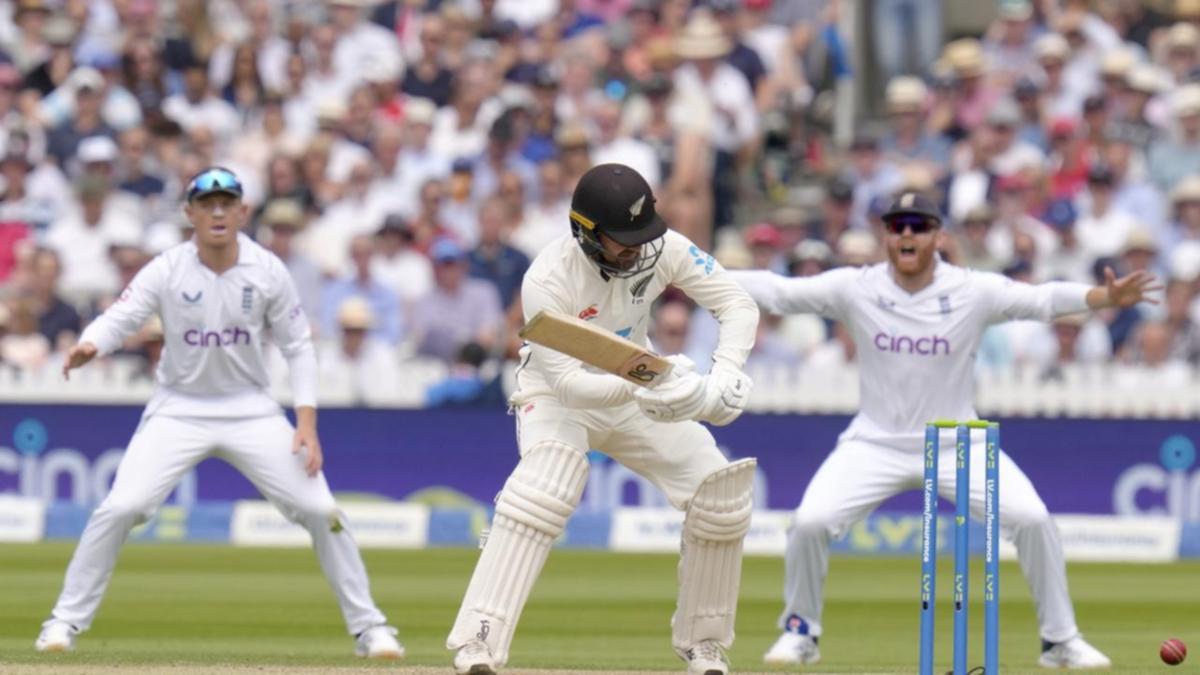 A 72-run partnership between Daryl Mitchell and Tom Blundell helped New Zealand extend their lead over England to 119 runs at tea on the second day of a low-scoring first Test at Lord’s.

New Zealand was 4-128 in the second innings before the end of the afternoon session on Friday, after being eliminated for 132 in the first innings.

All-rounder Mitchell (43 not out) hit five limits in a formidable batting display, which was a relief for the Black Caps collapsing in the first innings against England’s fast bowlers.

After the wickets fell over on the opening day and the first session on day two, there was a sense of calm in the afternoon as New Zealand lost just one wicket and eventually found a solid batting partnership.

The reigning World Test champion, who was 3-38 at lunchtime, lost Devon Conway (13) in the 23rd over of the second innings after returning Stuart Broad strangled him in the leg.

Conway’s departure put an end to his 9.3 overs partnership with Mitchell, which looked promising.

Mitchell nevertheless combined well with wicketkeeper-batsman Blundell (39 not out) as the visitors evenly balanced the Test for the final session on day two.

Mitchell and Blundell’s firm partnership forced new captain Ben Stokes to introduce spin as Matthew Parkinson, brought in as a concussion replacement for Jack Leach, who first pitched in the longest format for England.

England, led by new head coach Brendon McCullum, have won just one of their previous 17 Tests and are looking to continue their bleak journeys through the Caribbean and Australia.

They will host New Zealand in two more Tests after the game at Lord’s.