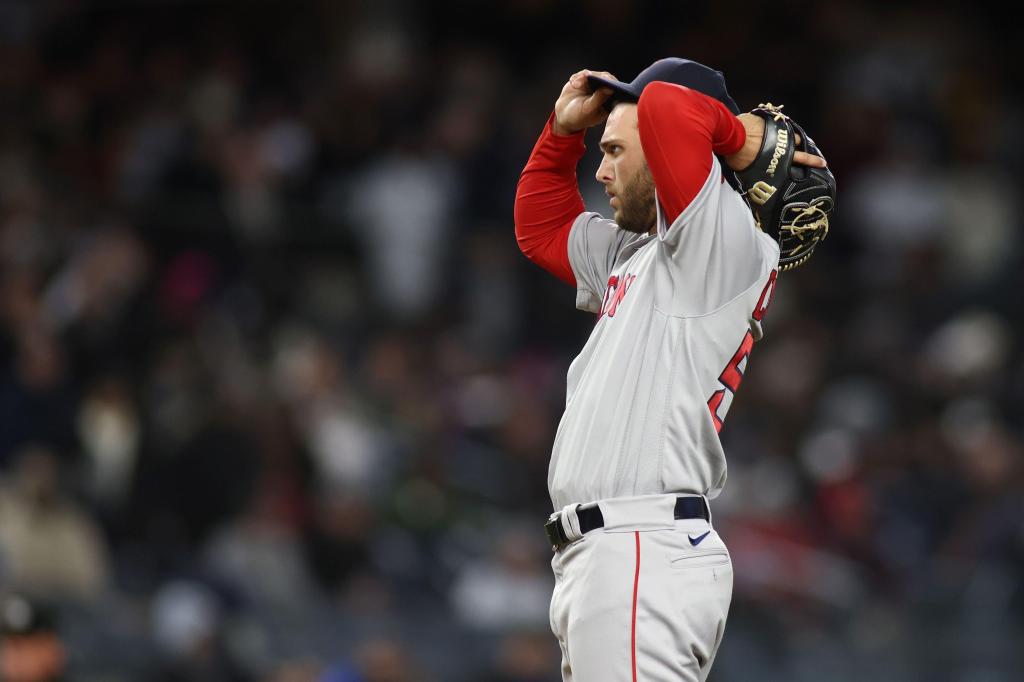 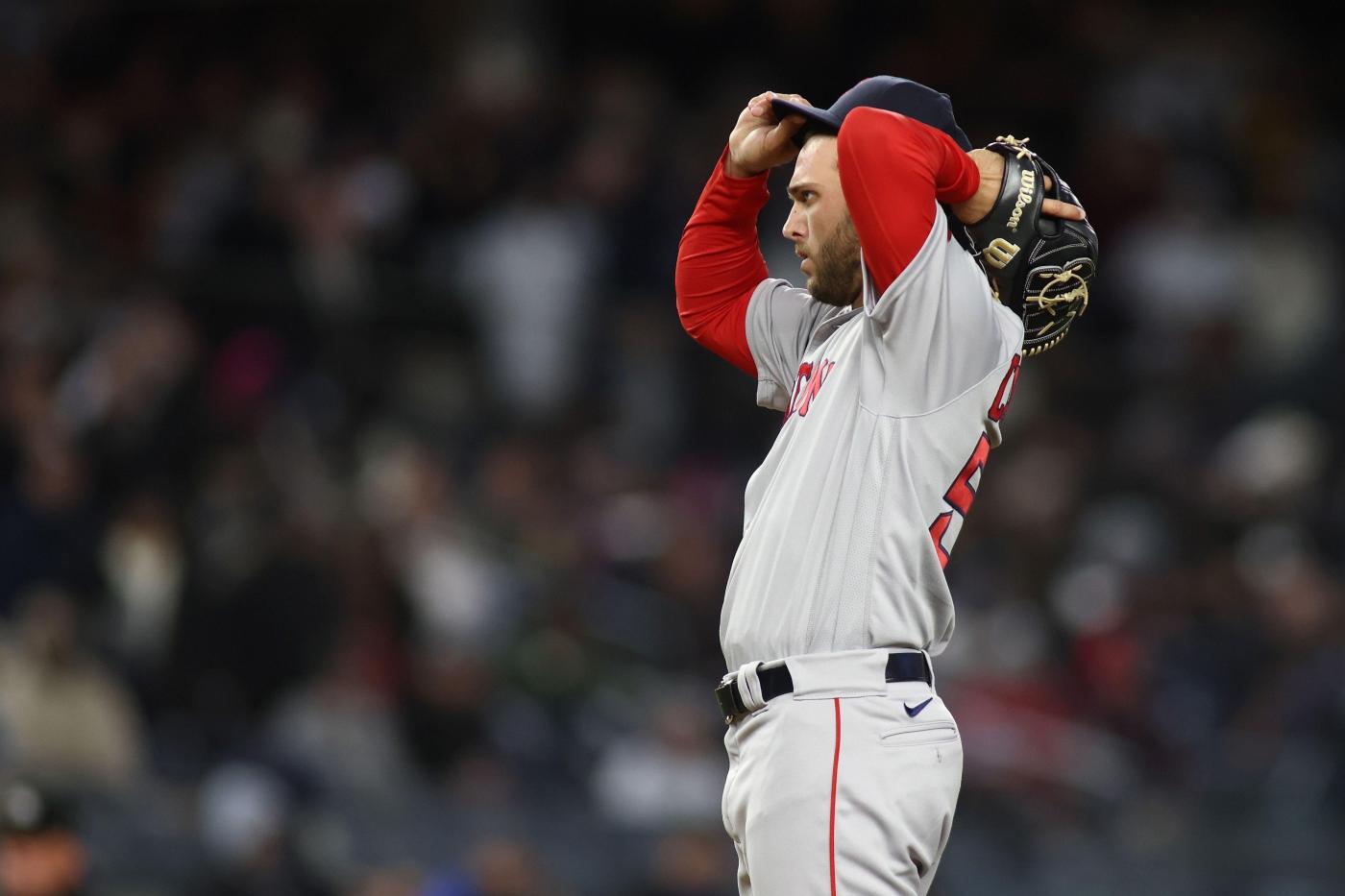 The cry of “May Day! May Day!” sounds from Bunker Hill to Roxbury and all of New England at the sight of Red Sox crashing and burning barely a month into the season – at the same time, the South Bronx’s Evil Empire rears its ugly head again as the dominant force in the American League East .

It doesn’t matter if it’s only May. Judging by the Red Sox Nation hysteria that went viral all over Twitter, it couldn’t be more gloomy at Fenway. The 2022 Red Sox are a mess, and no one feels heat more than Chaim Bloom, the analytical whiz kid GM who hired Red Sox owner John Henry from Tampa Bay in 2019 with the idea of ​​maximizing player values, building a strong farm system (that the previous GM Dave Dombrowski was largely gutted) and ended up paying less for winning more like the Rays.

As upset as they were when Bloom, in one of his first moves, traded Mookie Betts with the Dodgers at Henry’s command, Red Sox Nation is just as saddened, if not more so, during Bloom’s off-season this year, in which he: Didn’t do enough to bolster the Red Sox bullpen (currently one of the worst in baseball, converting just five of their first 12 saves and 0-5 in extra innings); made the curious trade of prolific outfielder Hunter Renfroe (31 HR/96 RBI last year) for weak hitting Jackie Bradley Jr.; and then low-ball All-Star shortstop Xander Bogaerts in their contract extension talks that will now surely lead to the departure of their most popular player as a free agent after the season.

After striking out 11 batters to Shohei Ohtani on Thursday, the Red Sox stumbled into the weekend with the perennially sad Orioles for last place in the AL East and 24th in the majors in runs, 25th in home runs and tied for 23rd with only five saves. On top of that, Bloom’s only major spend — the six-year/$140 million he gave Trevor Story last winter, ostensibly as a cover in case Bogaerts gets released as a free agent — has been the biggest disappointment of this one so far. year. † As of Saturday, Story hit .210 with no home runs and heard the loudest booing of anyone at Fenway.

Which brings us back to the Yankees, not to be forgotten, who have been roundly criticized for outperforming the entire high-end free agent shortstop class – Corey Seager, Carlos Correa, Marcus Semien, Javy Baez and Story. Instead, in view of the upcoming negotiations with Aaron Judge, Brian Cashman went down the trade route to fill that void and took over Texas’s Isiah Kiner-Falefa. Rising to first place on the wings of an 11-game winning streak, pitching and defense were key factors for the Yankees – the latter received a huge boost from Kiner-Falefa, whose short stop play has solidified the Yankee infield. Their 0.992 field percentage is second in the majors and their seven errors are the second fewest. By contrast, last year their .983 fielding percentage was the 23rd worst in the majors.

After a lackluster 4-4 start in which the Yankees revealed too much of the batting inconsistencies that plagued them last year, they took full advantage of the weak schedule of nine games against the AL Central and three against the Orioles. Through it all, it was the Yankee pitching that dominated and showed consistency. In their first 25 starts of the season, the Yankee starting rotation of Gerrit Cole, Jameson Taillon, Jordan Montgonery, Nestor Cortes and Luis Severino only gave up three or more earned runs on five occasions, two of them by Cole in his first two starts. Cole then gave up only two runs in total in his next three starts.

And the Yankee bullpen has been equally dominant. At the start of Sunday’s games, Aroldis Chapman had to give up his first point. His two main set-up men, Clay Holmes and Michael King, had a combined ERA of 0.45 with 38 strikeouts in 30.2 innings. King’s rise should be especially satisfying for Cashman, who has already praised the 26-year-old righthander’s abilities since signing him from the Marlins in 2017, only to see his career stalled through injury.

The Yankees’ team with a 2.60 ERA is second only to the Dodgers in the majors, and there’s no reason to believe they won’t continue their hard work in the coming weeks. After two home games with the Blue Jays next Tuesday and Wednesday, they will play an additional 14 consecutive games against teams with records under .500.

In case you haven’t noticed, this season there has already been a referendum on two of the worst owners in baseball, John Fisher in Oakland and Bob Castellini in Cincinnati. Both have to sell their tank teams for the good of the game. The situation in Oakland has turned particularly ugly with the strong A’s arming the community to provide the necessary funding for a new stadium in the waterfront Howard Terminal area. At the same time, they stripped the team and swapped out Matt Olson, Matt Chapman, Chris Bassitt and Sean Manaea. They also made no effort to re-sign free agents Starling Marte and Mark Canha, letting manager Bob Melvin leave for San Diego without compensation. In addition, they raised ticket prices at the landfill, the Oakland Coliseum, to an average of $25, and more than double for season tickets, from $456 to $840. Under Fisher, the A’s epitomize inflation in this country and the fans have had it. The boycott is underway. In the last three games of their recent homestand, the A’s drew 2,488, 2,815 and 4,838 spectators. Meanwhile, in Cincinnati, one of the top baseball cities in the country, the Reds’ 3-22 start was the worst in 25 games in their history, but it really came as no surprise after Castellini ordered the 83-79 third game. break from last year. club place. The Reds traded out popular catcher Tucker Barnhart, outfielder Jesse Winker, third baseman Eugenio Suarez and righthander Sonny Gray, forgoing No. 2 starter Wade Miley – all for financial reasons. Making matters worse, however, was the utter arrogance of tone-deaf Phil Castellini, the owner’s son, a few weeks ago in response to fans’ clamor for Castellini to sell the team. “Be careful what you wish for,” he said, before adding that he and his father are absolutely committed to winning. What do you say? … New Baseball Book of the Week: Recently minted Hall of Famer Jim Kaat’s latest memoir, “Good as Gold” (Triumph) is a very fun and informative read of his 25-year playing career and his even longer broadcasting career. Particularly interesting is Kaat’s story of his time in the Yankee broadcast booth – his way of warding off George Steinbrenner’s whims, his spiky interaction with Alex Rodriguez, and the valuable lessons he learned from Bill White.