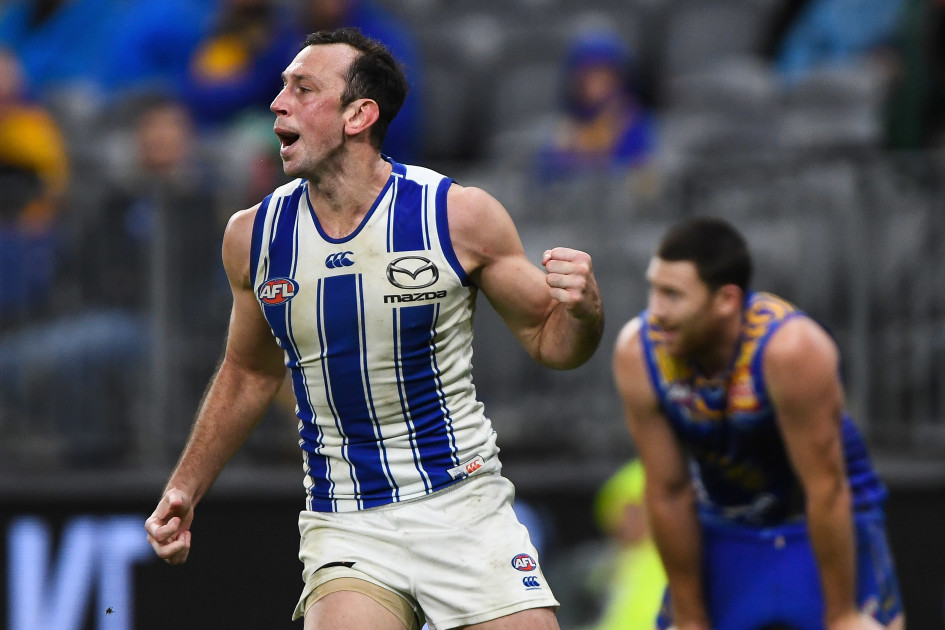 North Melbourne veteran Todd Goldstein will reportedly be one of the players hoping to find a new home in this year’s trading period.

The age reports that the ruckman will seek his opportunities elsewhere after being given a secondary role so far this season.

Tristan Xerri, who is currently injured, and Callum Coleman-Jones are the future for the Kangaroos in the ruck position, but Goldstein remains one of the Roos’ few experienced leaders.

He played well in Carlton’s loss back in the primary ruck role, showing that he is still capable at the position.

Goldstein had the chance to leave North Melbourne in the 2019 trading period, with Geelong particularly enthusiastic about his services.

Instead, he signed a three-year deal to stay with the Kangaroos, saying at the time that he wanted to remain a one-club player.