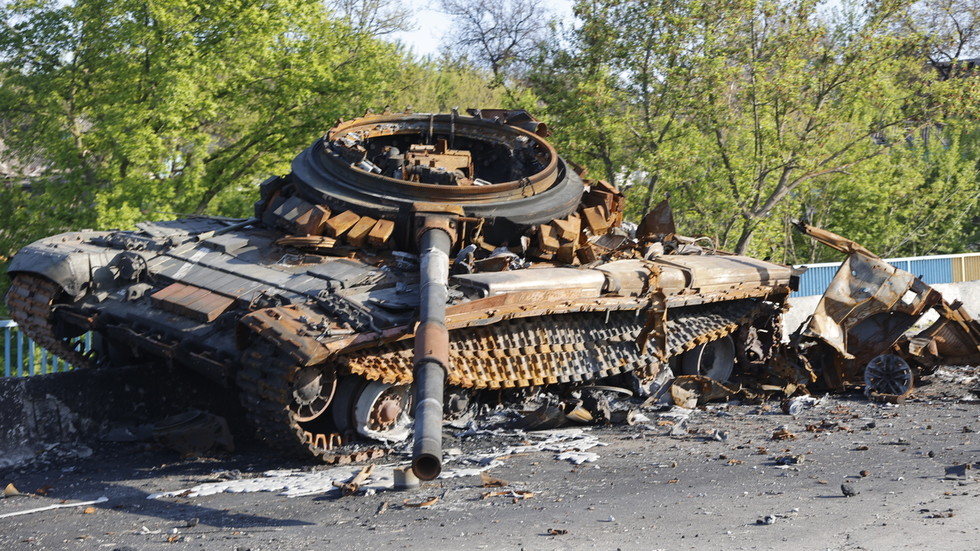 An embargo on Russian oil will not stop the war in Ukraine or save lives, Ireland MEP Clare Daly has said.

“Not because I feel sorry for Russia, not because I’m on Putin’s payroll, but because sanctions don’t work. They have never stopped a war.” Daly said in a speech on Friday, as quoted by the Irish Independent.

Daly, who is a member of the left-wing Independents 4 Change party, argued that: “Not a single Ukrainian life will be saved” because of the EU embargo on Russian oil.

“If Europe doesn’t buy it, someone else will. The common people of Europe will pay that price.”

The EU this week proposed to phase out Russian oil by the end of this year. Brussels has reportedly made exceptions for Hungary and Slovakia, whose economies are heavily dependent on Russian energy supplies.

Daly said Russia “unambiguous” bears responsibility for the deaths in Ukraine and the influx of refugees from the country. At the same time, she argued that the West also contributed to the conflict.

“But we cannot ignore the role of the EU and the US. That is no excuse for Russia. It’s just to explain, because you can’t solve a problem if you don’t understand the core of it.”


Daly recalled how Pope Francis this week suggested that NATO’s eastward expansion “maybe facilitated” The Russian military campaign in Ukraine, which started at the end of February.

“The first thing I thought was kind of, ‘Did he rob my notes?’ The second thing I thought was that the Pope would be accused of being a Putin puppet or a disgrace and a disgrace.” said Daly. She added that by sending more weapons to Kiev, “The response from the EU and the Irish government had more or less been to escalate the war and ensure it continues.”

The UK pledged a further £1.3 billion ($1.6 billion) in military aid and aid to Ukraine on Saturday. The move was announced a day after the US pledged $150 million in further military aid to Kiev. Moscow, meanwhile, has accused the West of “flood” the country with weapons.

Russia attacked the neighboring state after Ukraine failed to implement the terms of the Minsk agreements, first signed in 2014, and the eventual recognition by Moscow of the Donbass republics of Donetsk and Lugansk. The protocols brokered by Germany and France were designed to give the breakaway regions a special status within the Ukrainian state.

The Kremlin has since demanded that Ukraine officially declare itself as a neutral country that will never join NATO’s US-led military bloc. Kiev maintains that the Russian offensive was unprovoked and denies that it intended to retake the two republics by force.