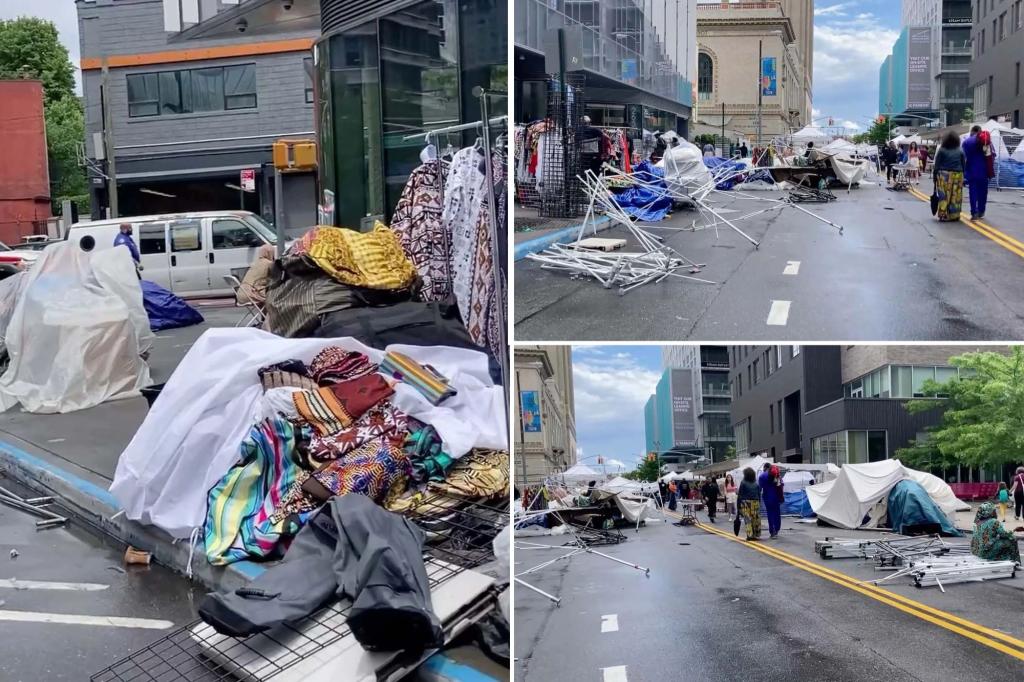 Wind gusts marred the much-anticipated return of the DanceAfrica Bazaar to Fort Greene, wreaking havoc on vendors who watched tents topple over and destroy merchandise on Saturday afternoon, witnesses said.

The wild weather caused some vendors — who made it as far as North Carolina — to take cover as gusts shook the event around 1:15 p.m.

“It was a tornado that came through here today. The wind made things get out of hand,” a shocked Kathy Cissokho, 69, of Baltimore, who sells sterling silver merchandise, told The Post. “I needed four people to hold up my tent, but the wind lifted people up. Tents flew, tents were destroyed. My tent is $239. I only used it once and now it’s gone,” she said.

Defendant Mahamadou Jawara, 59, who was from the Bronx: “This is the first time we have [the bazaar] since COVID and to make this happen,” he said, shaking his head as a man helped him get what was left of his beaded jewelry. “It was a loud noise. It was seconds when everything started to blow away. People were screaming. Some people were afraid. Everything went chaotic.”

Individuals put in nearly $700 to pitch their tents for three days — Saturday, Sunday, and Monday — for the space.

One salesman, Samantha, who expected to make about $2,000 before the wind came, tried to look on the bright side. “We have tomorrow, we have Monday, so we hope we can get some of that money back,” she said. “The high winds didn’t last long… but it felt like an eternity. There is debris in my eyes and everywhere.”