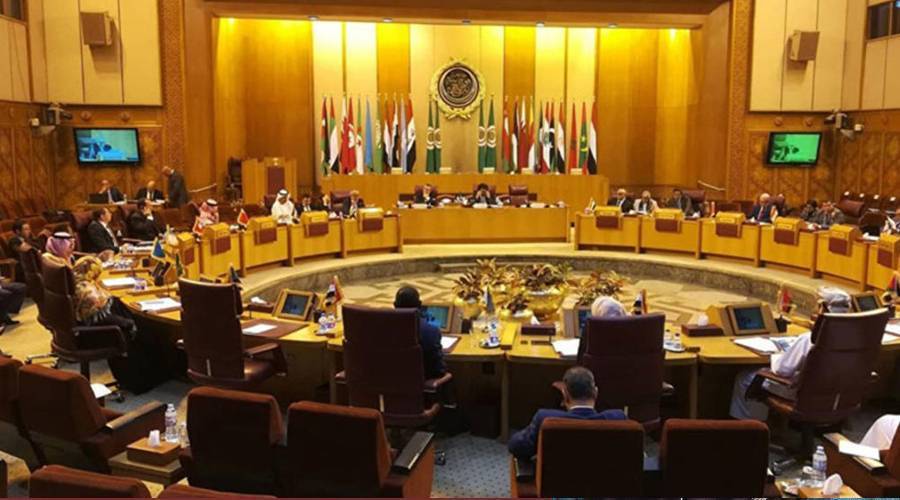 The Council of the Arab League, at the level of permanent delegates, held a meeting on Sunday to pay tribute to the late President of the United Arab Emirates, Sheikh Khalifa bin Zayed, in the presence of the Deputy Secretary-General and the head of Arab Affairs and National Security Sector, Ambassador Khalil Ibrahim Al Thawadi.

The meeting began with the permanent delegates standing for a minute to mourn the souls of the late, and Maryam Al Kaabi, the ambassador of the United Arab Emirates in Cairo and its permanent delegate to the Arab League, confirmed that the Emirates and the Arab and Muslim nations lost a leader whose life was filled with many luminous stations, explaining that at a young age he took responsibility and was the band and arm of the union’s founders, in his early twenties he played the role of the strongest emissary to his father, Sheikh Zayed bin Sultan, during the process of establishing the union at internal and external levels, and has even contributed to strengthening the UAE’s relations with its key allies, to use his wisdom emphasize in everything he did for the rebirth of the state and submit it.

Al-Kaabi added: The rule of Sheikh Khalifa, may God have mercy on him, has been distinguished since he assumed the presidency of the United Arab Emirates in November 2004, due to the wise approach of its founding leader, Sheikh Zayed bin Sultan Al Nahyan, may he rest in peace, continue the path of work and achievement with honesty, and it was the stage of empowerment. He put his fingerprints on the political empowerment program, which he launched, may God have mercy on him, in 2005, and it was the first elections to the Federal National Council, within the empowerment program, whose goal was to empower the people of empower the country and involve them in making the future of the Emirates.

She pointed out that the empowerment of Emirati women was a priority in the mind of Sheikh Khalifa, may God have mercy on him, as they occupy the highest positions in all fields and have contributed effectively to the process of development, development and modernization, through their participation in the executive, legislative and judicial authorities, and various leadership positions related to decision-making, in addition to its active presence in the Arab, regional and international arenas.

She said the UAE has made exceptional progress in the field of foreign policy, under the presidency of Sheikh Khalifa bin Zayed, because of his awareness that cooperation and joint action is the best way to continue development and stability in the region. and stressed that he worked to consolidate the role of the UAE in support of Arab and Islamic issues, in addition to working with different countries of the world, in a way that serves the interests of the UAE and the region and the central role of consolidates the state regionally and globally, which has opened unprecedented horizons for cooperation and coordination between the UAE and various Arab countries and the creation of partnerships, cooperation and dialogue.

She noted that Sheikh Khalifa led the UAE in a period when the Arab region faced harsh and difficult conditions, with refinement, to bridge this phase with more achievement and development, and it is more stable and secure. important role in defending the security and stability of the countries in the region.

Al Kaabi stressed that during the era of His Highness Sheikh Mohammed bin Zayed, the United Arab Emirates will continue to achieve what its predecessors have begun by working for Arab solidarity and all that would contribute to the upliftment of this nation and the dignity of its people. its humanity and to support Arab relations with fraternal and friendly countries. †

Fruit of the Zayed Tree

Lebanon’s ambassador to Cairo and his permanent representative to the university, Ali Al-Halabi, emphasized that Sheikh Khalifa was a fruit of Zayed’s prolific tree as he has made great achievements at all levels and contributed to increasing the his country’s reputation, both at the international and regional level, pointing to the strong relations between the President of the Emirates, the late President and the State of Lebanon, explaining that he played an important role in supporting the Arab countries during the years of his rule.

Pointing out that his departure remains painful for both the Emirates and the Arab countries, he extends his condolences to the government and people of Lebanon at this painful affliction.

lay the foundation for good

The Arab League’s deputy secretary general, Ambassador Khalil Ibrahim Al-Thawadi, said: Holding the memorial ceremony for the late Sheikh Khalifa bin Zayed Al Nahyan is an opportunity to remember with pride the achievements of this man, both at the national level in the UAE or at the level of the Arab and Islamic nations and the world in general, explaining that he devoted himself to following the lead of his founder, Sheikh Zayed bin Sultan Al Nahyan, may God rest his soul. the trust and played an important role in the rebirth of the United Arab Emirates, along with his brothers, the honorable rulers of the Emirates.

Al-Zawadi expressed the condolences of the League of Arab States to the people of the UAE and the honorable family of Al Nahyan, in this great torment, pointing out that his memory will remain immortal for generations to come. as well as in regional and international organizations, emphasizing his confidence that Sheikh Mohammed bin Zayed Al Nahyan, President of the United Arab Emirates, will follow the path of his father, may God rest his soul, Sheikh Zayed bin Sultan Al Nahyan, as well as the biography and approach of his brother Sheikh Khalifa bin Zayed Al Nahyan, may God rest his soul.

The deputy secretary general of the Arab League praised what had been achieved during the era of Sheikh Khalifa bin Zayed Al Nahyan in terms of the development and progress of the UAE, noting that 16 billion dirhams were allocated to the infrastructure of airports , ports and roads, and the UAE ranked first in the world in the indicator of access to electricity In addition to its focus, since coming to power, on implementing an ambitious strategic plan and overseeing the development of the oil and gas sectors, manufacturing industries and other development and economic projects, as well as political, social and cultural achievements.

Ambassador Al-Zawadi praised the initiative to develop the legislative authority and many initiatives and decisions aimed at improving the quality of life and confidence in science, technology and innovation, which has helped to strengthen and increase of the level of the areas, stressing that the late Sheikh Khalifa achieved many qualitative development achievements in various fields, and the state registered a strong political, diplomatic, economic and humanitarian presence at all levels. Behind them are many achievements, a man who believed in the development of his country, the prosperity of his people and his role towards his country.