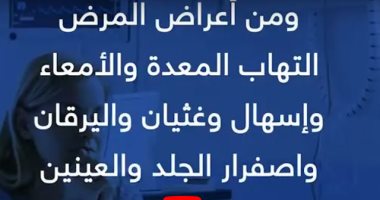 The mysterious hepatitis continues to cause much controversy among scientists in light of rising global childhood cases, and the cause has not yet been established, and the American Center for Disease Control and Prevention is investigating 109 mysterious cases in children, including 5 deaths.


According to the siteCNNThe situation is alarmingly dire: more than 90% of children have been hospitalized and 14% need a liver transplant. Children aged 5 years or younger have been the most affected by the disease so far.


Symptoms of the disease include gastroenteritis, diarrhea, nausea, jaundice, and yellowing of the skin and eyes. The number of cases reported to the World Health Organization as of May 1 was at least 228 in 20 countries.


The majority of these cases were registered in Europe, the first in Britain, and more than half of the cases tested positive for adenovirus 41, a virus commonly associated with gastroenteritis but not associated with hepatitis in healthy children.