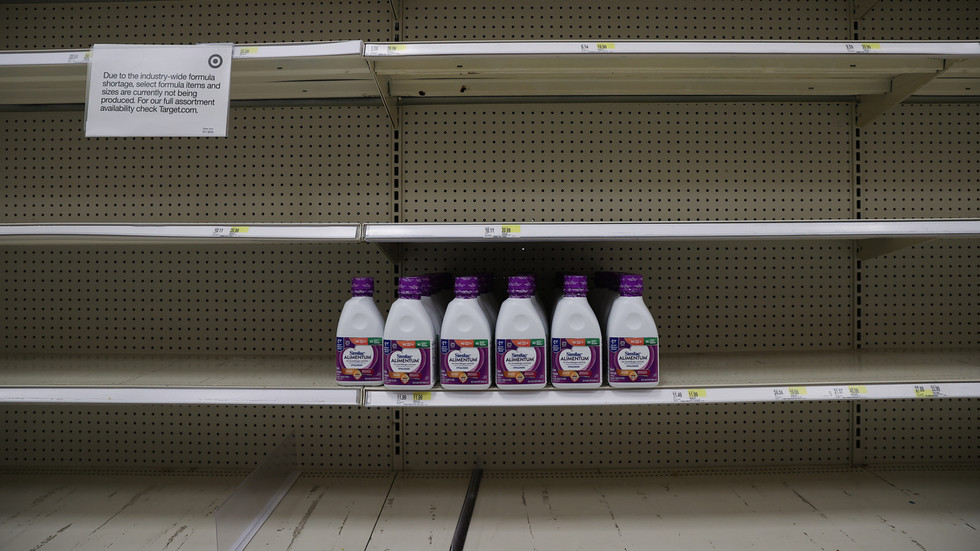 If you or someone you know has recently had the blessing (or curse, depending on who you ask) of aging in the US, you probably know about the crisis level of the lack of baby food on US shelves. The most recent estimates of the percentage of baby food sold out is 43%, according to Datasembly, as working people in the United States continue to fight back against historic price increases in the consumer market.

How did we get here? If you listen to mainstream economists, politicians or corporations, the answer is complicated and usually involves a mixture of vague “supply chain problems” caused by Covid-19, as well as the blame that is somehow partly placed on the conflict in Ukraine. This is nonsense, and thankfully the majority of Americans seem to understand that the establishment has let them dry in the rain again.

The story of the problem facing millions of working families and parents across the country shows how sick our economic system is. Abbott Laboratories is the producer of 43% of all baby food found in the United States, according to a 2011 USDA report. A handful of other companies make up the other 57%, including Nestle with its infamous history of misconduct.


Abbott Nutrition is also the exclusive supplier to most government agencies for women, infants and children, and more than 1.2 million infants served by WIC are restricted to specific brands of “contract formula.” This is important because in February, parents reported multiple cases of sick children and two cases of infant deaths after consuming products made at an Abbott plant in Michigan.

However, the FDA was made aware of multiple crimes and shady health practices as early as October 2021, when a whistleblower report reached their desk. The FDA did not inspect the plant until January 31, 2022, and the recall was not issued until February 17, 2022. The company promised to investigate itself, of course, but a spokesperson has already said the formula of the facility in question “is not likely to be the source of infection in the reported cases” and “there was no outbreak caused by products from the facility.” However, the FDA found that many health regulations were being violated and that harmful bacteria were present on the baby food production line.

Why did it take the FDA so long to respond, between these findings and the highly questionable practices outlined in the whistleblower’s report? Why isn’t a report filed? Why is no one held accountable? It is because we have a government and a business world that share one bed and one bank account and work closely together to ensure that ordinary people continue to be crushed and squeezed as long as their profits are maintained. The Michigan plant remains closed, and when such a major concentration in critical markets such as baby food is allowed, factory closures and coordinated hoods (as outlined in the whistleblower’s report) will undoubtedly begin to affect the lives of millions of parents and families. Not only this, but because there is really no way to expand the baby food market other than more babies being born, there is no incentive in a for-profit economic system to have excess storage of bottled formula in case of a time of shortage. The same can be said of the lack of certain health products such as disinfectants and masks in the wake of the Covid outbreak.

So what has the U.S. government decided to do to tame these deficits and bring relief to parents? With its infinite budget to send troops to Somalia, rescue the rich and powerful and provide Ukraine with weapons, the government could certainly do something. So far, however, it has continued its centuries-old policy of doing nothing to help the working people. What MUST the government do? First, people at Abbott and the FDA must be held accountable like anyone else, as their negligence has resulted in deaths and shortages, while Abbott continues to make billions in profits. From December 2021 to March 2022, Abbott’s revenues grew 13.76%, while the company also spent billions of dollars buying back shares rather than repairing their facilities.


Abbott and other formulators have gotten away with predatory practices for years, so finally holding them accountable should be the start of the conversation. But in the end, nationalization could be the answer. If Abbott’s assets and manufacturing facilities were nationalized, they could work for the benefit of society, communities and families rather than as a way for a select group of elites to live luxurious lives at the expense of the rest of us. The state could play a leading role in producing baby food at a much lower cost due to the lack of advertising and administrative costs faced by privatized companies. Abbott’s workers should also be given a seat at the table in policy, production, planning and the normal course of business. The goal should be for the state to assume a teaching and leadership role until workers are better equipped and prepared to run things themselves. This would also have a positive effect on record-breaking inflation, as this state-owned company could then push their more affordable products as reference prices for comparable products.

The Biden administration has already recognized the failure of the so-called free market by invoking the Defense Production Act of 1950, which gives the federal government broad powers over the economy in times of emergency and in response to issues related to the economy. national defense or the economic security of Americans. The law will be used to require manufacturers to complete orders related to formula ingredients before placing another order. This is a step in the right direction, but why has it taken so long and why not apply this logic to every other case where neoliberalism, capitalism and orthodox economics fail to take care of the people? Some commentators even have the audacity to attack this move as a violation of the “Private Property Rights” and for giving more power to the federal government. We need a government that is willing to fight on behalf of We the People against established economic power and oligarchs who continue to win their battles at the expense of ordinary people. A government of this type will not be led by Biden or Trump, or any other Democrat or Republican, but by We the People.

The statements, views and opinions expressed in this column are solely those of the author and do not necessarily represent those of RT.