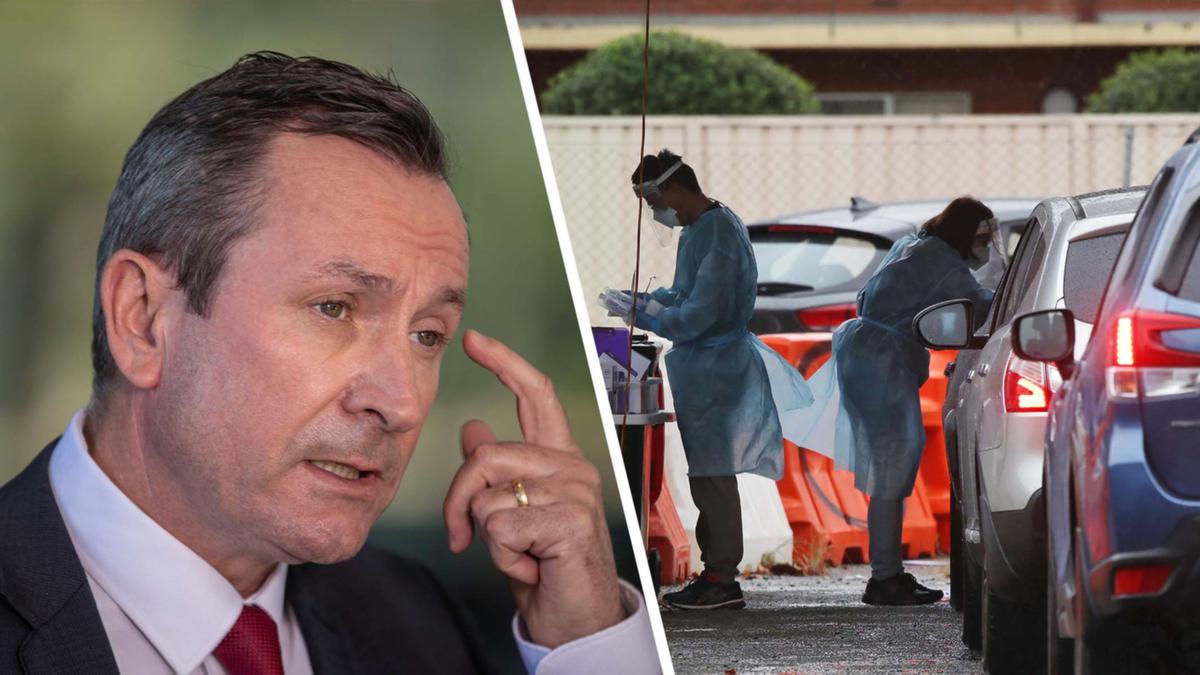 Two deaths – both historic – were also noted in today’s numbers. Both returned to May 4 and were men in their 80s.

It comes after WA’s Chief Health Officer Andy Robertson said the state could hit another pandemic peak of 25,000 daily infections next week.

Robertson estimated the figure would be much higher than the 10,000 cases peak that previous modeling predicted and much more than the 17,033 the state recorded on Wednesday.

Of today’s cases, 4,446 were confirmed via a total of 14,795 PCR tests, the remaining 8,716 were self-reported positive rapid antigen tests.

Prime Minister Mark McGowan on Friday gave record numbers of cases to the WA government’s free RAT tests and to other states’ carelessness in reporting after multiple waves of COVID.

dr. Robertson said the rising number of hospital admissions would prompt him to ask the prime minister to reintroduce the mask mandate.

“We would expect to see more hospital admissions; it usually arrives about 10-14 days after we receive larger quantities. If we’re concerned about that, we’d consider looking into that (mask mandates),” he told ABC.