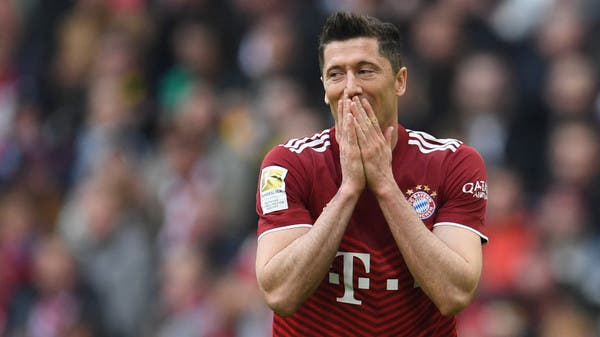 Romeo also hinted at the possibility of forgoing stars of the team, such as Frenkie de Jong, if this would allow the strength of the team coached by Xavi.

The Barcelona name was strongly associated with Lewandowski’s contract amid a dispute over his contract with the German champions, and the player said last Monday: My story ended with Bayern.

But Barcelona’s bid to shape the Poland international, who scored 50 goals in 46 appearances for Bayern in the 2021-2022 season, when La Liga president Javier Tebas said Barcelona would have to sell its stars in order to do so. to fund a competition. move.

However, Romeo made it clear that money needed to be raised to close such a deal, almost a year after the club lost the services of legend Lionel Messi after failing to meet the league’s salary cap.

He told RAC1 radio: “If we can enter three times his salary and the value of the deal, we can contract him, but in the beginning we have to finish our job by cutting salaries.”

He emphasized: if we don’t do our job, as the situation is at the moment, then according to the rules it is not possible to contract him.

Then Romeo revealed that Barcelona will negotiate salary cuts with the players as the club hopes to cut wages to make room for new contracts.

And he added: “The negotiations with the team will be individual. With the experienced players, the technical interest will be trusted and the interest of the club will be the most important. At the beginning, the expensive contracts have to be negotiated.”