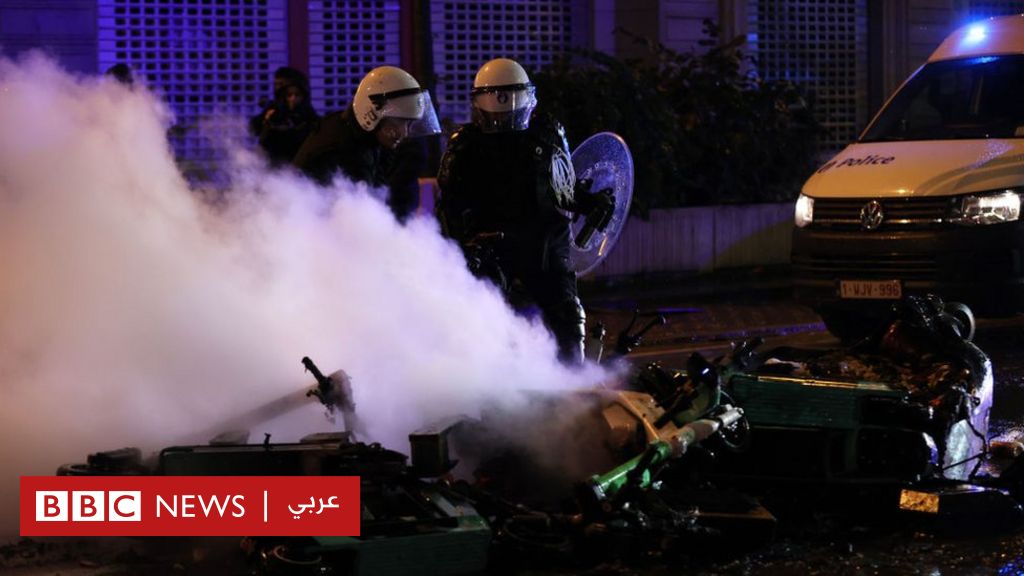 Belgian police used water cannons and tear gas after being attacked by Moroccan football fans who wreaked havoc in central Brussels on Sunday after Morocco’s shock 2-0 victory over Belgium at the World Cup in Qatar.

Dozens of fans smashed shop windows, hurled fireworks and set vehicles on fire. Police said 11 people have been arrested and one is still in custody.

Even before the end of the game, “dozens of people, some in hooded clothes, sought confrontation with the police, endangering public safety,” the Brussels police said in a statement.

A police spokeswoman said some fans were armed with sticks and a journalist was “hit in the face by fireworks”.

About a hundred police officers were mobilized, while residents were warned to avoid certain areas of the city center, and metro stations and some streets were closed to contain the spread of violence.

A surveillance helicopter hovered over the city before calm returned around 19:00 local time (18:00 GMT). An AFP journalist saw protesters set fire to a car, rubbish bins and a number of electric bicycles.

“I condemn in the strongest terms the events that took place this afternoon. The police have already intervened strongly. I therefore advise fans not to come to the city center. I can maintain public order.”

“I ordered the police to arrest the rioters,” he continued.

About 500,000 people of Moroccan origin live in Belgium.

In the eastern city of Liège, a mob of 50 people attacked a police station, smashing windows and damaging two police vehicles. Storefronts and a bus garage were also vandalized.

Police there resorted to using water cannons. Incidents also broke out in the northern city of Antwerp, in which dozens of people were arrested.

Police took action in Rotterdam, where about 500 people gathered near the city center, as well as in The Hague, Amsterdam and Utrecht, Dutch police said.

“Fans threw fireworks and glass at the riot police, which then committed attacks,” said the Rotterdam police.

Shortly after the match, the large Moroccan community in the Netherlands burst into a festive mood, set off fireworks and drove around honking and waving Moroccan flags.