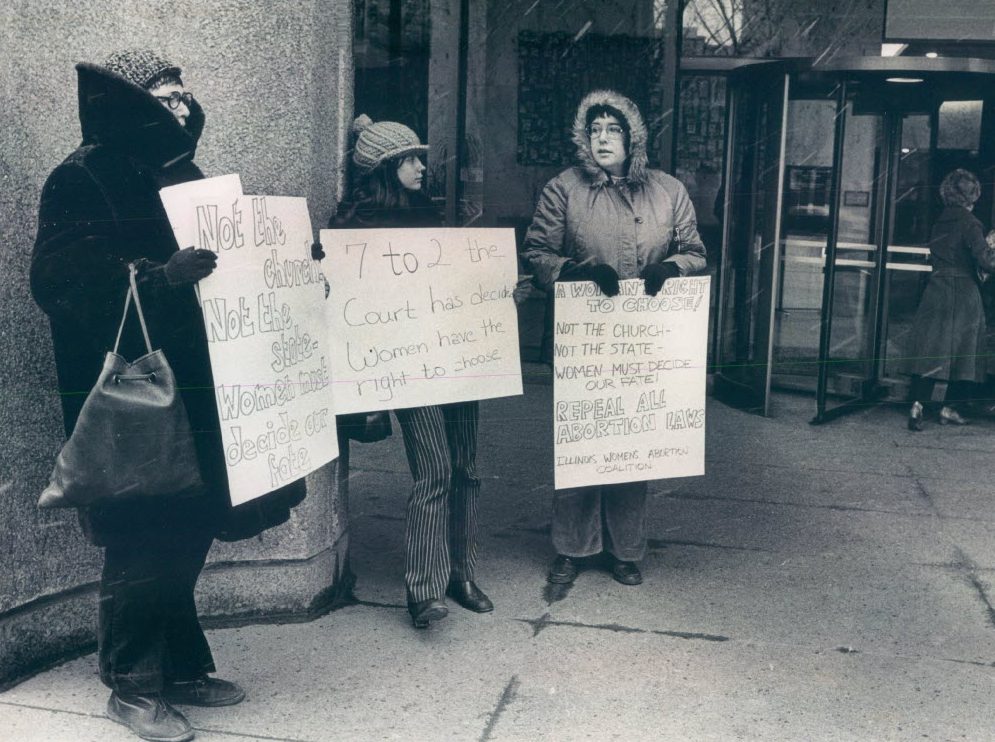 Knowing it was coming doesn’t extinguish the pain and horror of this week’s bombshell news, first reported by Politico: Roe v. WadeThe landmark 1973 Supreme Court decision to legalize abortion in the US is likely to be quashed within months. The ruling is likely to lead to abortion bans in at least 25 states, leaving millions of people in abortion deserts.

Illinoisans are in luck: Our rights are enshrined in our state constitution, but four of the five states we share a border with have no such protections. Two states, Kentucky and Missouri, have issued trigger bans to make all (Kentucky) or nearly all (Missouri) abortions illegal once they are free to do so. Republican-controlled legislatures in Wisconsin and Michigan have passed anti-abortion laws that contradict Democratic governors; in both states, GOP governor candidates have vowed to sign such legislation if elected.

In the wake of yesterday’s news, Judith Arcana, writer and member of JANE, the pre-roe The underground abortion offering in Chicago says it is focused on the impact the expected ruling will have on unscheduled children. “Being born into a life that can’t and won’t provide emotional and physical health, or even allow it, is a disaster,” Arcana said.

Megan Jeyifo, the executive director of the Chicago Abortion Fund (CAF), which supports people in Chicago and the Midwest with access to abortion, said abortion funders need support in preparing for a post-mortem.roe moment.

“Illinois has a responsibility right now: we cannot simply protect access to abortion in our state. We have to expand it. We need policies that support people’s whole lives,” Jeyifo said. “All people deserve access to abortion care when they need it, on the timeline they choose and in the community they trust. We will not stop pursuing this vision of abortion justice, no matter what a court says. Callers to the Chicago Abortion Fund have been living in a post-Roe reality for decades.”

So what now? For many, this is a time of shock and anger; for others, it confirms what we’ve always known: institutions don’t give us our rights, we take them.

Here are resources for people seeking abortion services and for people who want to donate to support access to abortion:

Know a resource we missed? Email us†