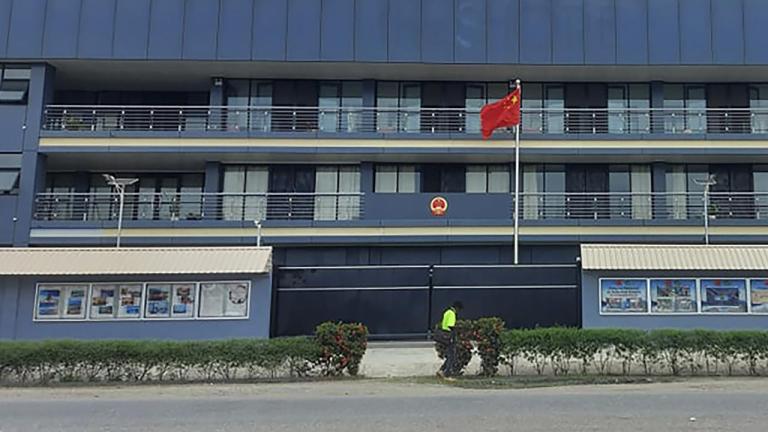 Australia should be “very aware” of the possibility of Chinese meddling in federal elections, a senior minister said.

Home Secretary Karen Andrew said last week that the timing of Beijing’s security deal with the Solomon Islands was significant and that Beijing was “clearly aware” that Australia was in the midst of a federal election.

“We talk about political interference and it takes many forms, so I think we need to be very aware of what Beijing is doing,” she said.

Chancellor of the Exchequer Simon Birmingham told Sky News on Sunday that the comments were legitimate.

“We know that foreign interference is a real risk in the Australian electorate and in Australian politics in general,” he said.

“That is why we as a government have introduced foreign interference laws as part of a series of different safeguards that we have applied to Australia in response to China’s more aggressive and assertive stance and indeed other risks of recent years.”

When asked if there was interference, he said, “That will be a matter for our intelligence analysts and others who will no doubt be watching these matters closely.”

“We have seen tremendous animosity in comments from elements of the Chinese Communist Party and their spokesperson in Beijing towards this government,” he said.

“We want to fight this election over the policies that matter to Australia.

Prime Minister Scott Morrison has described a possible Chinese military base in the Solomons as a “red line”, but takes the government of the Solomon Islands at its word that no such base is intended.

Senator Birmingham said such a base “may require other basic or operational decisions that the US or other partner countries may need to make in the future”.

“We will continue to work with Prime Minister Sogavare and others in the Pacific and recognize his public statements and continued commitments that no foreign military bases will be established in the Solomon Islands.

“And we will continue to provide the record levels of assistance.”