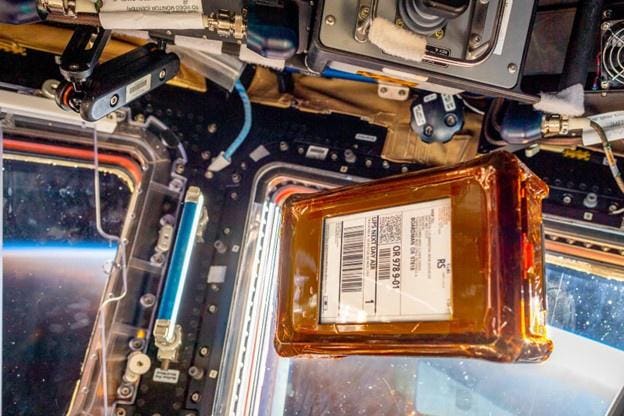 I had the privilege of attending AWS’s re:Mars in Las Vegas this past week. Amazon re:Mars is Amazon’s event for showcasing great work within the machine learning, AI, robotics and aerospace categories.

You can read my Amazon re:Mars pre-coverage where I sit with Rachel Thornton, CMO, and Swami Sivasubramanian of AWS, VP of Database Analytics and Machine Learning, here or you can watch the interview here on the Moor Insights & Strategy Insider podcast episode here. I now want to delve into how AWS and Axiom are working together to exploit an edge compute and storage AWS Snowcone on the International Space Station.

Space as the last frontier

The next hundred years of space exploration will not be the same as the past 75 years of space exploration. Politics and government have largely steered space efforts over the past half century. The motivation to go to the moon was mainly to defeat the Russians and was done by NASA. Looking at current space efforts, much of it is driven by the potential of space from an economic and opportunistic standpoint. I think this is a great perspective. Since humans first went to the moon, government space exploration has dwindled and been dwarfed by private sector efforts.

The transition of space exploration from the public sector (NASA) to the private sector reminds me a lot of the current postal system (USPS). The United States Postal Service was born out of the need to quickly get information about the thirteen colonies, including revolutionary talk that had to be hidden from the British. It was called the Correspondence Committees, then the Constitutional Post, and finally, after the creation of the United States, the USPS. Over the years, while the USPS is still in use, companies like UPS, FedEx, and Amazon have perfected the art of delivering mail and packages to all 50 states and the world. As I go back to space, the same commercial drive and potential that makes Amazon excel in parcel delivery is powering Amazon and other space exploration companies. Compared to sending parcels, space, the final frontier, is a very different animal.

The Challenges of Space Trading

Space research is one of the main drivers for companies like Amazon to go into space. Like any solution, research must precede the development of a solution to whatever challenge needs to be solved. Amazon is tackling data latency and bandwidth issues, from researchers in space to computers on the ground. Amazon is partnering with companies such as Axiom onboard Axiom Mission 1 (Ax-1) to address this issue using AWS Snowcone.

Axiom completed the first all-private astronaut mission to the ISS, which was a critical step in Axiom’s drive to build its first private space station, the Axiom Station. Axiom says an integral part of the Ax-1 mission has been scientific research and has conducted 25 research studies and technology demonstrations with private Axiom astronauts, including a demonstration with AWS Snowcone.

AWS introduced Snowcone a few years ago as an addition to AWS’ Snow Family. You can read my coverage of the AWS Snowcone announcement here. It essentially enables edge computing and data transfer in disconnected environments. It’s a tiny device, small enough to fit in the average backpack and light enough to be on a space mission without thinking twice. In any case, its presence on the ISS is the perfect application to demonstrate the capabilities of such a small and robust device. The AWS Snowcone provided computing, storage and networking capabilities onboard the ISS and away from any ground facilities, allowing researchers to do their work without having to transfer data to the ground.

When it comes to tackling “the last frontier,” devices like the AWS Snowcone define the latest technology within the realm of space. The AWS Snowcone underwent rigorous testing by NASA, including a safety assessment process, thermal analysis, and missile simulation testing.

Like the cloud, the space is full of data

I was privileged to sit with Clint Crozier, director of Aerospace and Satellite at AWS, and he put into perspective how crucial it is and will be to manage and move data from space. You can watch the full interview with Clint Crosier on a special edition of the Six Five On The Road here.

Crozier explained how we live in an environment where 10x more data will come from space in the next half decade. As I’ve said before, data is the digital gold of the future, and we’re on our way to making more data, not less. When I think of how data is already being acquired in space, I think of Planet Labs that takes data from Earth images and analyzes that data across multiple industries.

The cloud is already good at turning data into digital gold. This need to manage and collect data is precisely the problem the space community is already facing. Incredibly, the cloud is a critical solution to our space challenges.

I believe AWS is looking ahead and working with many space exploration companies to lay the groundwork for future space trading. The amount of applications and trade that could be done in space leaves a lot of potential on the table. Imagine a future where wildfire management is done in space and a wildfire can be detected because satellite imagery can catch it in minutes. Imagine a future where a percentage of the crops grown worldwide are grown in orbit, saving space on the ground. Imagine a silicon factory in space. Also keep in mind that the environmental differences in space, such as low gravity, make some studies and experiments easier to perform. There is so much untapped potential in space, and companies like AWS are using the cloud and devices like the AWS Snowcone to enable space exploration.

While the demonstration of AWS Snowcone on the ISS doesn’t seem like a big step for space commerce, it’s a meaningful step to address the issues of data transfer in space. The collaboration between AWS and Axiom is the first of many leaps and bounds that we should see in the coming decades as space trading and exploration become possible. Space exploration and commerce are possible thanks to the advancement of data centers, the cloud, AI and machine learning, robots and dedicated capitalist economies.