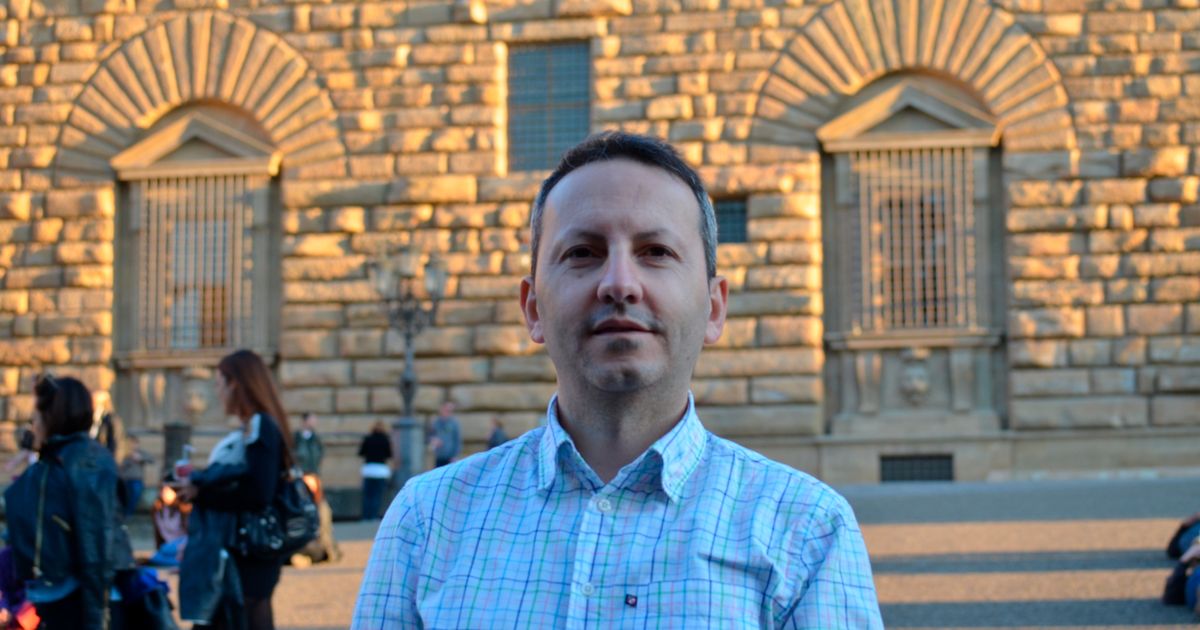 DUBAI, United Arab Emirates (AP) — Vida Mehrannia tries to save her husband’s life. Iran would put him to death within nine days – by May 21.

For Iran, 50-year-old Ahmad Reza Jalali is a spy for Israel. To his colleagues, he is a respected physician specializing in disaster medicine, a highly demanding field. To Mehrannia, he is a beloved husband.

“It’s a nightmare,” she told The Associated Press from Stockholm, where she lives with her 10-year-old son and 19-year-old daughter who have not seen their father in the six years since his arrest. “They want to sacrifice my husband.”

Mehrannia pins her hopes on Jalali’s Swedish citizenship and Stockholm’s efforts to secure his release. The extent of those efforts is unclear, although the Swedish foreign minister called her Iranian counterpart last week and demanded, along with the European Union, that Jalali be released.

But it seems that Jalali’s ties to Sweden have landed him in an Iranian prison.

In Iran, some foreigners are pawns both in Tehran’s internal political rivalry and tensions between Tehran and western capitals, analysts say. A pattern of Westerners being picked up has become increasingly apparent since the collapse of Iran’s nuclear deal with world powers.

On Wednesday, Iran said it had detained two Europeans just hours after the European Union envoy landed in the capital in a last-ditch effort to salvage the tattered nuclear deal.

Iran has jailed at least a dozen people with dual citizenship in recent years. Most of them are being held on suspicion of espionage.

Here’s a look at the forces at play in Jalali’s case.

Jalali was born in Tabriz, the northwestern city of Iran. He built a successful career in Italy and Sweden, publishing more than 40 articles in medical journals and teaching all over the continent. When an Iranian university invited him to a workshop in April 2016, he had no doubts.

He never saw his family again.

Security forces arrested him, accused him of leaking details about Iranian nuclear scientists believed to have been killed by the Mossad, and took him to the infamous Evin Prison in Iran, where he was sentenced to death.

Meanwhile, a landmark quest in Sweden to hold a former Iranian official accused of committing atrocities has sparked outrage in Tehran.

The two cases coincided uncomfortably. Hamid Nouri is on trial in Stockholm for war crimes and murder committed during the Iran-Iraq war — a conflict that ended more than a quarter of a century ago and haunts Tehran to this day.

WHAT HAPPENS BETWEEN IRAN AND SWEDEN?

For the first time, several Iranians who survived mass executions at the end of the Iran-Iraq war have taken the stand in a Swedish court.

Iran denies any connection between the controversial trial and Jalali’s death sentence – which was imminent last week as the Swedish court proceedings made international headlines. The Iranian judicial spokesperson on Tuesday declared Jalali’s sentence final. His family thinks the cases are related.

The allegations in Sweden date back to 1988 after Iran’s then Supreme Leader Ayatollah Ruhollah Khomeini accepted a UN-brokered ceasefire. Members of the Iranian opposition group Mujahedeen-e-Khalq, heavily armed by Saddam Hussein, stormed the Iranian border from Iraq in a surprise attack. Iran has blunted their attack.

At about that time, mock trials of political prisoners began, during which suspects were asked to identify themselves. Those who responded “mujahedeen” were sent to death, according to a 1990 Amnesty International report. International human rights groups estimate that as many as 5,000 people were executed.

Iran has tried to bury this dark chapter of history. But now the sensitive memories are being brought to light. Former detainees have told Swedish courts that Nouri, a former Iranian judicial officer, has handed down death sentences, led convicts to chambers where they were executed and helped prosecutors collect the names of those who sympathized with the mujahideen. Nouri denies involvement.

The verdict is expected in July and, if found guilty, 61-year-old Nouri could face life in prison. The case reverberated in Tehran, where hardline former head of the judiciary, Ebrahim Raisi, served on the committees issuing execution orders.

Iran is furious and condemns the proceedings as “an unjust and illegal show trial”.

Iranian authorities have since detained another Swedish citizen, a tourist traveling in the country, the Swedish Foreign Ministry confirmed last week.

WHY DOES IRAN STOP FOREIGNERS?

Four decades ago, young Iranian revolutionaries stormed the US embassy and took 52 Americans hostage for 444 days. They were released in 1981, but Iran’s hostage policy has never ended, analysts say.

“It ebbs and flows, but this has been an infamous page in the Islamic Republic’s script since 1979,” said Ray Takeyh, an Iran expert at the Council on Foreign Relations. “Iran usually holds foreigners as a means of getting leverage or something else out of that other country.”

The tactic has burst into public opinion as prisoner swapping gains momentum. When Tehran’s nuclear deal with world powers went into effect in 2016, four American prisoners flew home from Iran. That same day, the Obama administration flew over $400 million in cash to Iran.

More recently this spring, two British citizens who had been imprisoned in Iran for more than five years were sent home after the UK paid a decades-old debt to Iran.

A United Nations panel describes their incarceration as part of “an emerging pattern of arbitrary deprivation of liberty of persons with dual citizenship.”

WHAT IS IRAN’S HISTORY OF PRISONERS EXECUTION?

Iran is one of the world’s greatest executioners. In March, the UN Special Rapporteur on Iran told the Human Rights Council that the number of executions in Iran had risen to 280 last year, including at least three minors.

However, the execution of foreigners remains extremely rare. It is not publicly known that Iran has executed a foreigner in the past two decades.

People of two nationalities who have received the death penalty in recent years, such as the Iranian-Canadian Hamid Ghasemi or the Iranian-American Amir Hekmati, have had their sentences commuted.

Last year, UN rights experts warned that Jalali was facing harsh conditions and “death approaching” as his health deteriorated rapidly in solitary confinement. His conviction, the UN says, stems from a confession obtained under torture after an unfair trial.

Deprived of sleep under bright lights, he waits for the day when he will be carried off to be killed.

It’s a horror his family says they share, even 3,000 miles away.

“It’s torture. … It has completely taken over our lives,” said Mehrannia. “We suffer for the politics of other countries.”