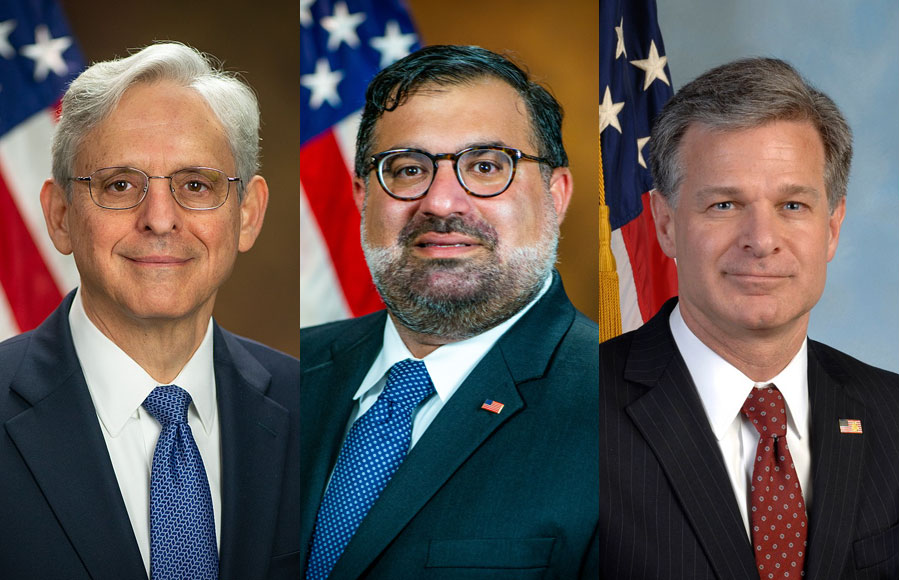 “No, the president was not aware, was not aware of it. No. No one in the White House got a warning, no. That didn’t happen.”

“The lady is protesting too much, I think.” I counted four times she said the word “no.”

In other words, Jean-Pierre emphatically suggested that Team Biden is not guilty of knowing about the raid to avoid public scrutiny and backlash.

Big Tech uses a content filtering system for online censorship. View our short video about NewsGuard to learn how to tell the story for the Lamestream Media and help keep you in the dark. NewsGuard works with Big-Tech to make it harder for you to find certain content they feel is “missing context” or stories that their editors consider “not in your best interest” – whether they are true and/or factually correct to be. They also partner with payment processors and ad networks to cut revenue streams to publications that they rate poorly by the same bias standards. This should be criminal in America. You can get around this third world nonsense by signing up for recommended stories by email and get the good stuff straight to your inbox.

It is clear that the Biden group is not the victim of the scandalous home invasion of a former US president. No way – no how. nada. Don’t do it. Not really. Deny, deny, deny.

So, who is more incompetent in this situation? Attorney General Garland for not informing Biden; DOJ director Bobak Talebian for failing to tell Garland to inform Biden; or FBI Director Christopher Wray for not double-checking to make sure Team Biden knew so they could bring out the eco-friendly fried crickets and cockroach milk to celebrate.

hmm. Let’s examine the evidence. If the Oval Office clique knew about the raid before, they’re lying dogs. If AG Garland, the FBI, and the DOJ deliberately executed the search warrant behind Biden’s back, they appear to the public to be a version of the Keystone Cops.

Will the real truth please stand up?

Did Biden know about the robbery and forget? Or was Barack Obama the mastermind behind the raid and was Biden deliberately kept out of the ring to avoid spilling beans? Perhaps George W. Bush sidestepped Biden and Obama and hatched the idea of ​​the raid with the FBI and DOJ.

Perhaps they were so absorbed in the dizzying joy of ensuring that Trump could not or would not be re-elected in 2024 that they simply experienced a temporary brain overload of dopamine.

Here’s the perfect ruse. Tell the mainstream media that an unknown attacker, wearing a Maga hat, spiked the cockroach milk with fermented cabbage and no one remembers. Front page news of the New York Times baby! Happy Hour on CNN! Only slight skepticism from Rachel Maddow.