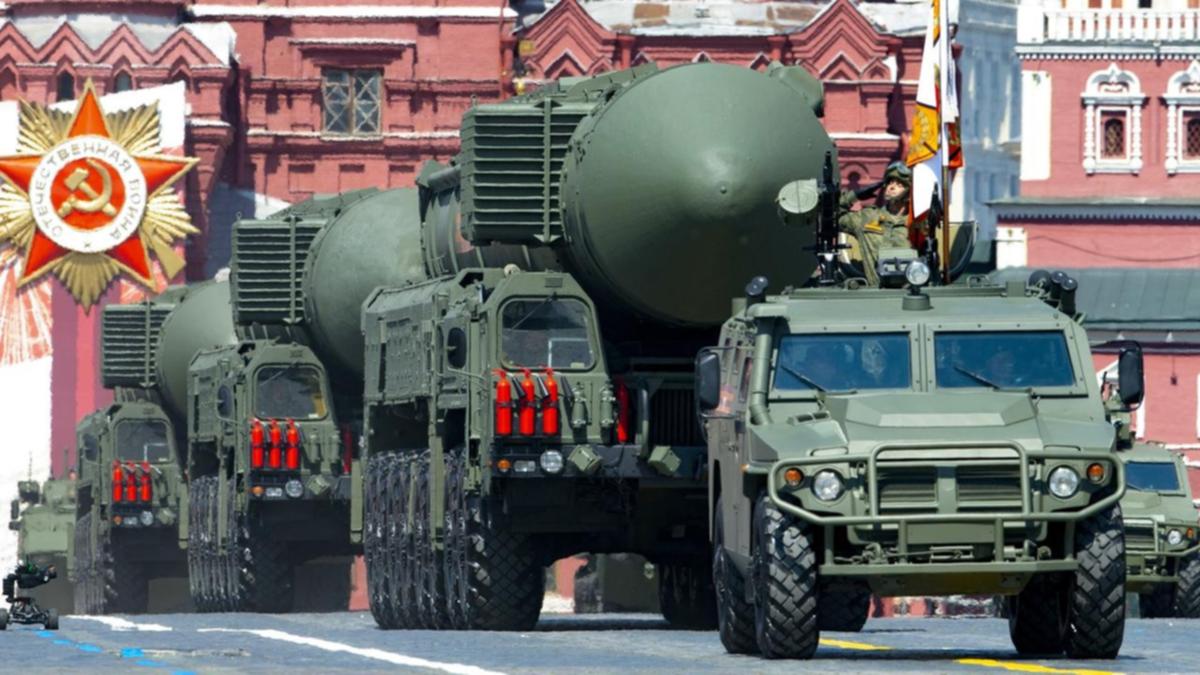 Less than a year ago, Putin and Biden issued a statement at their Geneva summit suggesting the threat of nuclear war was a Cold War relic.

“Nuclear war cannot be won and must never be fought,” they agreed.

Putin on Sunday told his top defense and military officials to put nuclear forces in a “special regime of combat duty”, but it was not immediately clear how that might have changed the status of Russian nuclear forces, if at all.

Russia, like the United States, keeps its land-based intercontinental ballistic missiles, or ICBMs, on a high state of readiness. It is believed Russian submarine-based nuclear missiles are similarly positioned.

Putin indicated he was responding to economic sanctions imposed by Western nations in recent days for his invasion of Ukraine, as well as “aggressive statements regarding our country”.

The Russian leader’s words amount to the kind of threat rarely heard even during the Cold War period, when vastly larger nuclear arsenals of the US and the former Soviet Union threatened the world with nuclear Armageddon.

HOW DOES THIS CHANGE THE RISK OF NUCLEAR WAR?

US officials, while disturbed by Putin’s words, indicated they did not know what he intends. But it is so rare for an American or Russian leader to issue an implied nuclear threat, particularly in the current context of the war in Ukraine, that the risk of it going nuclear cannot be dismissed.

In Russia, like in the United States, the president has sole authority to order a nuclear strike.

The United States and Russia have the two largest nuclear arsenals in the world, by far.

They include weapons that can be delivered by aircraft, submarine and land-based ballistic missiles.

The only time in history nuclear weapons have been used in combat was when the US twice bombed Japan in August 1945.

At that point the US had a global monopoly on nuclear weapons. The Soviet Union successfully tested its first bomb in 1949.

“Inserting nuclear weapons into the Ukraine war equation at this point is extremely dangerous, and the United States, President Biden, and NATO must act with extreme restraint,” Daryl Kimball, executive director of the Arms Control Association, said.

“This is a very dangerous moment in this crisis, and we need to urge our leaders to walk back from the nuclear brink.”

WHAT DOES IT MEAN TO PUT NUCLEAR WEAPONS ON ALERT?

According to US nuclear doctrine, the weapons’ alert level is central to their role: being prepared to respond on short notice makes an enemy less likely to attack.

A counterargument is that having ICBMs, which the Pentagon calls the most responsive portion of its nuclear arsenal, on high alert during a crisis compresses a president’s room for decision-making and leaves open the possibility of ordering them launched in response to a false alarm.

The 400 deployed US ICBMs are armed at all times.

During the Cold War, US and Soviet weapons were not only more numerous but also in a higher state of readiness.

HOW HAS THE UNITED STATES RESPONDED TO PUTIN SO FAR?

There is no evidence the Biden administration has responded in any sense to Putin’s announcement he was ordering his nuclear forces into a “special regime of combat duty”.

In addition to his strategic nuclear force, Putin has at least a couple of thousand so-called ‘nonstrategic’ nuclear weapons, such as shorter-range ballistic and cruise missiles.

They are called nonstrategic because they cannot reach US territory, but that is little comfort for the countries in Europe within range.

The United States has about 200 non-strategic weapons in Europe; they are bombs that would be delivered by Europe-based aircraft.

For years, some US officials have worried that Putin, if faced with the prospect of losing a war in Europe, might resort to the use of nonstrategic nuclear weapons, thinking it would quickly bring the conflict to an end on his terms.