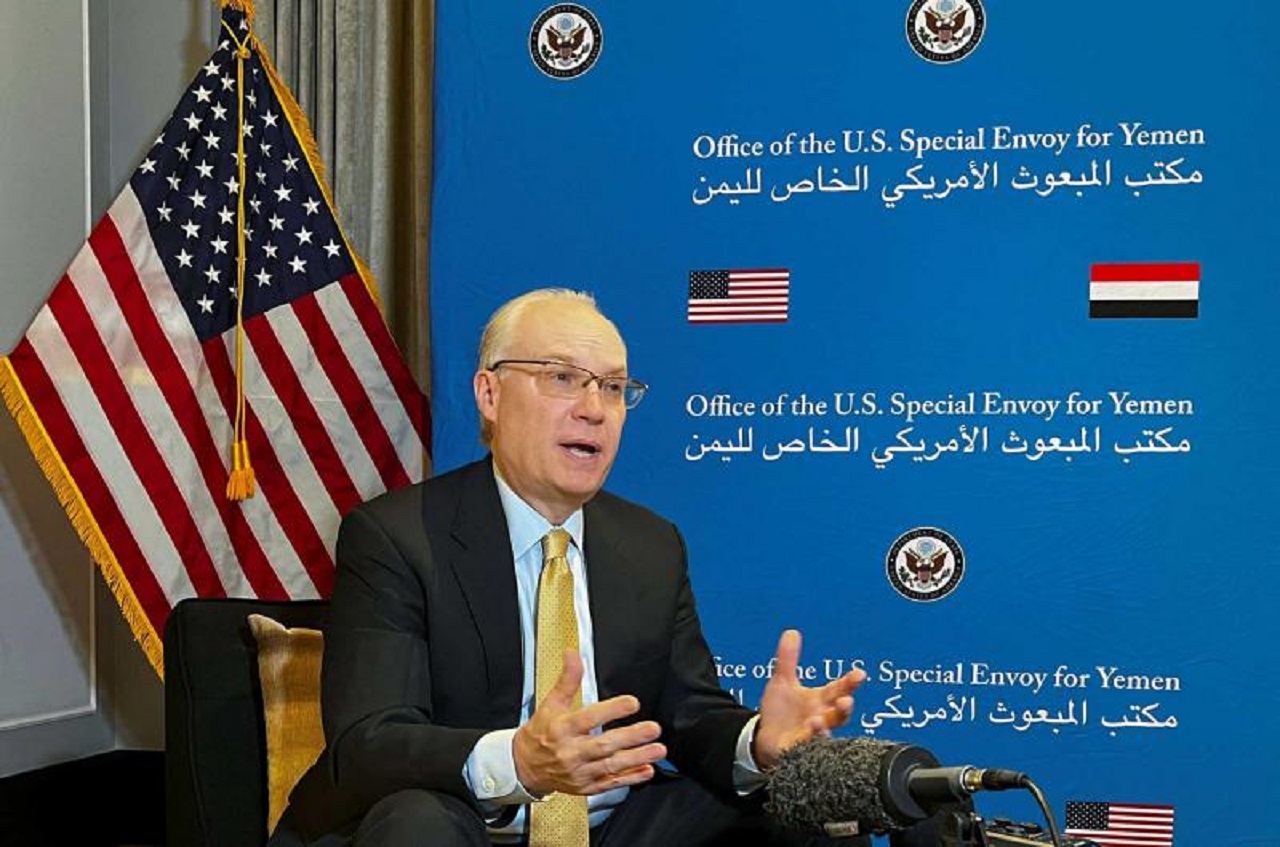 Today, Wednesday, US Special Envoy to Yemen Tim Lenderking called on the Houthi group to show greater flexibility on a comprehensive ceasefire agreement proposed by the United Nations to build on an earlier agreement that expired on Sunday , after seeing their demands as “exaggerated” and “impossible”.
Lenderking told a news conference that the Houthis, who control North Yemen, were making “exaggerated and impossible demands” for a proposed mechanism for paying public sector salaries, but he was confident an agreement could be reached if the group would show more flexibility.
Lenderking said negotiations led by the United Nations and US diplomacy “continue uninterrupted”.
He added that key elements of the initial truce remain in place, such as the relative reduction in violence and fuel shipments to the port of Hodeidah and the continuation of commercial flights from the capital Sanaa and the Houthis who control both cities.
“I’m convinced we can get there if the Houthis drop the very high standards they set,” Linderking said.
He also criticized recent Houthi statements threatening commercial shipping and oil companies, saying the United States will continue to help its Arab partners in the Gulf to defend themselves.
For his part, the UN special envoy to Yemen, Hans Grundberg, called on all parties to exercise maximum restraint in order to allow the ongoing discussions to bear fruit and take Yemen out of the cycle of violence, Reuters reported.
Grundberg urged all parties to exercise maximum restraint during this particularly sensitive period, noting that any minor incident can currently have serious consequences.
He also called on everyone to take the ongoing discussions to fruition and ensure that the necessary steps are taken to lift Yemen out of the cycle of violence it has been going through for seven years.
At the same time, the UN special envoy to Yemen indicated that the issue of salary payments is complex and cannot be easily resolved.
He said the issue at the negotiating table requires a long-term solution and that no one can expect a quick and easy solution.
Meanwhile, Iran’s Mehr news agency reported that Iran’s foreign minister’s chief adviser on political affairs, Ali Asghar Khaji, has held a “video conference” with United Nations envoy to Yemen, Hans Grundberg, as part of consultations for a peaceful settlement of the situation in Yemen.
The two sides stressed the need to step up efforts to restore the ceasefire and extend the ceasefire in Yemen.
And earlier, the European Union mission to Yemen issued a statement criticizing the Houthi group’s tough demands, which prevented the extension of the UN ceasefire that expired last Sunday.
The European statement expressed deep concern over what it considered to be “unacceptable threats” from the Houthis to attack oil companies and commercial shipping in neighboring countries.