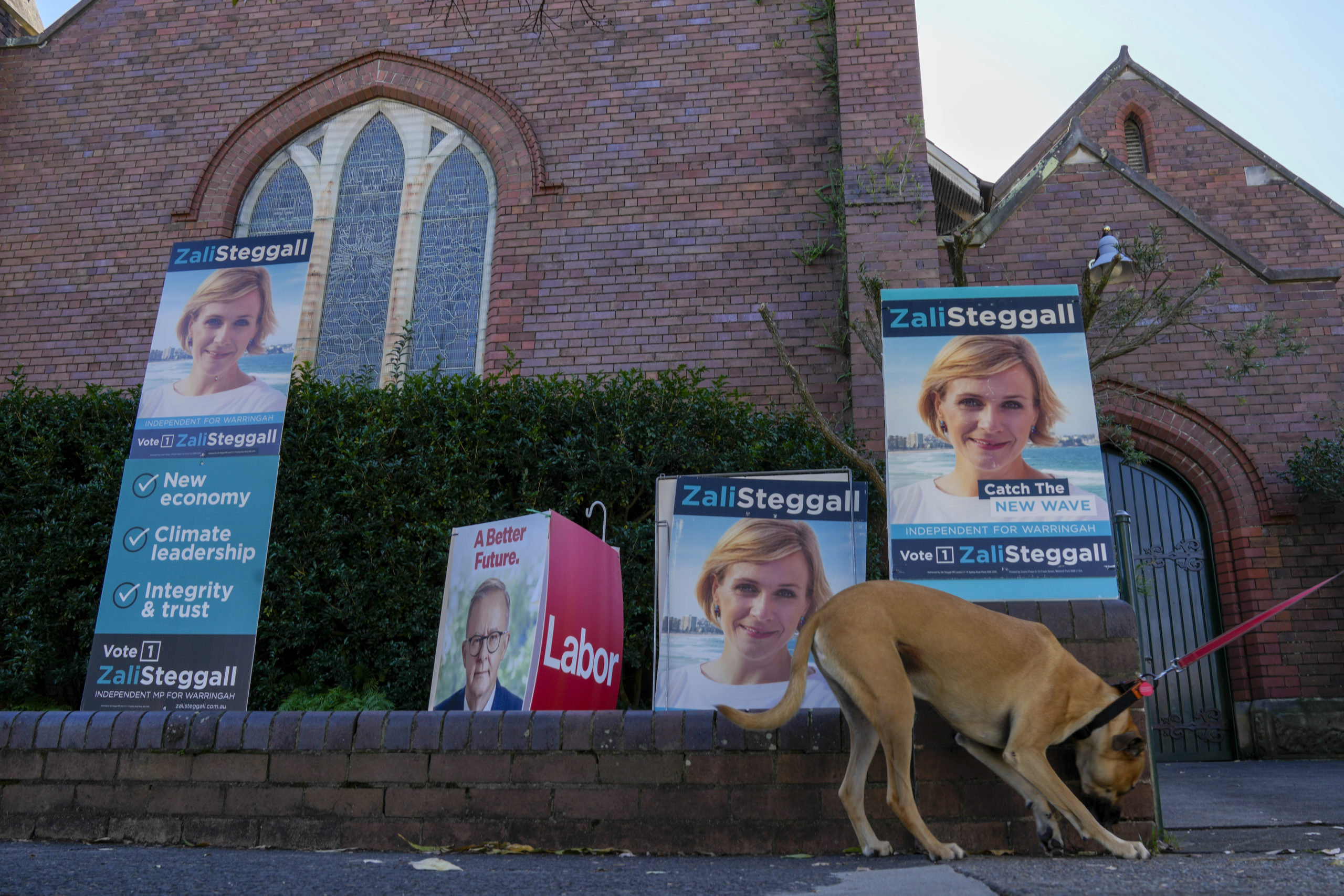 Political commentators often use the idea of ​​a political spectrum from left to right as an abbreviation for understanding political ideologies, parties and programs. Derived from the National Assembly’s stance in the French Revolution, it has been a remarkably resilient form of political shorthand.

Is it helpful to explain what happened in the 2022 Australian federal election?

The usual way of looking at such matters has been to view the Liberals and Nationals as parties of the right, and Labor and the Greens as parties of the left. Terms like center-right and center-left have sometimes been used to allow for more sophistication, which has been deemed necessary, especially with the spread of xenophobic and extreme parties further to the right in many countries.

The term ‘center party’ has sometimes been used for smaller parties that seem to sit amongst the others, however uncomfortably so – the Australian Democrats being an example.

If the spectrum does indeed remain a useful concept, it could be argued that the 2022 elections will reveal an electoral shift to the left. It is arguably the most important since the combined dynamics of the 1969 and 1972 elections that brought the Whitlam government to office.

Government changes in federal politics are rare. There have been eight since World War II, and three of them were in a turbulent decade between late 1972 and early 1983. Australian voters have a habit of giving back governments and they tend not to lightly sideline a sitting official. to shove. If they do, it’s reasonable to ask whether this indicates a broader shift in voter attitudes and preferences.

Australian voters, in particular, have normally clung tightly to non-Labour governments. Joseph Lyons won three elections before the war as leader of the United Australia Party (no relation to Clive Palmer’s), while Robert Menzies won seven from 1949 for Liberal party coalitions. His successors led a few more between them, bringing their total to 23 years of uninterrupted rule.

John Howard won four times for nearly 12 years, and Malcolm Fraser three times for just over seven. The coalition government just defeated has won three elections under three different leaders. All things considered, since the 1910 House elections became largely a two-way contest between a government and an opposition, non-Labor ruled for two-thirds of the time and Labor for a third.

Labor’s main vote in this election is the current count, at an all-time low of around 32%, but the emphasis placed on this could misinterpret the electoral vote. Once preferences are split, the party is currently aiming for a two-party preference vote of around 52% against the coalition’s 48%. If maintained, that will be a fraction behind the votes Gough Whitlam received in 1972 and Kevin Rudd in 2007 (both 52.7%) and just over a point behind Hawke in 1983 (53.2%).

We have been using the preferential system, known internationally as the Alternative Vote, for house elections since 1918. By federal election standards, voters in 2022 will have expressed a clear preference for a party deemed “center-left” or “progressive” over a party. that is “center right”, “conservative” or even “liberal”.

The opposition Australians are willing to send into government is led by a man few consider to have the charisma of John Curtin, Gough Whitlam, Bob Hawke or Kevin Rudd. Anthony Albanese shows sincerity, integrity and authenticity, which gave him advantages over a prime minister whose popularity was on the wane. But it’s unlikely he got the support these past Labor leaders could mobilize on the basis of personal appeal. Maybe he will in time, but not this time.

Albanian followed a strategy of small goals, which could lead someone to doubt that his election means much at all. But this is only part of the story. As the campaign progressed, Albanian sounded increasingly in line with values ​​normally understood to be in Labour’s DNA.

He opposed media and harassment by the coalition for his support of preserving the real wages of low-paid workers. He talked about universal childcare facilities, which have a Whitlamite feel to them. He showed a strong commitment to the Uluru Statement From the Heart. His language was about caring, cooperation and cooperation, from “we” and “us” more than “you” or “me”.

Labor took seats from the coalition – a point perhaps lost in the understandable emphasis on the victories of independents and Greens. The shift to Labor in Western Australia appears to be between 10% and 11% – no doubt entangled in the politics of the pandemic, but nonetheless a radical shift in a state where Labor is usually struggling.

Labor wins coalition seats in Sydney, Melbourne, Perth and Adelaide. Indeed, the coalition has been nearly wiped out in all of these cities by a combination of Labour, independents and, in Melbourne, Greens.

Labor’s national swing appears to be around 3.6%. As a result, many of its own seats have become safer, while it is now a striking distance from the coalition’s. Aston in Melbourne’s affluent eastern suburbs, owned by Alan Tudge and an outer island in a sea of ​​red, teal and green, has gone from safe to marginal. The coalition hopes it could take Hunter, given the big blow that’s been done there in 2019 and the supposed strength of pro-coal opinion now looks a little ridiculous.

In Brisbane, the Greens have seats – possibly three – from both Labor and Liberals. This could be seen as an unequivocal leftward shift by inner-city Brisbane voters, although Labor has failed to capitalize on it.

It is a major breakthrough for the Greens in the House of Representatives, where they previously only had their leader, Adam Bandt, representing Melbourne. This success will greatly enhance their position in the new parliament, where the government will often need the support of the Greens in the Senate, even if it gains a majority in the House of Representatives.

The Greens’ success will equally worry Labor strategists worried about their own inner city strongholds, just as the party’s greater inability to win seats in regional Queensland will remain a concern. But even here, Labor has managed to achieve a bipartisan swing of more than 5% on the current count, which might put some seats at a striking distance next time.

The rise and rise of the independents has rightly been the story of the election. The central themes of their campaign – climate change, anti-corruption and gender equality – have become the property of “progressives” and the “left” through the grueling efforts of Scott Morrison and the coalition, support of now dubious value from the Murdoch media, and the place of the environment in the right-wing culture wars.

Climate and energy policy now, more than any other subject, defines what it is to be ‘conservative’ and ‘progressive’ in Australia. This is the work of a succession of powerful conservative politicians who saw political advantage in this framing and enjoyed their parties’ relationship with the fossil fuel industry. Tony Abbott, Morrison and Barnaby Joyce were among the most influential.

They can now see their achievement. The Liberal Party is a drastically depleted and demoralized force. The coalition could fall apart. The right-wing populist minor parties such as Pauline Hanson’s One Nation and Clive Palmer’s United Australia Party have performed poorly, with Hanson’s Senate seat at risk – perhaps another measure of a general shift to the left.

Australia will have the most progressive parliament for years to come. And the coalition will have to dig deep, possibly led by a leader – Peter Dutton – who will be an odd but inevitable choice for a party that must both soften its image and change its content to have any hope of avoiding much. years in the wilderness.

This article is republished from The Conversation under a Creative Commons license. Read the original article†