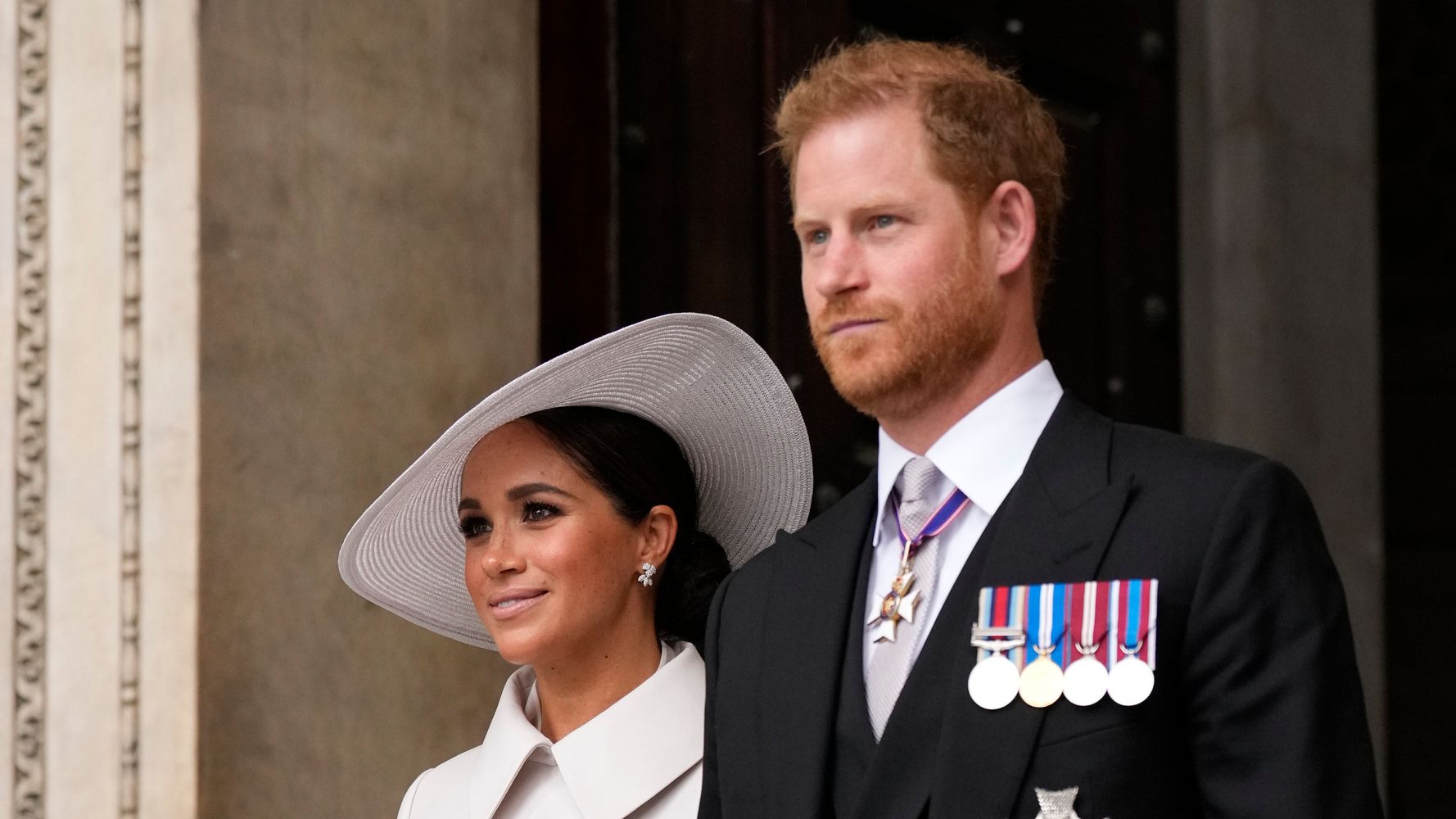 The Sussexes are back in town.

The pair joined other members of the royal family, including Prince Charles and Camilla, Duchess of Cornwall; Prince William and Kate Middleton; Prince Edward; and Princess Anne, at London’s St Paul’s Cathedral for a thanksgiving service celebrating 70 years on the Queen’s throne.

Harry and Meghan attended Trooping the Color on Thursday, the official celebration of the British monarch’s birthday, although they did not appear on the balcony of Buckingham Palace with other members of the royal family as they no longer work royals.

The service marked the Sussexes’ first public appearance alongside the Duke and Duchess of Cambridge since March 2020, when both couples attended a Commonwealth Day service at Westminster Abbey. Meghan and Harry officially stepped down as working royals that month and moved to California, where they now live.

On Friday, the royal couples did not sit on the same side of the church and were not seen together before or after the service.

Buckingham Palace announced on Thursday evening that the Queen herself will not attend Friday’s service due to health problems.

“Considering the travel and activity required to participate…Her Majesty has concluded with great reluctance that she will not be attending,” the palace said in a statement.

The 96-year-old monarch experienced “some discomfort” during Thursday’s events, the palace added. The Queen’s disgraced son Prince Andrew also dropped out of service after testing positive for Covid-19.

A source close to the duke told HuffPost on Thursday that Andrew was “naturally disappointed and saddened that he will not be able to join other royal family members” at the service.

Check out more photos from the platinum anniversary celebrations below:

Prince Louis lets out a cry as members of the Royal Air Force fly past Buckingham Palace in London.

The Royal Family on the balcony of Buckingham Palace during Trooping the Color on June 2.

Prince Charles and Prince William at Trooping the Colour, also known as the Queen’s Birthday Parade. It is a military ceremony performed by regiments of the British Army since the mid-17th century and marks the official birthday of the British Sovereign.

Prince George, Princess Charlotte and Prince Louis of Cambridge during Trooping the Colour.

The Household Cavalry rides through The Mall during the Trooping the Color parade.

Queen’s daughter Princess Anne during the Trooping the Color parade.

Animal Rebellion activists are arrested during Trooping the Colour.

The children of the Duke and Duchess of Cambridge on the balcony of Buckingham Palace.

A reenactor checks his mobile phone ahead of a beacon lighting ceremony on part of Hadrian’s Wall in northern England on June 2, part of Queen Elizabeth II’s platinum jubilee celebrations.

Queen Elizabeth II hits the Commonwealth Nations Globe to start the lighting of the Principal Beacon at Windsor Castle on June 2.

Projections on the front of Buckingham Palace show Queen Elizabeth II lighting the beacon on June 2.